This morning I introduced an all-new, cleaned-up version of The Graph which only includes commercial policy enrollments via the ACA (exchange QHPs, plus references to off-exchange QHPs, ACA-enabled ESIs and sub26er enrollees), projected out through Nov. 15th (when the whole process starts all over again).

Now I've added the other half of the revamped graph: ACA-enabled Medicaid/CHIP enrollments.  Like the QHP graph, there are 3 color-coded sections, but in this case they represent "Strict ACA Expansion" (people who are only eligible for Medicaid/CHIP due to the income provisions within the law in half the states); "Bulk Transfers" (ie, transferred from existing state-run programs such as LIHP in California, Commonwealth Care in Massachusetts, etc. due to ACA provisions) and "Woodworkers" (people who were already eligible for Medicaid prior to the expansion provisions, but who never enrolled before due to either being unaware of their eligibility, not understanding the process, etc). "Woodworkers" are folks who have been "drawn out of the woodwork" since last October thanks to a robust outreach program by the government and affiliated nonprofits, as well as a streamlined enrollment process and other measures.

Also like the QHP graph, I've been emboldened enough to project the Medicaid/CHIP graph out through mid-November. Between the two graphs, I'm projecting that by the time 11/15/14 comes around, the Affordable Care Act will have enabled new healthcare coverage for appx. 28 million people:

Out of those, appx. 13 million should be newly insured, up from 11 million through August:

Again, I've posted the new Medicaid/CHIP-only graph below, but the larger version can be found at its permanent link. 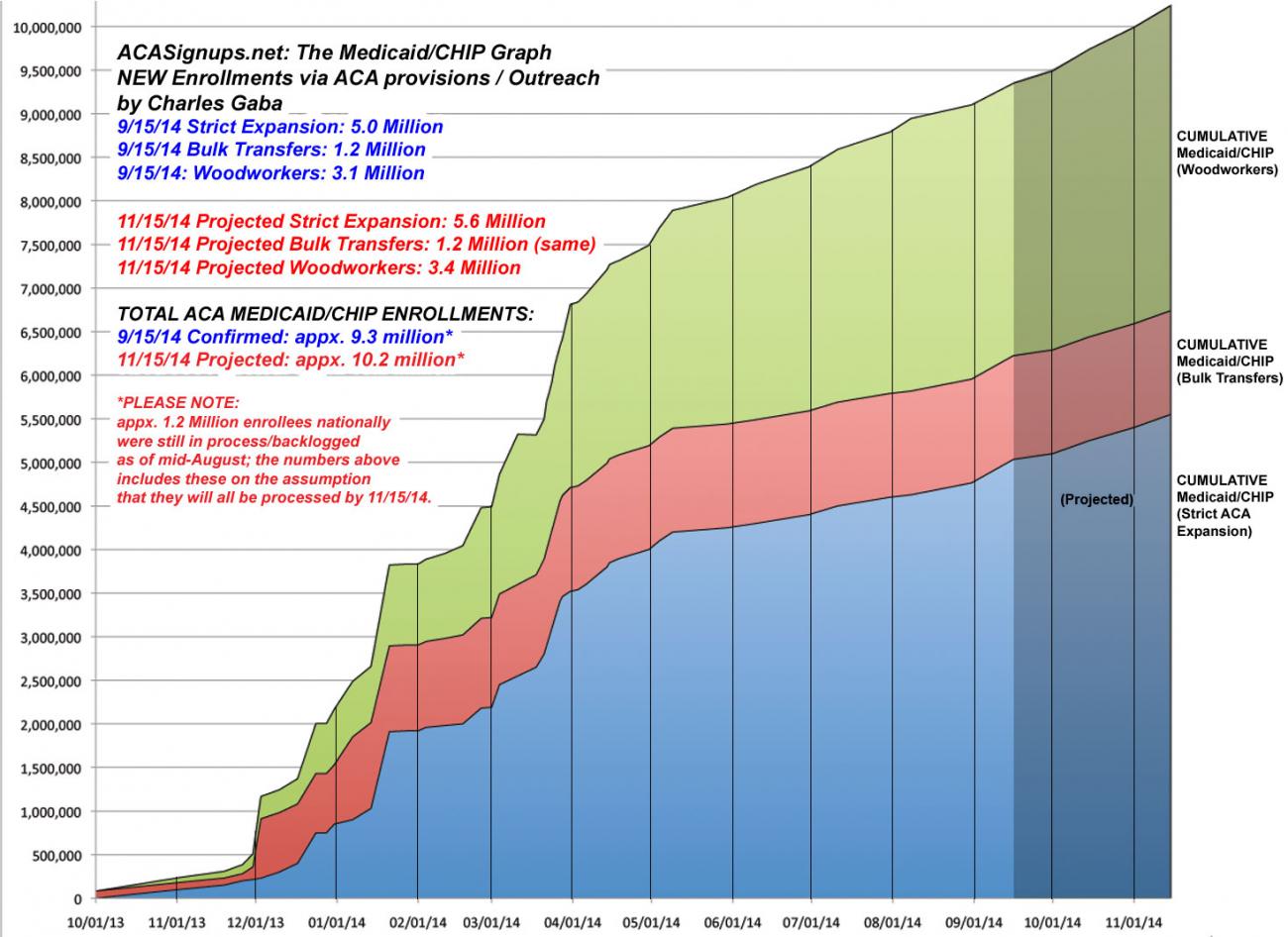