I'm about to show you a chart which demonstrates several noteworthy things about QHP enrollment in Oregon (which, in spite of the terrible technical problems their site has had, has managed to enroll a similar ratio of their uninsured residents in private policies (around 34%) via their exchange to Kentucky, which is considered one of the most successful exchanges).

First, here's the latest numbers, as of 4 days ago:

1 Total numbers are the number of enrollments that have occurred through Cover Oregon.

2 Net numbers are enrollments remaining in the system on this date after cancellations and terminations.

However, it's important to remember that this is relative to the last official enrollment number released by the HHS Dept. back in May, which only ran through April 19th. The number on that report? 68,308.

If you use that as your benchmark, then Cover Oregon's current paid enrollment is actually 15% higher than the official number.

The reason for this, of course, is that the total enrollee number has kept moving upwards since 4/19 (though obviously at a slower pace during the off-season than during the open enrollment period).

On the other hand, as with just about every other state, not all of those who "enroll" actually pay their first month's premium, and there will be some attrition after the 1st, 2nd, 3rd month and so on as people drop their coverage to move on to other forms of coverage (Medicare, Medicaid, ESI) or move out of state (or die, for that matter...hey, it happens to everyone sooner or later...)

The tricky part is that so far only one state--Washington--has issued a report which separates out all 3 of these number (total, paid and dropped). For other states such as Oregon, the additions and subtractions are sort of mushed together, making it difficult to tell what the hard numbers are for each. Fortunately, Oregon has reported their net enrollment with every update since March 19th, allowing me to chart the net number relative to the high point, like so: 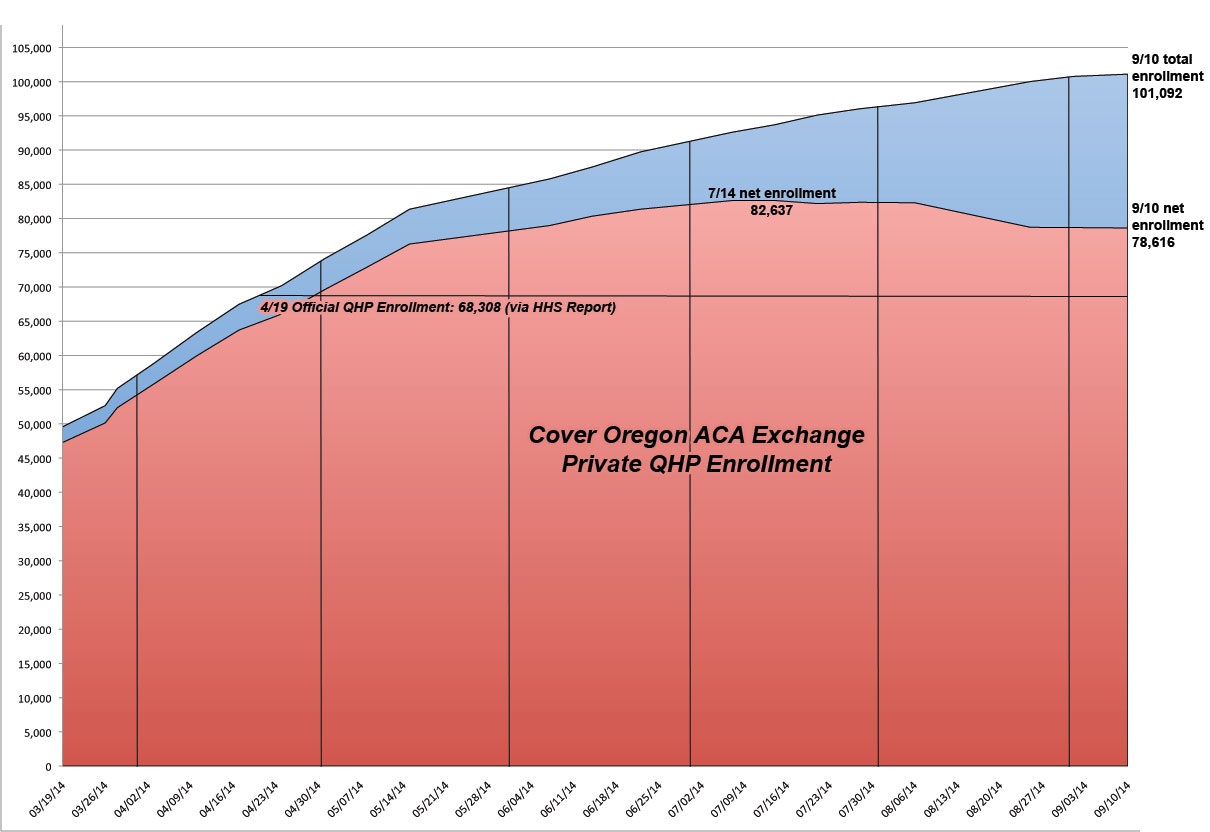