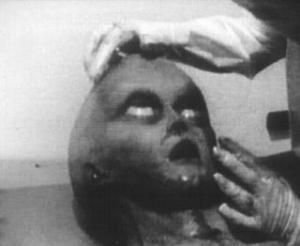 Contributor ArcticStones forwarded this to me. I'm not in a position to either confirm or debunk many points in this article, but a quick search of this site for "Massachusetts Limbo" will bring up a number of references made in it. The author is a quite open Republican activist. However, if his claims are correct--and the bulk of them certainly seem to be--then those in charge of the first version of Massachusetts' ACA exchange should be held accountable for some rather appallingly bad decisions before, during and after the 2014 open enrollment period.

I generally support the Affordable Care Act, and states like Kentucky, Connecticut and (for the most part) Washington State, New York, Rhode Island and Colorado have proven that when the technology, budget, personnel and other project aspects are handled properly, it can be extremely successful. However, that also means not turning a blind eye or blaming the wrong source when things go wrong...and in the case of states like Oregon and Massachusetts, things did indeed go very, very wrong.

Oregon still has one hell of a legal, financial and technical mess to clean up, but at least they mitigated some of the damage by manually processing almost half a million people through their exchange system. Massachusetts, on the other hand...

The following is a summary of the full report, which was published at Medium.com on August 26th, 2014. Again, I can't state for certain that everything here is accurate, but lord knows something went terribly wrong in Massachusetts, and this is the most comprehensive attempt I know of to explain what that was...and "comprehensive" is an understatement (it'd be a novella if printed out in paperback form):

This 31,000 word report covers the entire story of the troubled Massachusetts Health Exchange project, and provides expert commentary from an IT expert. It was created to help the public fully understand what happened, and why.

The bulk of the report is a timeline. This was done to show the difference between what was known internally, and what the public was aware of. It shows that severe problems with the exchange were hidden from the public all the way to the launch. Afterwards, the problems continued to be hidden, or were minimized. Worse, the government consistently put out false information about the project before, during, and after the launch. The report also aggregates newspaper stories about people who were harmed by problems renewing their health insurance, and points to previously unreported evidence that there are customer service logs at the health connector documenting how serious many of the problems were. The report comes to the following conclusion:

Our government was so proud of its health policies, and so worried about the image of the policy-makers, that it decided nothing else mattered as much: not good government, not sound management, not telling the truth, and not even the people who needed health care.

What's new in this report

There have been many stories in the newspapers about episodes in this story, but these are items previously unreported:

This report was written by Ed Lyons. He is a writer and seasoned technical architect with many years of IT experience, and has assisted on large, troubled projects. He has a close friend who went through the exchange enrollment in 2013 and had great difficulties with the process. Disappointed with the scattered coverage by the media, he wanted to tell the entire story with commentary that revealed what happened and why. He is on twitter as @mysteriousrook.