When I posted my dumb-simple solution/workaround to resolve the Halbig decision back on July 2nd (assuming that it's upheld, which is by no means guaranteed), I meant it seriously, but figured that no one else would. I mean, really...the salvation of the most important healthcare law of the past 50 years and the single most important accomplishment of the Obama administration could end up being as simple as registering 3 dozen domain names and putting up a splashpage?

However, over the past 36 hours, it's starting to look like my solution, or some semblance thereof, could actually be for real...and it's being taken seriously by some people in the know, including Larry Levitt of the Kaiser Family Foundation, Jamey Harvey of the DC Health Link, and Richard Mayhew of Balloon Juice. Heck, even Brian Beutler of the New Republic and Adrianna McIntyre of Vox thought it merited consideration, although McIntyre was doubtful.

So, let's say that there's a worst-case scenario (or at least the threat of it is enough to spook some states into action). What would those states have to do?

Well, according to McIntyre, they'd have to set up some sort of techical "eligible entity" via an "incorporated" person with healthcare insurance experience (but who isn't an insurer themselves), or some subsection of their Medicaid agency. Neither of these would seem to be too big of a deal. 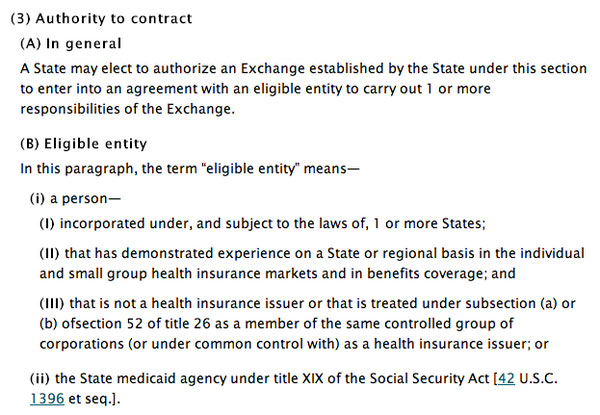 Then, they'd presumably just have to register MyStateHealthCare.gov or whatever, and set up a basic splashpage (or, if they want to take a few more hours, perhaps a simple informational site)...and make sure that the site then redirects you over to the appropriate section of Healthcare.Gov itself.

The result would likely end up looking something like either GetCoveredIllinois.Gov... 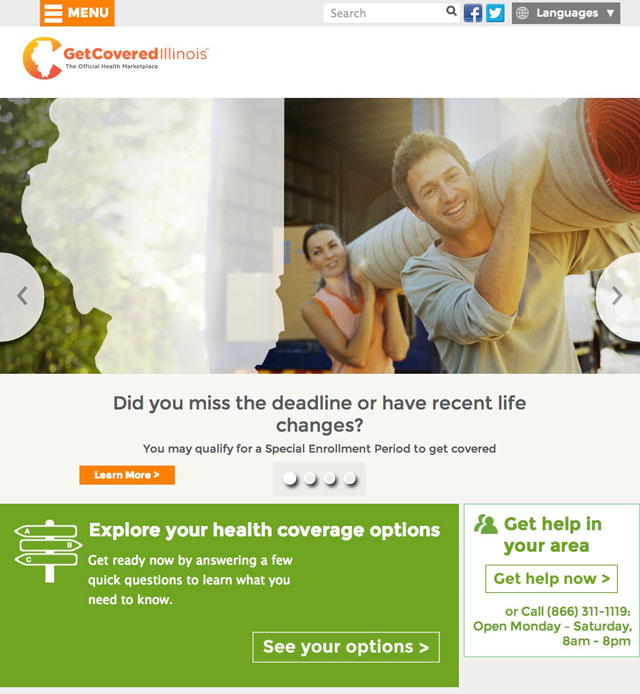 ...or, for the states which aren't as concerned about looking slick, CoverVirginia.Org: 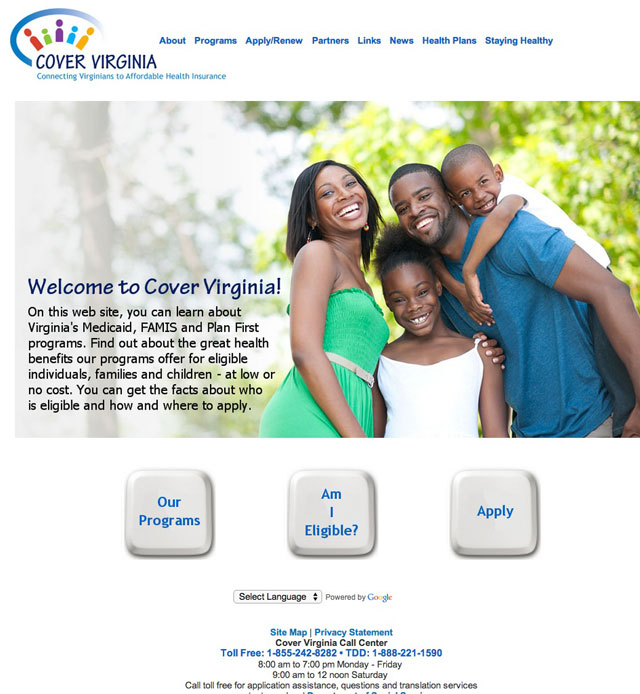 In other words, for all I know, both Illinois and Virginia may conceivably already have the "infrastructure" in place to be considered "insurance marketplaces established by the state", although presumably they'd both have to make some basic legal changes on the "incorporated entity" side. Heck, the Illinois site doesn't even need to add a big, fat "Healthcare.Gov" link; it's baked into the site already, although you do have to answer a half-dozen questions first.

I would advise Virginia, however, to also register CoverVA.GOV and make that the default domain instead of .ORG.

On a related note, every state exchange should also snap up all of the .COM, .NET, .ORG etc. variants of their chosen domain if they haven't done so already, both to avoid scam outfits as well as avoiding confusion by people who don't remember to add .GOV at the end. This is website development 101, folks...

UPDATE: Thanks to Brian W. for pointing me towards this story by Alex Wayne of Bloomberg News, in which Nicholas Bagley, assistant law professor at U of M with a specialty in healthcare policy, pretty much agrees with my suggestion, though he obviously gussies it up a bit more:

Even if the Supreme Court takes the case and rules against the Obama administration -- something that wouldn’t happen for at least a year -- subsidies may continue in most states. That’s because it could be relatively easy for states in healthcare.gov to create their own exchanges.

Nicholas Bagley, an assistant law professor at the University of Michiganwho specializes in health-care law, said the Affordable Care Act doesn’t spell out what it means for a state to “establish” its own insurance exchange.

A state that is part of the federal system may be able to simply pass legislation, or even issue an executive order, declaring that it has its own exchange -- and contract with the U.S. Department of Health and Human Services to run it. To meet the letter of the law, states may have to use an intermediary such as a nonprofit agency to contract with the government, Bagley said.

UPDATE x2: Dan Mangan of CNBC and I spoke about the Halbig-upheld scenario, and his story also confirms that my "Domain/Splashpage" concept is "not as harebrained as it might appear", according to a Boston University law professor:

Gaba wrote there is "an incredibly stupid-sounding solution" to the problem of a potential Supreme Court ruling invalidating the HealthCare.gov subsidies. That solution, Gaba said, is having each of the 36 states spend about $9.95 apiece—or less—on website domain names that would say things like "HealthcareAlabama.gov," or "HealthcareAlaska.gov."

"Then, just set up those domains names to repoint to the appropriate subsection of HealthCare.gov," Gaba wrote.

Gaba suggested that would be enough to have a state "establish" an exchange, without actually having to do the heavy lifting of enrolling them in coverage.

Moncrieff said that idea is not as harebrained as it might appear.

And even if that solution wasn't legal under the ACA, it could take years of new litigation to resolve that question—which would keep the subsidies flowing, she said.