Off-Topic: What's with the name tags?

I'm sure most of you have already seen this photo from President Obama's "border crisis" meeting with Texas Governor Rick Perry yesterday. 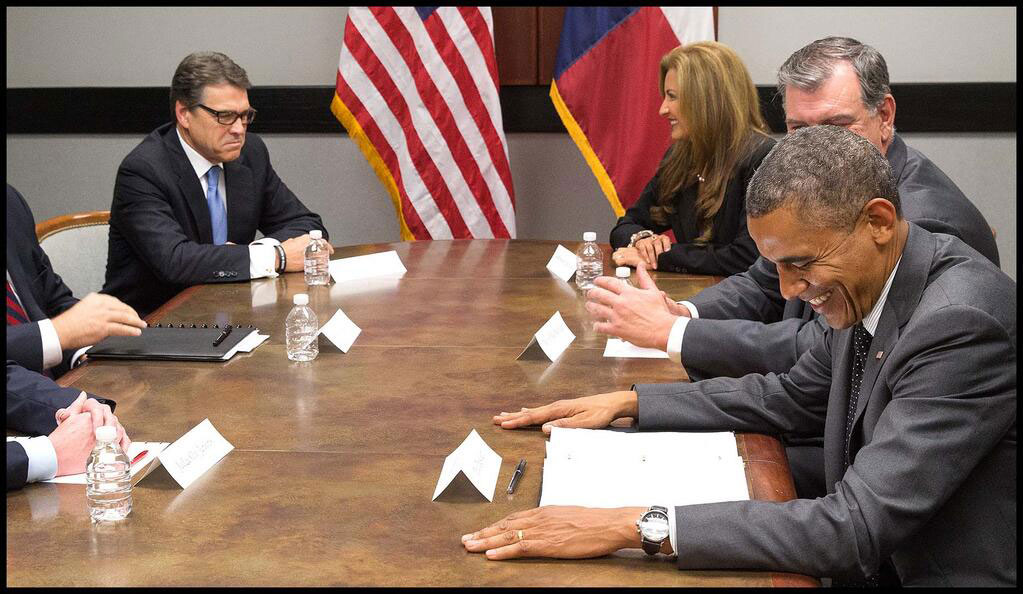 While I find Perry's "Grumpy Cat / Just Swallowed a Bug" face to be as hilarious as anyone else (made even better by Pres. Obama's laughter), there's something else in this photo which I find a bit strange: The name tags.

This is the President of the United States, meeting with the Governor of Texas...and they have paper name plates with their names scribbled on them with a ballpoint pen??

I realize the meeting was put together on fairly short notice, but still...wouldn't you figure that they'd have something a bit more official for the President and Governor, at least? 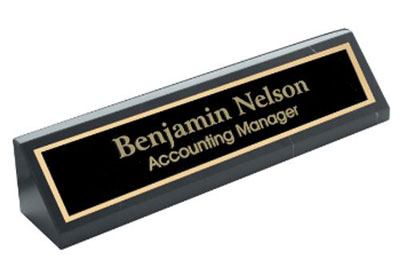 As for the other people at the table, perhaps they didn't know who else would be attending. Even so, they could at least have broken out the Scrabble tiles; that still would have been more professional-looking than scraps of folded paper. 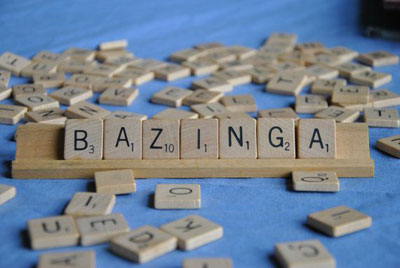 Furthermore, why the hell does the President of the United States need a name plate at all? Do they think other people at this meeting aren't going to know who he is? The same could be said for Perry, I suppose.