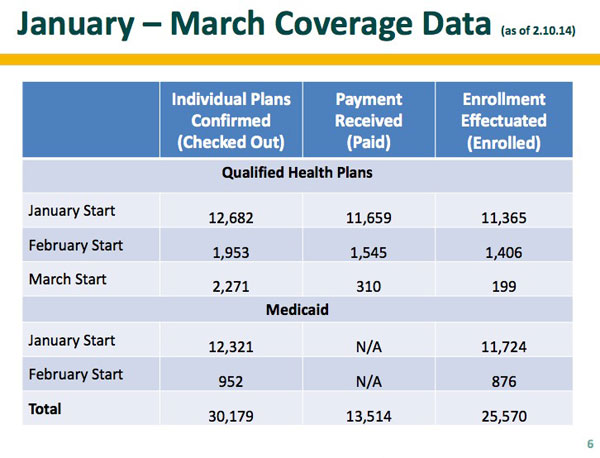 Hopefully this helps put last night's entry, in which I pointed out that across 4 other states (WA, WI, NV and RI) only 55% of enrollees are paid into perspective. The Wisconsin story stated that their 50% payment ratio specifically applied to January-start coverage, but the other 3 states didn't distinguish between the monthly start dates, so I'm pretty sure that the earlier enrollments (Jan/Feb-starts) have a higher batting average and are being dragged down by the March-start additions. WIth the addition of Vermont, these 5 states combined now stand at 153,698 paid / 119,164 unpaid, or about 56.3% paid overall.