Enrollment in the Health Insurance Marketplace continued to rise in January, with a 53 percent increase in overall enrollment over the prior three month reporting period, with young adult enrollment outpacing all other age groups combined, HHS Secretary Kathleen Sebelius announced today.

Nearly 3.3 million people enrolled in the Health Insurance Marketplace plans by Feb. 1, 2014 (the end of the fourth reporting period for open enrollment), with January alone accounting for 1.1 million plan selections in state and federal marketplaces.  In January, 27 percent of those who selected plans in the Federally-facilitated Marketplace are between the ages of 18 and 34, a three percentage point increase over the figure reported for the previous three month period.  Young adult enrollment grew by 65 percent in January, from 489,460 at the end of December to 807,515 as of Feb. 1, while all other age groups combined grew by 55 percent.

Here's the key pages from the report for the purposes of this website: 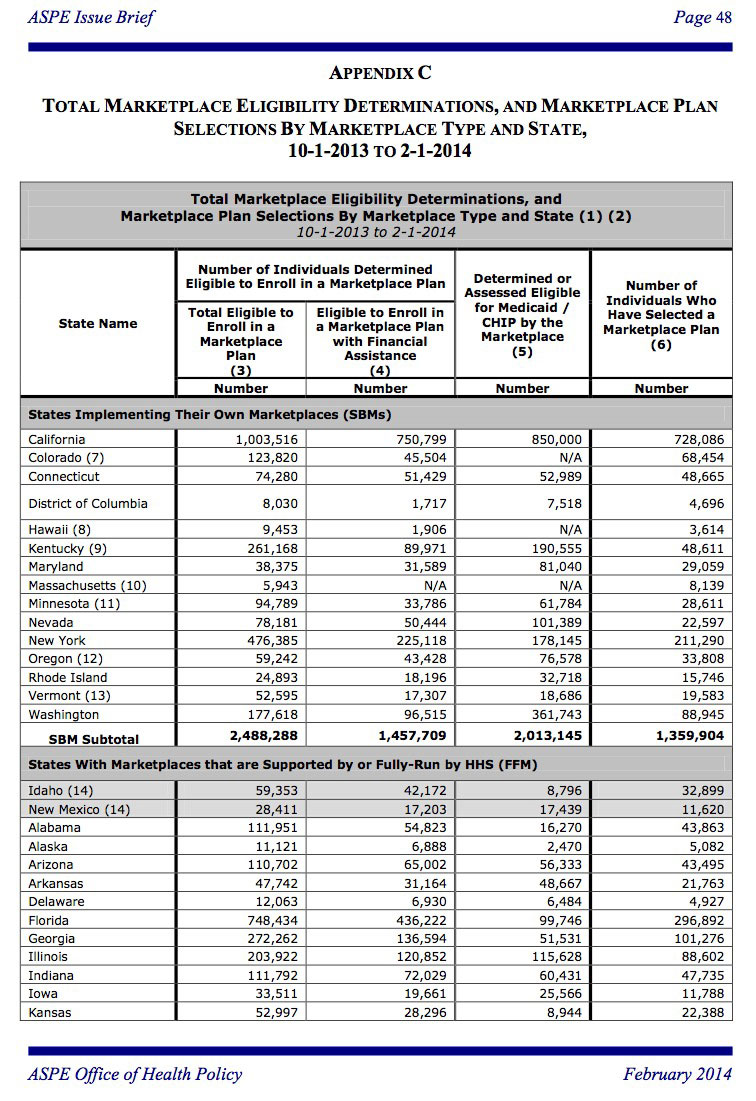 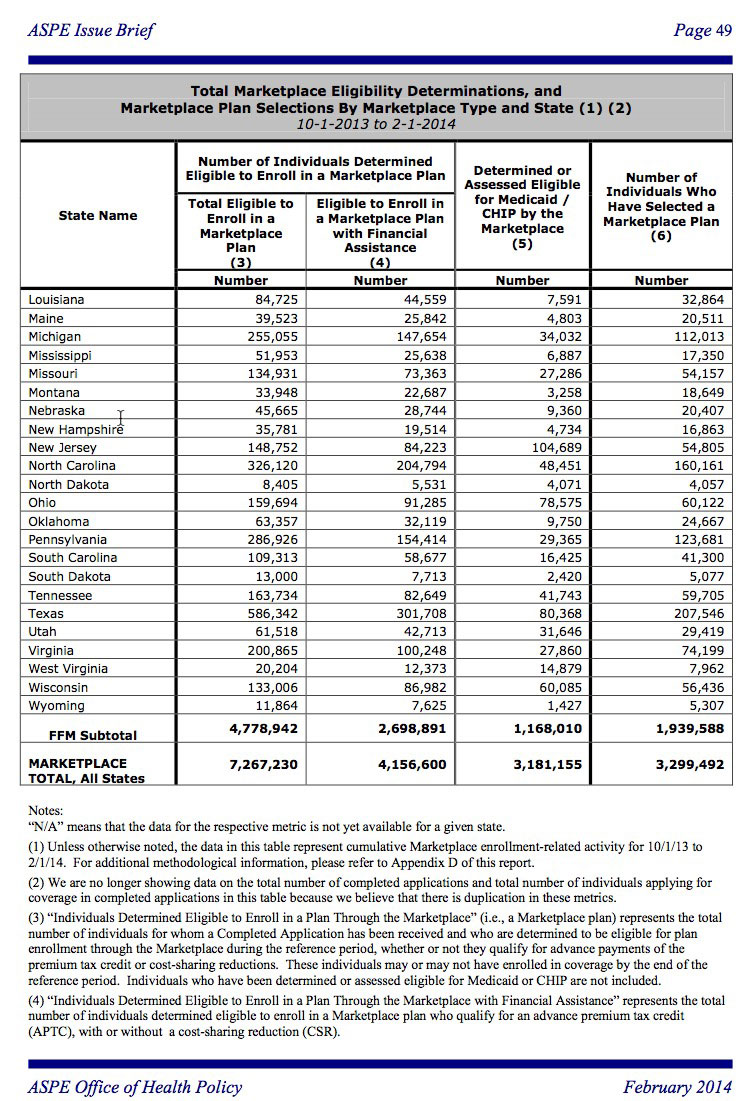 MORE DETAILS/ANALYSIS ADDED IN THE POST ABOVE THIS ONE...