New ACA Attack: "But how many have actually PAID??? 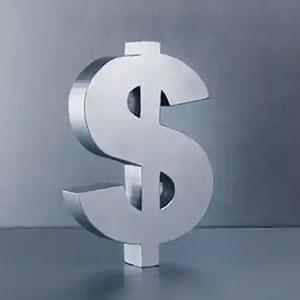 "FINE, a lot of people have ENROLLED, but how many have actually *PAID*???"

1. Actually, Washington State DOES break enrollments out between "enrolled but not paid" and "enrolled and paid". In their case, about 48% of their 134,000 private plan enrollees have fully paid. Assuming this is a typical spread across the other states, it should be roughly 875,000 enrollees who have paid already.

2. Having said that, I'm not sure I understand why this is such a point of concern. My wife and I fall into the category of "enrolled but not paid yet"...but that's only because BCBSM (Michigan) hasn't happened to actually bill us yet. They will do so on the 28th, and we'll pay. This is pretty typical of a lot of insurance policies. We're still fully enrolled--we have our insurance cards and everything.

If you buy a new car with one of those "$0 down!" deals, you still get to drive the car home that day and the auto dealer still books the sale in their inventory system, so I really don't see what the fuss is about.

To use an even better parallel: How many people do you know who pay their utility, cable or credit card bill the moment it arrives in the mail? I don't know for sure, but I'm guessing that most people wait until a few days before they're due to pay them. Why would your health insurance be any different, especially when you're talking about coverage that doesn't even kick in for between 7 - 90 days?? (ok, more realistically, 7 - 60 days, since very few got into the HC site in October.)

Now, having said that, I'm sure that some percentage of enrollees will be deadbeats, but that's typical and expected in any retail, free-market situation. If it's an unusually high percentage, that could be worthy of concern, but is a separate issue from how many are actually enrolled.

The only legitimate issue here I can think of would be if a high percentage of enrollees CAN'T pay because of continuing technical issues between the exchange websites and the insurance company sites in getting their billing/payments processed. That's legit because of the lingering technical problems some sites have, but again, that's yet to be seen.

Meanwhile, many of the insurance companies are on record as saying that they're willing to accept payments up through January 10th for coverage retroactive to January 1st under the circumstances, so that's still not an issue right now. Admittedly, this isn't true in every state, but most of them are allowing it. So, in short, your best response is along the lines of this:

"The limited data available so far indicates that almost half of the 1.8 million have already paid. For those who haven't, most payments aren't due for another 2 weeks anyway, and seeing how most people don't pay their utility/credit card bills until shortly before they're due, WTF is your point?"

UPDATE: OK, this has nothing to do with the "how many have paid" theme, but this is pretty cool: I've just been cited as a source. By Forbes.

“The administration anticipated that 3.3 million people would use the exchanges to purchase private plans that take effect on January 1; however, the latest available data from acasignups.net and my own tracking suggests that about 2 million had used the exchanges to sign up for private coverage through the weekend.”

Major Update x2: Holy Cats. First it was a brief mention in Forbes last night. Then, today, Sarah Kliff at the Washington Post WonkBlog wrote up a feature story on ACASignups.net:

Charles Gaba has been going to painstaking efforts to show the trajectory of health law sign-ups over the past three months. His graph (which is better viewed here, on his Web site) gives a helpful visual sense of what the last month has looked like for health-care enrollment. This uses all available data, including the monthly, federal reports and more up-to-date state data, too.

She even embeds the most recent enrollment graph and uses my real name, which is fine.

The good news: I seem to have hit my 15 minutes.

The bad news: I'm already bracing for the Tea Party Flying Monkey Onslaught that's sure to be on it's way any minute now. Within a few hours I'm sure my FB and TW feeds will be filled with claims that I'm either George Soros' illegitimate son, Barak Obama's cousin or Nancy Pelosi's cabana boy, or something along those lines. No doubt my citizenship and/or species preference for sexual encounters will be called into question in 3...2...1...

Update x3: OK, add New York Magazine to the list...a simple text link that doesn't even name the site, but a mention nonetheless:

An estimated 1.82 million people have enrolled in private insurance since Obamacare's debut.

Update x4: Thanks to sulthernao for a nice Nevada catch:

OK, not only does that bump up the Nevada number by a few thousand, it also lends more evidence to the "almost half have paid" argument. Like Washington state, over 48% of Nevada enrollees have paid for their first month's premium so far. WA & NV represent about 8% of the total enrollees.