UPDATE: LET'S DIVE IN: CAP's "Medicare Extra for All" 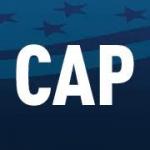 Medicare Extra for All: A Plan to Guarantee Universal Health Coverage in the United States
By the CAP Health Policy Team Posted on February 22, 2018, 6:00 am

OVERVIEW: This proposal guarantees the right of all Americans to enroll in the same high-quality plan modeled after the Medicare program.

A few days ago I noted that I had seriously misunderstood the Congressional Budget Office's individual market premium projections in the event the ACA's individual mandate is repealed: Yes, it'd be ugly, but not nearly as bad as I thought, although they still expect up to 13 million people to lose coverage as a result.

Yesterday, the Center for American Progress did an analysis which broke out those 13 million by state...along with the impact on individual market premiums and the 25 billion in immediate Medicare cuts which the GOP's tax bill would implement.

While I have my own doubts about some of the CBO's assumptions, there can be no doubt that premiums would increase substantailly, millions of people would end up without healthcare coverage, and the $25 billion in Medicare cuts do appear to be locked in if the GOP's bill were to become law: