Thousands of Michiganders have lost health coverage during the COVID-19 pandemic, and the Michigan Department of Insurance and Financial Services (DIFS) is offering virtual town hall events to help answer questions about open enrollment on the Health Insurance Marketplace, which runs until Dec. 15.

These live online town hall meetings are part of a series of events that will help consumers learn and ask questions about signing up for a health plan on the Health Insurance Marketplace. To attend a virtual town hall event, click the event link at its start time. Instructions for attendees are available and explain how to join an event and ask questions.

The Massachusetts Health Connector (MA's ACA exchange) doesn't generally post official enrollment data reports via press releases, but I have a contact there who sends me their latest numbers from time to time during Open Enrollment:

Massachusetts is a bit unique among the ACA exchanges--they, along with Rhode Island, are the only ones which handle premium payments as well as policy enrollments. This means that they don't just track how many people select policies, they also know how many of those who enroll have actually paid their monthly premiums.

Access Health CT, Connecticut's ACA exchange, is posting updates to their Open Enrollment Period (OEP) numbers every Friday. Last week they reported 100,094 Qualified Health Plan (QHP) selections during the first 20 days of the 2021 OEP, which sounds more impressive than it is, since 95,857 of those were current enrollees having their auto-renewals front-loaded; only 4,237 of them were actually new enrollees. Nothing wrong with that, of course.

This week, they report that they have 100,345 total QHP selections, of which 5,632 are new. On the surface this sounds off...shouldn't it be 101,489 total? I'm pretty sure the reason for the discrepancy is that not every current enrollee actually renews/re-enrolls for the following year. The exchange plugs them in as renewing, but they can still go in and actively cancel their renewal, which reduces the total a bit. In this case, it sounds like 1,144 current enrollees have done so over the past week. This gives a net increase of 251 over the past week, or 36 per day.

North Dakota recently became the first state to cross the 10% infection threshold, with South Dakota not far behind. Iowa, Wisconsin, Nebraska and Utah could all potentially hit the 10% milestone by New Year's Eve as well.

I've made some important changes starting this week:

#NBPP2022: Trump Admin drops a couple of rancid turkeys on the #ACA on their way out the door 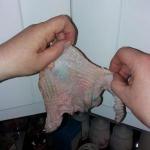 The Affordable Care Act includes a long list of codified instructions about what's required under the law. However, like any major piece of legislation, many of the specific details are left up to the agency responsible for implementing the law.

While the PPACA is itself a lengthy document, it would have to be several times longer yet in order to cover every conceivable detail involved in operating the ACA exchanges, Medicaid expansion and so forth. The major provisions of the ACA fall under the Department of Health & Human Services (HHS), and within that, the Centers for Medicare & Medicaid (CMS)

Every year, CMS issues a long, wonky document called the Notice of Benefit & Payment Parameters (NBPP) for the Affordable Care Act. This is basically a list of proposed tweaks to some of the specifics of how the ACA is actually implemented.

For example, here's what the actual PPACA legislative text itself said about the annual Open Enrollment Period (OEP):

(6) Enrollment periods.--The Secretary shall require an Exchange to provide for--

In Week Three of the 2021 Open Enrollment period, 758,421 people selected plans using the HealthCare.gov platform. As in past years, enrollment weeks are measured Sunday through Saturday.

How #COVID19 *fatalities* have spread across every U.S. state & territory per capita over time

I've done my best to label every state/territory, which obviously isn't easy to do for most of them given how tangled it gets in the middle. The most obvious point is that while New York and New Jersey are still far above every other state, other states are quickly catching up...and the trajectories of both North & South Dakota are incredibly disturbing in particular.

This isn't technically ACA-related, but it's certainly healthcare related and it was posted via the Minnesota ACA exchange, MNsure:

ST. PAUL, Minn.—The Minnesota Insulin Safety Net Program, launched earlier this year, provides a pathway for Minnesotans in urgent need of insulin (less than a 7-day supply on hand) to access the life-saving drug through their pharmacy. The program—implemented by MNsure, the state's health insurance marketplace, and the Minnesota Board of Pharmacy—was created to help Minnesotans facing difficulty affording their insulin.

Interested individuals should visit MNinsulin.org to see if they qualify and learn how to apply.

Coloradans Are Getting Covered During the Pandemic

DENVER – Nearly 30,500 Coloradans signed up for a health insurance plan through Connect for Health Colorado’s Marketplace between Nov. 1 and Nov. 20. Through the first three weeks of the Open Enrollment period, approximately 73 percent of applicants qualify for financial help to help pay their monthly premiums.

Unlike many of the state-based exchanges, the Colorado ACA exchange is not "front-loading" their autorenewals of existing enrollees. They address this further down the press release:

“Unfortunately, the pandemic is continuing to grow and affect our communities. That’s why it’s more important than ever that Coloradans have access to affordable and quality health coverage.” said Chief Executive Officer Kevin Patterson. “I urge Coloradans to connect with us online, over the phone, or by making a virtual appointment with a certified Broker or Assister. We are here to make your enrollment as easy as possible.”

How #COVID19 has spread across every U.S. state & territory per capita over time