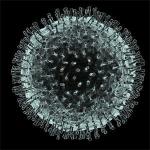 I've referenced Families USA several times before (and I've attended their annual conference for the past three years), but for those not familiar with them:

Families USA, a leading national, non-partisan voice for health care consumers, is dedicated to achieving high-quality, affordable health care and improved health for all. Our work is driven by and centered around four pillars: value, equity, coverage, and consumer experience. We view these focus areas — and the various issues unique to each area — as the cornerstones of America’s health care system.

Public policy analysis that is rooted in Hill and administration experience, movement-building advocacy, and collaboration with partners are deep-rooted hallmarks of our work. In turn, our work promotes a health system that protects consumers’ financial security as much as it does their health care security.

As we advance our mission by combining policy expertise and partnerships with community, state, and national leaders, we forge transformational solutions that improve the health and health care of our nation’s families and speak to the values we all have in common.

Think you'd be safe if ACA provisions were repealed because you have Employer-Sponsored Insurance? Guess again.

About 90% of my focus here at ACASignups.net is on the two biggest sections of the ACA: The Individual Market (3-legged stool, exchanges, subsidies, etc.) and Medicaid expansion. I tend not to write much about Medicare, "traditional" Medicaid or the Employer-Sponsored Insurance (ESI) market, which mainly consists of the Large Group Market (companies with 50 employees or more) and the Small Group Market (companies with fewer than 50 employees). As it happens, the ESI market covers nearly half the U.S. population (roughly 155 million Americans, give or take).

Under the ACA, individual market policies have to include the following "Blue Leg" provisions to be considered ACA-compliant:

KFF: Employer-Sponsored rates up only 4% this year, but deductibles & the Cadillac Tax causing heartburn

Although nearly half of the country is covered by it, and the Affordable Care Act does impact it, I don't write much about Employer-Sponsored Insurance (ESI); there's a lot of facets to the ACA, and my main focus has obviously been primarily on the Individual Market (both on and off-exchange) as well as Medicaid (both expansion and "woodworkers").

Today, however, there are two big developments which relate directly to ESI:

Fortunately, over at Vox, Sarah Kliff has written this handy explainer to cover the major key points about the "Cadillac Tax":

Economists love the idea of limiting the tax exclusion for employer-sponsored coverage. For one thing, subsidizing employer-based care is regressive — it's a tax subsidy paid, in effect, by people who don't have good jobs that give them health care. But perhaps more important, it encourages employers to spend more and more money on lavish health insurance, which in turn pushes up health-care costs across the system.

...But voters? They hate it. And employers really hate it. Coalitions have sprung up in Washington, DC, for the sole purpose of killing it. Hundreds of legislators on both sides of the aisle have backed a bill to repeal it. It's become one of Obamacare's central weaknesses — and thus one of the GOP's main targets.

That, however, is not the main point of this entry. This is: