Heads up! Missouri could be the latest red state to expand Medicaid on August 4th! 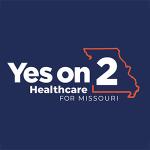 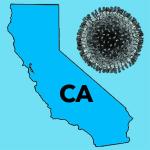 Thanks to Louise Norris for the heads up on this.

Over a year ago, the Washington State legislature passed (and Gov. Inslee signed) a bill to create, for the first time, a state-based Public Option healthcare plan for the individual market. As I noted at the time, there's a few important caveats which illustrate again just how difficult it is to make major overhauls to the healthcare system, even at the state level:

The good news out of Minnesota is that the Commerce Dept. has published the preliminary 2021 average rate changes for both the individual and small group markets in a simple table.

The bad news is that they haven't published any of the actual actuarial memos or templates which include the two other critical pieces of data I need to run my analysis: The current effectuated enrollee totals for each carrier, and what (if any) impact the COVID-19 pandemic had on the proposed rate changes.

I was able to estimate the former by looking at MNsure's June executive board meeting slide deck, which breaks out the on-exchange enrollment by carrier by percentage. Unfortunately, this doesn't include off-exhange enrollment. Minnesota's total individual market was around 155,000 people a year ago, so the odds are that nearly 1/3 of the total market is missing below. I also have no idea about any COVID-19 factor in the rate filings yet.

via MNsure (this was actually posted a couple of weeks ago but I missed it):

ST. PAUL, Minn.—99,688 Minnesotans have come to MNsure.org and enrolled in private health insurance through a special enrollment period (SEP) or received eligibility for a public assistance program (Medical Assistance or MinnesotaCare) since March 1. As expected, sign-ups across all programs have been driven by concerns amid the pandemic.

"It’s never been more important to know you’re covered. That’s why we are so glad to have been able to help almost 100,000 Minnesotans gain access to comprehensive health care coverage," said CEO Nate Clark. "But we know there are others out there who are currently uninsured and may qualify to sign up. If you’ve recently lost your employer-sponsored health insurance, had an income change, or have another qualifying life event, come to MNsure.org to see if you’re eligible."

Hawaii only has two carriers participating in the Individual health insurance market. For 2020, they're reducing unsubsidized premiums by 1.7%.

COVID-19 isn't listed as a factor at all by either of the carriers, nor by any of the small group carriers in Hawaii either...which makes total sense since Hawaii has the lowest rate of COVID-19 infection in the country.

The small group carriers are requesting a weighted average reduction of 2% as well, although one of the four doesn't have their actual rate change or current enrollment available yet, so this could change.

When are carriers in YOUR state supposed to submit their 2021 ACA premium rate changes?

So far, only 8 states (+DC) have released their preliminary 2020 ACA-compliant individual market premium rate filings. So what's the deal with the other 42 states? Well, here's a handy 2020 Submission Deadline table from SERFF (the System for Electronic Rates & Forms Filing, a database maintained by the National Association of Insurance Commissioners).

However, it's a bit overly cumbersome: It stretches out over 5 full pages, and includes columns for Standalone Dental Plans as well as a bunch of info regarding the Small Group Market.

To that end, I've cleaned up/simplified the 2021 Submission Deadline table considerably to only include the individual and small group market dates. I'll be perfectly honest: I'm not quite sure what the distinction is between the "Form/Rate Filings" and the "Binder Deadlines", but the dates tend to match up pretty closely, so I've included all of them below.

A rational person might be wondering why the Trump Administration and the entire Republican Party* is still dead set on tearing down the entire Affordable Care Act over ten years after it was signed into law, even in the middle of a global pandemic which has already killed more than 130,000 Americans and infected nearly 3 million more.

IMPORTANT UPDATE: I've been alerted to the fact that I had data entry errors in at least two of the states last weekend (Michigan and Texas). It looks like the sort order got messed up during the data transfer in those states. As a result, at least 2 of the "Top 40" / "Top 100" counties I had listed were wrong. I've deleted the spreadsheets for this week and will triple-check everything for this weekend's weekly update. My apologies for the error.

Michigan is the 8th state (by my count) where the insurance carriers have posted their preliminary 2021 premium rate change filings. Every year brings some new twist (in 2018 it was CSR reimbursement payments being cut off; in 2019 it was the zeroing out of the ACA's federal individual mandate penalty; in 2020 it was sort of the repeal of the ACA's health insurer tax (HIT), although that didn't actually happen until after 2020 premiums had already been locked in; and for 2021...it's the COVID-19 pandemic, of course.

I've therefore added a new column for my weighted average rate change spreadsheets. So far only a handful of carriers have tacked on any substantial rate changes due to expected cost increases from testing & treatment of COVID-19 next year...the general rule of thumb seems to be that the added costs are pretty much gonna be cancelled out by reduced claims from non-COVID healthcare services (delayed/cancelled treatments/procedures, etc).