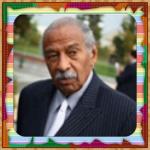 Credit Due: Sen. Warren did her homework. Doesn't make M4All any more likely to happen, but she showed her work.

A few weeks ago, I said the following about Sen. Elizabeth Warren regarding healthcare policy:

(Note: Since then, I've publicly stated that I'm now leaning more towards Sen. Kamala Harris who was always my strong #2 choice. This doesn't mean I no longer like Warren--the two have simply swapped places in my #1 and #2 column.) 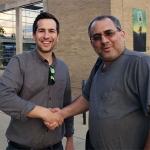 DEAR DEMOCRATS: PA18 makes it clear: Whether ACA2, MEFA or M4A, it's time to go on offense on healthcare.

Public Policy Polling conducted a telephone exit poll election survey of voters who cast ballots in Pennsylvania’s 18th Congressional District special election yesterday. Voters who voted in the contest were asked about the role of health care in their decision.

The exit poll shows that health care was a top priority issue to voters in this district and that voters believed Democrat Conor Lamb’s views were more in step with theirs.

In 2016, voters in this district backed Donald Trump by 20 points, but last night they backed a Democrat for Congress in a referendum on the health care plans of the Republican Congress: