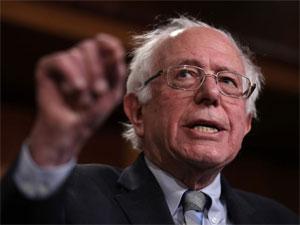 What our current system costs over the next decade: Over the next ten years, national health expenditures are projected to total approximately $52 trillion if we keep our current dysfunctional system.

How much we will save: According to the Yale study and others, Medicare for All will save approximately $5 trillion over that same time period.

How we pay for it: Current federal, state and local government spending over the next ten years is projected to total about $30 trillion.

Hmmm...the National Health Expenditure projection he links to from CMS only runs through 2027, while "the next ten years" would run from 2021 - 2030, so I'm not sure that the $30 trillion is quite accurate, but I'll give him the benefit of the doubt. My own extrapolation of the NHE projection in my analysis of the Mercatus Center analysis a couple of years back put it at $26.5 trillion from 2021 - 2030...but there may have been some updates by NHE since then.

This brand-new Lancet analysis is quite different from most of the other "pure" M4All cost projections I've seen from other sources, such as the Urban Institute, the RAND Corp, the Mercatus Center, Kenneth Thorpe and Gerald Friedman, which have ranged from spending 25% less (Friedman) to 15% more than we'd collectively spend otherwise (Urban). It's worth noting that the Urban Institute is generally thought of as left-leaning if anything, while the Mercatus Center is a right-wing think tank, so there's no obvious ideological bias here. The Lancet analysis puts the overall national savings at around 13%.

I haven't read the Lancet analysis myself yet, but other experts have found some pretty big red flags already:

But other independent experts were skeptical of the Lancet study’s estimate — arguing it exaggerates potential savings, cherry-picks evidence and downplays some of the potential trade-offs.

...For instance, the researchers calculate $78.2 billion in savings from providing primary care to uninsured people — $70.4 billion from avoided hospitalizations and $7.8 from avoided emergency room visits. But previous evidence suggests that the logic is suspect at best.

“The notion that we’re going to get rid of all these avoidable visits — that’s not been borne out,” she said.

The researchers also assume that a Medicare for All system would pay hospitals at a maximum of Medicare rates.

...on average, a hospital has a -9.9% margin on a patient insured through Medicare. ...But others would struggle to stay afloat, said Adrianna McIntyre, a health policy researcher at Harvard University.

Given the political influence hospitals, in particular, carry in Congress — where most members are sensitive to their concerns — passing a plan offering such a low payment rate would be politically challenging.

...the researchers also suggest hospitals would spend less money on overhead, having to navigate only a single insurance plan.

...But again, that ignores some of the reality of how hospitals work. While a single-payer system would undoubtedly cost less to administer — requiring a smaller back-end staff, for instance — it would not eliminate the need for expensive items like electronic health records, which coordinate care between hospitals.

“The assumptions are unrealistic,”... “You are never going to save that much money from the various providers.”

...Previous evidence suggests that such a shift would encourage consumers to use health care more than they currently do.

The Lancet paper acknowledges that — but only partially.

...But its estimate does not account for people who already have decent or adequate insurance and who would still be moving to a richer benefit, and therefore be more likely to use their insurance.

“It drastically underestimates the utilization increases we would expect to see under Medicare for All,” McIntyre said.

...Experts agree that expanding access to health insurance would probably reduce early mortality. But the 68,000 figure is another example of cherry-picking, Meara said.

The figure is based on a 2009 paper. It doesn’t acknowledge...multiple studies that examined how expanding Medicaid affected mortality.

“When they so clearly are cherry-picking, when they clearly have all the information on studies in front of them, it’s concerning,” Meara said. “It’s a situation where you’re going to overpromise and underdeliver.”

In other words, while other studies have placed the 10-year additional federal spending cost of Bernie's plan at as high as $40 trillion, Bernie has decided to go with a brand-new analysis released just 11 days ago to conclude that he only has to come up with $17 trillion.

HAVING SAID THAT, here's how he proposes to come up with the $17 trillion in question:

For comparison, under the ACA, a family of four living in Detroit, Michigan earning $100,000/year pays around 9.8% of their income in premiums for an individual market plan with an $8,300 average deductible, or between 10 - 18% of their total income. This would be replaced with a 2.84% effective "premium" (i.e., tax) for Bernie's plan, so obviously that'd be pretty good for them.

Of course, the employer-sponsored insurance market is a lot bigger than the individual market:

Again, a lot of this would be replacing the ~70% average portion of premiums paid for by employers today with having them pay a 7.5% tax towards M4All instead. Assuming Bernie's math is correct here, the assumption is presumably that the $10,000/year saved by employers would instead go to the employees in the form of increased salaries, since their healthcare plans are supposed to be part of their compensation already...but of course there's no way to be sure of that.

This is a big part of why some unions are opposed to Medicare for All...if you have an extremely generous plan already, then many union workers would see their taxes increase to pay for something they feel they already have without necessarily seeing additional compensation to make up for it. Of course, not all union plans are that generous, and even the most generous ones don't cover 100% of everything the way Bernie's plan supposedly would, so opinions vary on that even within union households.

In case you're wondering why wealthy people aren't fans of M4All...

In case you're wondering why corporations aren't exactly fans of M4All even though they'd supposedly be saving $10,000/year per employee...

I'm not gonna go into too much detail on these proposals because I'm not an economist and I don't know how valid the assumptions are on most of these.

Of course, if it turns out that the low-end $17 trillion figure is way off and it ends up being closer to the high-end $40 trillion some other projections put it at, he'd be around $23 trillion short, but there you go: A trillion here, a trillion there, pretty soon you're talking about real money!