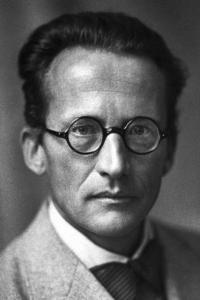 As the 2020 Presidential race starts to heat up, one of if not the biggest issue which will be on the minds of every Democratic candidate and primary voter will be about the Next Big Thing in U.S. Healthcare policy.

By the time January 20, 2021 rolls around, the Affordable Care Act will be just shy of 11 years old...assuming, that is, that it manages to survive the insanely idiotic #TexasFoldEm lawsuit (as an aside, it looks like the 5th Circuit of Appeals will likely take up the case this July).

The ACA has done a fantastic job of expanding healthcare coverage to over 20 million more people, lowering or eliminating costs for millions of them, and completely changing the zeitgeist about what's acceptable (no longer acceptable: denying coverage to or discrimininating against those with pre-existing conditions). Unfortunately, while it was a major step forward, it was still only a step, and between its intrinsic limitations, original flaws and major incidents of sabotage both passive (refusal to expand Medicaid in many states) and active (the Risk Corridor Massacre, CSR cut-off, mandate repeal, etc), the Democratic base is hungry for a truly universal healthcare coverage system.

In January 2016, Sen. Bernie Sanders of Vermont introduced what he called the "Full" version of a "Medicare for All" single payer healthcare plan, which I tore to shreds for being absurdly vague about almost every detail. A year and a half later, in September 2017, Sanders introduced a fully-detailed version of the plan. While the official legislative text called it the "Medicare for All Act of 2017", the summary called it a "Universal Medicare Program", causing further confusion about semantics and wording.

Last week, Harris caused a bit of a kerfuffle during a televised Town Hall when she was asked about Medicare for All. It wasn't so much the original question, it was her response to the follow-up by moderator Jake Tapper:

TAPPER: ... initially co-sponsored by Senator Bernie Sanders. You're also a co-sponsor onto it. I believe it will totally eliminate private insurance. So for people out there who like their insurance, they don't get to keep it?

HARRIS: Well, listen, the idea is that everyone gets access to medical care, and you don't have to go through the process of going through an insurance company, having them give you approval, going through the paperwork, all of the delay that may require. Who of us has not had that situation, where you've got to wait for approval, and the doctor says, well, I don't know if your insurance company is going to cover this? Let's eliminate all of that. Let's move on.

TAPPER: All right. Let's go to the next question.

Pretty much everyone took her response to mean that yes, she wants to completely eliminate all private health insurance, even for those who currently "like" their insurance.

The next day, however, she was already backtracking her position (or clarifying it, depending on your POV):

By stating she would eliminate private insurers as a necessary part of implementing "Medicare-for-all," California Sen. Kamala Harris during a CNN town hall Monday night sent a shockwave through the national health care debate.

...As the furor grew, a Harris adviser on Tuesday signaled that the candidate would also be open to the more moderate health reform plans, which would preserve the industry, being floated by other congressional Democrats. It represents a compromise position that risks angering "Medicare-for-all" proponents, who view eliminating private health insurance as key to enacting their comprehensive reform.

Both the adviser and Harris national press secretary Ian Sams said her willingness to consider alternate routes to a single payer system should not cast doubt on her commitment to the policy.

...Their description of Harris' views is backed up by her record in the Senate, where she co-sponsored Vermont Sen. Bernie Sanders' "Medicare for all" bill, which would phase out for-profit insurers, but also the less aggressive approaches proposed by Hawaii Sen. Brian Schatz, whose bill would effectively create a "public option" by allowing certain Americans to buy-in to Medicaid, and a plan from Sens. Jeff Merkley and Chris Murphy that would allow individuals to enroll in a new form of Medicare and employers to purchase it for their workforce.

She was also a co-sponsor on a bill called "Medicare X," from Sens. Michael Bennet and Tim Kaine, which would create a public insurance option on the Affordable Care Act exchanges, along side the private insurance plans. The goal would be to give Americans more choices when buying Obamacare coverage, particularly in areas where few carriers participate.

I should note, again, that Harris also co-sponsored a robust ACA 2.0 bill less than a year ago...as did Senators Warren, Gillibrand and, yes, Bernie Sanders.

In any event, this has now led to some die-hard #MFA activists to start attempting to claim that Sanders' bill wouldn't completely eliminate private health insurance.

With that in mind, I figured it would be helpful to clear the air on this subject. Here's the relevant portion of S. 1804, the Medicare for All Act of 2017:

(a) In General.—Beginning on the effective date described in section 106(a), it shall be unlawful for—

(1) a private health insurer to sell health insurance coverage that duplicates the benefits provided under this Act; or

Now, the hook which die-hard supporters of Bernie's specific MFA bill are hanging their hats on is the last part, 107.2.b, which states that:

...which means that yes, under BernieCare, there would theoretically still be a place for health insurance carriers to sell their wares. HOWEVER, one of the biggest selling points of Bernie's MFA is that it'd be completely comprehensive, covering virtually every medically-necessary healthcare procedure, treatment, drug or device under the sun.

The very next section lays out what would be covered:

(a) In General.—Subject to the other provisions of this title and titles IV through IX, individuals enrolled for benefits under this Act are entitled to have payment made by the Secretary to an eligible provider for the following items and services if medically necessary or appropriate for the maintenance of health or for the diagnosis, treatment, or rehabilitation of a health condition:

That doesn't leave a whole lot of wiggle room for supplemental insurance...which, again, is the whole point.

You can't have it both ways, folks. If you're gonna sell  Bernie's MFA on the basis of Everything is Covered!®, you can't then turn around and also try and win people over by assuring them that not everything is covered.

As far as I can tell, the only market which would remain for supplemental insurance policies would be elective surgery/procedures and the like. Perhaps I'm missing a few things. The section goes on to note that the HHS Secretary could also make recommendations to Congress about adding even more services to Bernie's MFA law in the future, and it wraps up by stating that states can also offer additional services at their own expense...but again, what types of services would that include?

However, even that's still besides the point. When people ask "would I still be able to buy private health insurance", they don't mean "for lasik or facelifts", they're asking whether there'd be an alternative choice for their major medical coverage. Bernie's S.1804 would explicitly NOT allow that...and again, that's by design.

You can argue whether this is a good or bad thing, of course, but you can't claim that it's simultaneously true and false at once.

Single Payer
Medicare for All
Semantics