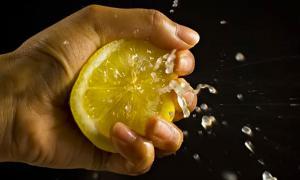 First of all, that's not true: It'd would be every single health insurance company in the country (I'll come back to this).

For the record: Blue Cross Blue Shield of Michigan apparently laid off around 1,000 people in 2009. They employ around 8,100 people today.

Secondly, it wouldn't technically be every job in the industry: At the very least, MACs (Medicare Administrative Contractors) would presumably still be around and would likely actually grow somewhat:

A Medicare Administrative Contractor (MAC) is a private health care insurer that has been awarded a geographic jurisdiction to process Medicare Part A and Part B (A/B) medical claims or Durable Medical Equipment (DME) claims for Medicare Fee-For-Service (FFS) beneficiaries. CMS relies on a network of MACs to serve as the primary operational contact between the Medicare FFS program and the health care providers enrolled in the program. MACs are multi-state, regional contractors responsible for administering both Medicare Part A and Medicare Part B claims.

To be honest, I'm not sure whether or not MACs would still be around once a "pure" M4All-style system was phased in. I believe there'd no longer be different "Parts" (A, B, D) of Medicare anymore, and Part C (Medicare Advantage) would definitely be eliminated, so it's possible that MACs would be phased out as well. But I'll assume that they'd be around for at least the 4-year transition period Bernie's bill envisions.

Next: Just how many people are we talking about? In my Twitter response thread, I put it at around 2.5 million, but it turns out I was thinking of the entire insurance industry, not just health insurance, and significantly overstated the number:

According to numbers from Bureau of Labor Statistics for Medical Records and Health Information Technicians where all these figures are provided, nationwide there are 182,370 employees working in this field, earning an average annual salary of $36,770. That means that out of a workforce total of about 243.7 million Americans, one out of every 1,429 people is a medical billing and coding professional. If that number seems insignificant, just consider that in 2012 when these statistics were compiled, those employed in this field earned a combined total of over $6.7 trillion. Medical billing and coding professionals should be well informed when considering their future career options.

The second number is as of 2014; I assume it's up slightly since then, but let's still call it 1.05 million combined.

Of course, that doesn't include the 1.2 million "agents, brokers & other related" industries...except there's no clear breakout of how many work with health insurance specifically as opposed to auto, homeowners, property, life and other types of insurance. So...let's call it somewhere between 1.05 - 2.25 million. I'll go with 1.5 million as a mid-point, which means my original 2.5 million estimate was still at least a million too high.

So, what happens to them?

As many have pointed out, under a Medicare for All scenario, the HHS Dept. would presumably grow dramatically as the federal government hires a bunch more people to handle Medicare enrollment increasing by 5-6x. Today the HHS Dept. employs around 80,000 people. Adding 5-6x as many enrollees doesn't translate to 5-6x as many employees, of course, but let's say they triple that number to 240K; that's perhaps 160,000 current health insurance industry workers who would presumably be doing a similar job, just for the federal government instead of a private carrier. 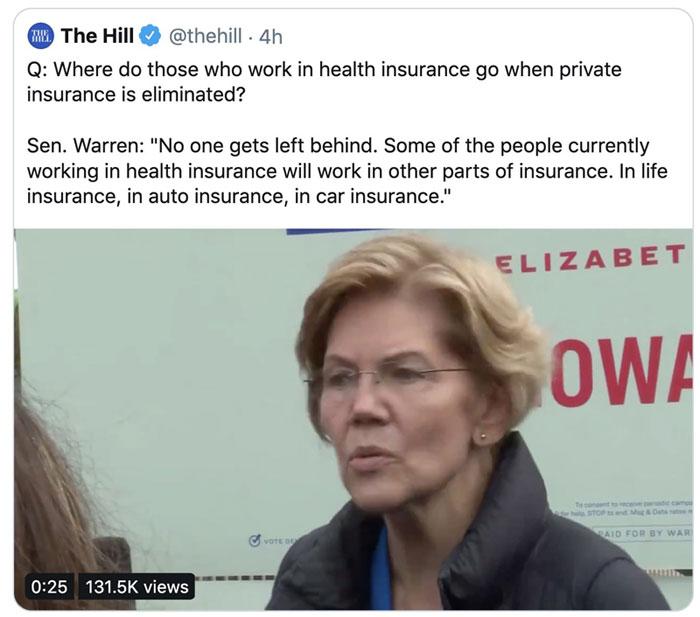 Well...yeah, OK. Some would presumably shift to other types of private insurance, such as homeowners, auto insurance, life insurance etc...but just because the health insurance industry goes away that doesn't automatically cause twice as many houses or cars to be sold. The other industries aren't going to hire two or three times as many employees just because there's a bunch of people who need jobs.

Finally, there's the increase in other types of healthcare industry workers who would be needed thanks to the increased focus in actual patient care: More doctors, nurses, physician's assistants, orderlies, therapists and what have you.

And yes, both the Senate and House versions of the M4All bills include funding and resources for retraining, lost wage compensation, relocation and so forth.

Here's the section in the Senate version of the bill which deals with this:

(4) TEMPORARY WORKER ASSISTANCE.—For up to 5 years following the date on which benefits first become available as described in section 106(a), up to 1 percent of the budget may be allocated to programs providing assistance to workers who perform functions in the administration of the health insurance system and who may experience economic dislocation as a result of the implementation of this Act.

The House version is a bit more specific:

(A) IN GENERAL.—For up to 5 years following the date on which benefits first become available as described in section 106(a), at least 1 percent of the budget shall be allocated to programs providing assistance to workers who perform functions in the administration of the health insurance system, or related functions within health care institutions or organizations who may be affected by the implementation of this Act and who may experience economic dislocation as a result of the implementation of this Act.

(B) CLARIFICATION.—Assistance described in subparagraph (A) shall include wage replacement, retirement benefits, job training, and education benefits.

Of course, not everyone in the industry would be too keen about being "retrained" or "relocated", and not every paper pusher wants to change careers or even specialties within their existing careers...but yes, the bills do try to take that into account.

HOWEVER, none of this addresses the main point I want to make, which is this: Even if I agree that the private health insurance industry should be phased out ...and yes, I do agree that it should (over time)...

...Medicare for All advocates should stop being so f*cking glib about it.

Here's a sampling of the responses I've gotten on this issue:

Not remotely valid point charles as 30,000 a year would not die from being under or uninsured as a trade off. Human misery and death and bankruptcies would be exchanged for these jobs, whereas the jobs exchanged for McKinsey went to higher profit

That sucks but it's not a good argument for not reforming. Medical insurance, coding, billing is all needlessly complex and expensive, meaning it adds cost to every procedure.

Think of it this way, if we made it even more complex and expensive we could employ even more people.

And so what? Seriously do you justify keeping useless jobs that produce zero value besides paying a wage? The money could be used to provide additional Heath care to people needing it and reopening all the shuttered rural hospitals employ those people there.

We shouldn’t not innovate because crap jobs would be destroyed. We just need to make sure their is a safety net to help them move on to the next thing

True however those jobs are only needed in a for-profit medical system & only inflate medical costs for patients.

I have to say it's difficult to see pictures of my insurance agent driving expensive cars & traveling the world knowing all his money comes from people being sick.

Well for some of us.. for various reasons.. that might be some sweet justice.

Jobs at a bloated middleman that serves no legitimate purpose. What's hilarious is that Mayo Pete and his McKinsey mindset would be the first one as "efficiency expert" to eliminate this inefficiency. But now he's worried about job losses? Help...can't breathe..choking on irony.

the skillset of the workers is pretty universal, computer office skills are easily transferred

I honestly don’t care if people employed by insurance company’s lose their jobs if we have Medicare for all. Do they care if we file bankrupt 3 and 4 times? Do they care if we go hungry so that we can buy the medicine needed to keep us or loved ones alive? Nope.

Mediocre point. McKinsey presumably told BCBS to negotiate on costs, raise premiums and do a shittier job at customer service. Yes, m4a would mean jobs lost in insurance (the savings have to come from somewhere), but in that case, the juice is well worth the squeeze.

This is tantamount to telling ~1.5 million American voters that every one of them is essentially Tom Smykowski from Office Space.

Now, maybe that's a harsh truth...but you're trying to get these 1.5 million people to VOTE FOR YOUR CANDIDATE.

Telling them what they do right now is a useless, crap job for useless companies in a useless industry that provides zero benefit to mankind other than to profit off of people's misery is NOT the best way to pursuade them to supporting your campaign even if there's some truth to it. Remember, most health insurance industry employees aren't the fat-cat CEOs. They're mostly just regular shlubs trying to make a living.

Wasn't this the same argument made by the abacus, slide rule, buggywhip and elevator operator industries in their day? I'm sure it was. The difference is that, to the best of my knowledge, those industries were gradually phased out by technological advancements, not by a specific federal law which specifically made those industries illegal within a short timeframe. If I'm wrong about that, I'm sure that Big Abacus did indeed flex their political muscle at the time.

The issue isn't whether moving to M4All would serve a far greater common good--I agree that it likely would--it's about how you approach those who would be the ones negatively impacted.

I have no problem with making the case for phasing out the private health insurance industry, any more than I have a problem with phasing out the fossil fuel industry* in favor of green energy. I'm glad that the bills in question go out of their way to try and take the potential job losses and/or job disruption into account...

...but advocates for the bills should stop acting so gleeful about the prospect if they want to win over support for their cause.

*(as an aside: The entire coal mining industry, including directly-related jobs, appears to only be between 83,000 - 174,000 people nationally):