A nice little update out of DC...they even did the net gain math for me! Unfortunately they didn't separate out QHPs from Medicaid (the 17,899 number includes both).

DC's numbers are so small that I'd normally say that even if my breakout is wrong, it won't impact the projection enough to worry about...but in this case, they were running 40% below the February rate, so this jump to 26% higher actually bumps the projection back up a smidge after all, to a solid 6.4M.

Since March 10 (the last data release), enrollment through DC Health Link increased significantly.  To date a total of 22,305 people have enrolled through DC Health Link’s individual marketplace, up from 17,899 on March 10.  This is an increase of 4,406 people just in the last few weeks. (Note this data does not include enrollment through the small business marketplace.)

Louisiana: No hard data, but The Surge Is Happening, even in deep red states

(someone sent me this link, and after the Louisiana/North Carolina debacle a few days back I figured I owed a bit of good Red State news...)

Community health centers offering counseling for the Affordable Care Act (ACA) enrollment process say they are experiencing a surge in the number of people seeking help ahead of the March 31st deadline.

At the David Raines Community Health Centers corporate office in Shreveport, appointments are completely booked through next Monday's deadline, according to Community Development Coordinator, Calvin Young.

"Being in healthcare and kind of understanding how people work and think we anticipated a big surge at the end, but the surge has been a little overwhelming," Young says.

This is a great article for several reasons. Not only is it the first Georgia-specific update I've received, but the numbers are quite good (daily average over 2x that of February) and very straightforward (they don't explicitly state that the 178K are QHPs only, but they include the 3/01 total of 139K and I alrleady checked the 3/01 Medicaid tally, which is quite a bit more than 38K, so it's definitely not included here).

As a surprise bonus, it includes the Paid/Unpaid data for Georgia...which is over 81%, within the 80-85 range that most insurers have been reporting of late. Finally, the data comes directly from the state insurance commissioner, so there should be no mistranslations going on.

State insurance officials said Wednesday that 177,668 Georgians have completed applications for coverage in the health exchange as of March 15.

That number, reported by health insurers in the state, reflects a recent surge in enrollees from the latest figures released by the federal government. As of the end of February, federal officials said, Georgia’s exchange enrollment totaled 139,371.

Earlier this evening I ran an update on Illinois which claimed 323K total exchange enrollments. Since IL had 114K QHPs and 132K Medicaid enrollments as of 3/01 (246K total) that seemed like a decent, if unremarkable update...about 17% above the February daily rate.

However, contributor deaconblues tipped me off that other Illinois stories floating around today seemed to indicate that the 323K figure might actually be the 3/01 numbers, plus another 77K or so of unspecified enrollments. I double-checked with GetCovered Illinois, and sure enough, received this response:

OK, so never mind the earlier Illinois update; my apologies for the error. This also means that I can't use Illinois in the projection table at all, which is fine, since it was actually dragging the projection down anyway lol...

Blammo. Remember how I noted that back in December, California managed to hit 30K exchange QHPs in a single day, and 20K/day for several other days between Christmas and New Year's Eve?

Now, this is awesome news, as it suggests a national rate of around 100K/day (CA has averaged around 20% of the national QHP enrollments all along).

In spite of their endless technical issues, Oregon is actually kicking serious butt in manually processing a mountain of paper applications. In addition, they're including some interesting extra info in their reports lately--including NET enrollments after cleaning out cancellations/etc (does this mean Oregon is now only including paid enrollments, then, like MA and WA??), as well as dental enrollments, which haven't gotten much attention from anyone:

For now, I'm going to play it safe and assume that this has shifted towards the Medicaid side a bit since then by calling it a 43/57 split, or around 139K QHPs & 184K Medicaid enrollments.

To date, 323,000 uninsured Illinois residents have enrolled in health insurance plans, according to Get Covered Illinois, administrator of the state's official marketplace. As the March 31 enrollment deadline approaches, officials with the agency believe they will meet the state's target of having 143,000 more enrolled.

OK, no hard numbers here, but how often am I gonna be able to post any sort of update out of Wyoming? Anyway, very encouraging anecdotal/fractional news:

“I’ve been completely overwhelmed,” Reeber said. “I’ve been turning down appointments for a week and a half.

About two-thirds of her recent customers, she said, have been people who came to her with no insurance.

Insurance company WINHealth, one of only two in the state participating, is reporting a similar situation. The company reports it has already exceeded its expected enrollment by 20 percent and is still seeing new clients every day.

“We’ve had a significant increase,” said John Gardner, chief business development officer at WINHealth. “I wouldn’t even hesitate to use the word ‘surge’ in the last 10 days.”

Also be sure to note that line in the middle: 2/3 were not previously insured.

Minnesota was already doing pretty well, having surpassed their own internal goal of 135K QHP/Medicaid combined as of yesterday, of which over 36K were QHPs...but they released quite a jaw-dropper just a day later, with the QHP figure leaping up another 5,097 thanks to pushing through a mountain of paper applications.

Numbers released Wednesday at the MNsure board's regular meeting actually look better than those the agency highlighted in a Tuesday press release. On Wednesday, MNsure was able to add people who enrolled using paper applications  – and now the exchange can announce it has enrolled 148,068 people, including 41,273 people who used the exchange to purchase private health plans.

The impact on the projection table?

In February, Minnesota averaged 122 QHPs/day. Prior to today's update, they were averaging 180/day in March, a 48% increase over February.

With these paper additions, this has skyrocketed to 385/day...over 3.1x February's rate.

OK, things just went into overdrive. The media spotlight has been growing, and now Paul Krugman just said some very nice things about me in the NY Times. Believe me, I'm incredibly flattered, honored, etc etc...but I'm also getting overwhelmed, and have to make a few changes, at least until the dust settles on the enrollment insanity:

Oregon has been talking about this for weeks, but now it's official:

Oregonians now have an additional month to apply for private health insurance. New deadline to apply is April 30. The Oregon Insurance Division and Cover Oregon urge people to apply now to get coverage as soon as possible and avoid potential end-of-month rush.

Colorado said something about this the other day, but now it's official:

DENVER - Colorado will give health insurance applicants extra time to finish the enrollment process, if they start before the March 31 deadline.

Connect for Health Colorado will make an official announcement about the extension Wednesday afternoon.

I mentioned this briefly last night, but it's certainly worthy of its own entry.

I previously posted a whole bunch of entries about how various state-run exchanges are planning on extending their QHP enrollment deadlines for certain groups of people. The circumstances, revised deadlines and extension request process varies from state to state, but as of my last update, the list included Massachusetts, Oregon, Maryland, Nevada and possibly Vermont, Kentucky, Washington State and Colorado.

A couple of days ago, Minnesota jumped into the pool as well:

ST.PAUL, Minn. – Today, MNsure announced new procedures that will help people get coverage and avoid a federal tax penalty even if their enrollment isn’t complete when the deadline expires on March 31.

“It’s just like waiting in line to vote after the polls close; if a consumer can show that they have attempted to obtain coverage before the deadline, we will make sure they can complete their enrollment,” said interim CEO Scott Leitz.

Off-Exchange Enrollments: This is what I'm talking about.

I received the following yesterday, and was given the OK to post it publicly. Given my prior screeds about both a) off-exchange enrollments and b) insurance company billing systems being overwhelmed/backlogged, this is a perfect example of why both of these issues are so important to include when discussing the QHP numbers.

Obviously anecdotal stories can't be used as hard data, but I've read dozens of similar stories. Some refer to going off-exchange; some refer to billing problems with the companies; some, like this one, refer to both. Presented without further comment (emphasis mine):

I'm an independent contractor/consultant in Arizona. I have several friends in the same boat. We all had Arizona state-sponsored (but not supported) small business insurance that had no underwriting.

We were all basically locked out of the ACA website from early on and never got back on. BUT WE ALL BOUGHT insurance with BCBS directly, with ACA policies (none of us could have gotten through underwriting) because we all make too much for a subsidy. NONE of us, and the people like us, are being counted. But I'm sure BCBS is keeping track of these direct purchases, which have to be counted toward the total.

Eureka! Finally, some serious progress on the Massachusetts Mess front. Apparently the backlog of manual payment enrollments is seeing serious progress as people mail in their checks. As a result, MA's 15,140 exchange QHPs as of 3/19 have shot up to 25K. And yes, these all appear to be QHPs, not Medicaid (under any of the dozen Medicaid categores that Massachusetts seems to have), as all of those numbers are far, far higher than 25K.

I should further note that MA only reports enrollments to HHS if the first premium is paid.

In one shot, Massachusetts has gone from running 30% behind their February QHP rate to of three times higher, and my overall 3/31 projection has moved up from 6.26 million to 6.30 million.

Lefferts said some 25,000 people have enrolled in Affordable Care Act plans, with the bulk of those being former Commonwealth Choice enrollees, along with a small number of subsidized individuals from Commonwealth Care and about 2,000 people for new dental coverage.

A Response to Avik Roy 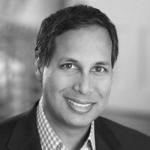 In a nutshell, I never said that McKinsey's 27% claim was wrong, I just said that the methodology they used to come up with 27% didn't tell us anything about the previously uninsured percent of exchange QHPs because McKinsey mixed together both exchange and off-exchange enrollments...without noting how many of their respondents came from each pool. Since we have no idea how many off-exchange enrollments there are, and we don't know how many of the respondents came from either pool anyway, there's no way of knowing how much of that 27% comes from either. It could be 0% and 54%. It could be 54% and 0%. It could, in theory, be 100% of one and 0% of the other.