Minnesota tacks another 95 QHPs & 4,321 Medicaid/MinnesotaCare enrollees onto the total

Minnesota continues to quietly crank along as we enter the 2nd year of MNsure:

Note that I'm not really even bothering to keep the Off-Season Projection Chart updated anymore; we're close enough to the 2nd Open Enrollment period that it seems a bit silly to bother (heck, I've already projected the graphs out through 11/15 anyway).

A couple of weeks ago there was a rather absurd-sounding report from a right-wing outlet called "The Pioneer Institute" which claimed that the Massachusetts Health Connector (their ACA exchange site) was going to cost over $1.1 billion over a 2-year period. I didn't really address it at the time, mainly because regardless of the disastrous experience of the MA exchange, that number just didn't seem grounded in reality. Sure enough, it turns out that estimate was about four times too high:

BOSTON - With the next open enrollment period set for Nov. 15, Gov. Deval Patrick on Monday said the state's troubled health care exchange website is fixed, at a cost of an additional $26 million to the state, bringing the federal and state total to $254 million in information technology costs.

...Consumers who log onto the Health Care Connector website will have a "full end-to-end shopping experience" for health plans on Nov. 15, Patrick said.

Is *your* state extending non-compliant policies for a 2nd year?

Louise Norris of HealthInsurance.org is quickly becoming one of my favorite ACA enrollment colleagues (and competitors, after a fashion). The other day she wrote a far better-detailed writeup listing all of the improvements that the various exchanges have made for the 2015 open enrollment period than I did; and now she's also done the grunt work of tracking down the "grandfathered policy" status in all 50 states...although she refers to these plans as being "grandmothered" instead of grandfathered, with the following distinction:

Jeffrey Clemens has an excellent explanation of why people who complain about high health insurance premiums should support Medicaid expansion:

A simple cost comparison using data from the Medical Expenditure Panel Survey illustrates why Medicaid expansions can substantially affect premium prices for private insurance plans. Under national health reform, community rating regulations apply to purchases made on state exchanges by both individual consumers and small employers. In 2011, the health care costs of individuals getting insurance in these ways averaged $4,300 (with lower costs for the healthiest among them). By contrast, health care costs for nonelderly adults on Medicaid averaged $8,300 (even though Medicaid pays low rates to hospitals and physicians). If all Medicaid beneficiaries were shifted to the exchanges, prices for each purchaser would go up by more than $1000.

I haven't read the MEPS referred to, but I think the gist of it is this:

The Sounds You Hear Are "Free Market" Conservative Heads Exploding

Considering that the vast majority of the policies sold on the ACA exchanges are from private, profit-based corporations already (plus some public-private CO-OPs as well as a handful of "not for profit" Blue companies), it seems a bit stupid to have to reiterate this point, but this could be a huge development:

The world's largest retailer plans to work with DirectHealth.com, an online health insurance comparison site and agency, to allow shoppers to compare coverage options and enroll in Medicare plans or the public exchange plans created under the Affordable Care Act.

Wait, what's that?? Wal-Mart, the poster child for cold, heartless, maximize-profit-at-all-costs capitalism is going to start helping people enroll in that "socialist Obamacare" insurance?? How can that be? Why on earth would they do that?

Well this is a nice surprise date point!

Earlier today I noted that Idaho, which is the only state moving off of Healthcare.Gov onto their own exchange this year, is already allowing people to comparison shop 2015 policy plans. However, I just noticed something else on their new exchange site:

This is noteworthy because the official April 19th enrollment number in Idaho was 76,061. Assuming a 10% non-payment rate (which has been proven to be about right repeatedly over the course of the off-season period), that means around 68,400 of those enrollees paid their first month's premium. The gross number, of course, should be around 14,000 higher (assuming an off-season gross addition rate of around 87 per day), and of that grand total, it appears that 78,000 are still currently enrolled (otherwise they wouldn't need to renew their policy, would they?)

Oy gevalt. I made a big stink about this bizarro story when it broke back in June, so it behooves me to post a follow-up now when it appears that at least one Democrat in Virginia (well, besides the "Democrat" who was the subject of the original bribe offer) was basically guilty of the same thing that the state Republicans were:

RICHMOND — Virginia Gov. Terry McAuliffe’s top lieutenant apologized Friday after admitting that he had tried to keep a Democrat from quitting the evenly divided state Senate with the prospect of a lucrative state job for the senator’s daughter.

But it was not entirely clear to Richmond’s increasingly bewildered and antsy political class just what Chief of Staff Paul Reagan had done.

HC.gov/etc doing things right for 2015 they should have done in the first place last year (UPDATE)

A couple of weeks ago I noted that for the 2015 Open Enrollment period, the (completely overhauled) Maryland exchange will not only be easing into their new website in several stages over several days (first allowing enrollments by phone, then letting brokers/navigators into the website, then health/social service dept. employees, and finally the general public), but they're also going to allow comparison "window shopping" starting 6 days before the official launch date, to give people extra time to figure out what policy they want to sign up for before actually purchasing it.

Then, a week ago I noted that Idaho--the only state moving from HC.gov to their own in-house exchange website for Year Two--is going one step further by opening up comparison shopping on October 1st...as in, 4 days ago. That's right, if you live in Idaho you can go kick the tires and pick out your plan if you wish right now at YourHealthIdaho.org, though you'll still have to wait until 11/15 to actually check out and complete the process.

G'mar Hatimah Tovah. Yes, I know I shouldn't be posting this on Yom Kippur Eve, but this seemingly minor news item means volumes to me personally.

I've spent 5 solid months pain-stakingly piecing together the best projection I could for off-season exchange QHP enrollments, using bits and pieces of data from a dozen or so states...mainly Minnesota, Oregon, Hawaii, Colorado and Washington State. In the absence of official updates from Healthcare.Gov (36 states) or the 2 largest state-run exchanges (California and New York), however, I was never completely sure about how close I was to the actual number, since the data I did have only covered perhaps 8% of the population.

Still, I eventually gave up hope that either NY or CA would bring their numbers up to date, forging ahead with my overall estimate of roughly 9,000 additional QHP enrollments being added daily during the off-season, 90% of those paying for their first month's premium, and roughly an equal number dropping their coverage sometime later...meaning that at any given time during the off-season, roughly 90% of the April 19th "official" number would be likely to still be enrolled and paying up.

I have the press release as well, but this article from the Daily Record does a good job of summarizing the numbers:

More than 81,000 Marylanders had enrolled in private health insurance on the state’s health exchange as of Sept. 20, officials said Friday.

That’s an increase of 2,425 individuals since August.

However, over the past year, some people have been dropped from the Medicaid rolls. People can become ineligible for the public insurance program if their income increases or if they experience other changes, like in age or household status.

So, the net increase in Medicaid enrollment compared to December 2013 is 262,979 people, according to officials with the Maryland Health Benefit Exchange. 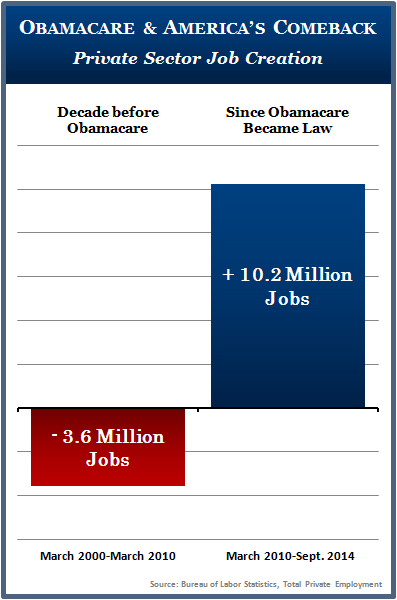 It may seem a bit pointless to keep posting 2015 premium rate changes now that we're only 6 weeks away from the Open Enrollment period anyway (everyone will find out soon enough at this point), but the BS is still flying fast & furious, and the topic seems especially relevant in Minnesota's case since the largest insurer on the 2014 exchange, PreferredOne, has pulled out for Year Two:

Minnesota officials say the average rate for policies sold on the state health insurance exchange next year will go up 4.5 percent.

But, they say Minnesotans will still have access to the lowest average rates in the nation.

The five companies participating in the exchange range from dropping their averages by 10 percent to hiking them more than 17 percent.

They declined to say which companies are raising rates and which are lowering them.

Unfortunately, not only is there no way of doing a weighted average here since the current enrollees for the various plans aren't listed, I can't even post which companies are increasing or decreasing their rates. Ah, well.

In which "OMG!! GAZILLIONS OF POLICIES CANCELLED!!" turns out to be...not so much.

A few weeks ago, I posted "Get ready for the "OMG!! GAZILLIONS OF POLICIES CANCELLED!!" Freakout" in which I pointed out that while yes, some policies which aren't in compliance with ACA requirements will indeed be discontinued this year, the odds are that the actual number will end up being far fewer than the GOP attacks will claim.

Well, right on schedule, here comes the freakout, and as I expected, the actual number of policies cancelled looks like it'll be missing a few zeroes from the attack headlines:

Thousands of Americans will see their health plans cancelled before the November elections in a development that could boost critics of ObamaCare.

The Morning Consult, a Washington-based policy publication, reported that nearly 50,000 people will lose their current health coverage in the coming weeks.

This is simply appalling.

This story is beyond disgusting. The Michigan Republican Party has mailed out a hit piece on John Fisher the Democratic candidate for Michigan’s 61st House district. The mailer asks the recipient to call a phone number to complain about Fisher’s support of the Affordable Care Act. The number they give rings at the bedside of Fisher’s mother, 91-year-old Isabel Marie Kramb, who is in hospice care with congestive heart failure.