Virginia: "This is a blue state": Gov. Northam pushing forward with state-based ACA exchange & much more

A few weeks ago I noted the following press release from Democratic Virginia Governor Ralph Northam, just ahead of the critical state legislative elections:

It took me a couple of days to post this, but it's an important development, especially on the cusp of the Virginia legislative election next month which could flip both the state House and Senate to the Democrats; thanks to Esther Ferington for the heads up:

“Health coverage should be both meaningful and affordable, but unfortunately, policies from Washington threaten to increase the number of families who are uninsured or underinsured,” said Governor Northam. “It’s more important than ever that we identify and implement policies at the state level that control costs and ensure that Virginians can afford to buy health insurance that covers their health care needs.” 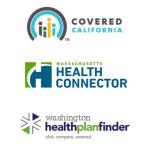 UPDATE: HC.gov vs. the State-Based Exchanges: The Definitive Comparison

It's been pretty obvious for the past two years that the states which fully control their own ACA exchanges (including their own marketing and outreach budgets and their own exchange website platform) seem to be outperforming the states hosted by the federal exchange, HealthCare.Gov, in terms of open enrollment numbers year after year.

However, this can be a bit tricky to compare because some of the states have shifted back and forth...four states which ran their own platform for the first one to three years (Hawaii, Kentucky, Nevada and Oregon) moved home to the mothership in later years, while one state (Idaho) did the reverse--they stuck with HC.gov for 2014 but then broke off onto their own platform after that.