WOW!! This article from last week is chock full of data-nuggety goodness, including the first solid updates out of Washington State in some time:

The share of Washingtonians going without health insurance has fallen by nearly 40 percent, thanks to factors put in play by the federal Affordable Care Act.

That’s the word from the state Office of the Insurance Commissioner, which estimates that the overall 970,000 of uninsured residents had fallen by 38 percent to about 600,000. That drops the uninsured rate to 8.65 percent of the state, down from about 14 percent, OIC spokeswoman Stephanie Marquis said Wednesday.

Oregon: Latest numbers confirm it: My freakout last week was premature; gross QHPs back up to 200/day

VERY interesting news out of Oregon. On the one hand, the gross QHP enrollment figure, which had been cut in half from 300/day down to 156/day is back up to over 200/day, right in line with the rebounds from Hawaii and Minnesota!

On the other hand, unlike last week when the net enrollment figure dropped from 280/day down to a measely 10 in an entire week, the number today is actually lower than it was a week ago!

Wisconsin: How to calculate the QHP total as of 6/1 without having that actual number

Contributor deaconblues provides a very nice catch today: A story about Wisconsin's enrollment figures which gives all the tools necessary to calculate the state's total and paid QHP enrollments as well as the off-exchange total to boot...all without actually providing any of those numbers, which is kind of a neat trick!

Let's break it down:

Minnesota: QHP enrollments back up from their low, still not up to June rates

Hmmm...as a follow-up to the last Hawaii update, I've taken a look at Minnesota (the 2nd of the 3 states which caused me to issue a dramatic off-season forecast drop). The results are...inconclusive:

Huh. A week ago I posted a Hawaii update which noted that exchange QHPs for Hawaii had actually dropped by 156 people from 6/28 through 7/05. This was quickly followed by similarly huge enrollment drop-off figures out of both Oregon and Minnesota.

However, check it out today...

Guam, Puerto Rico, American Samoa, the USVI & NMI are off the ACA hook

As I noted way back in October (seriously, I made a note of it at the bottom of the spreadsheet the very first week), the ACA situation in Guam, American Samoa, Puerto Rico, the U.S. Virgin Islands and the Northern Mariana Islands is, to put it mildly, kind of screwed up. Due to some massive oversights, they were stuck with some of the ACA's provisions (no denials for pre-existing conditions, having to accept everyone, etc.), but didn't get the other key provisions (no exchanges, no subsidies). As a result, it's been a bit of a mess.

Thankfully, the problem has been "solved", although not quite the way the Obama administration intended:

Guam and the four other American territories got some good news this week: they will no longer be held hostage by a byzantine set of Obamacare rules and regulations.

As deaconblues notes, a mixed bag. Scott Walker kicked 63,000 people off of Medicaid, of which 38,000 weren't able to receive coverage of any sort. On the plus side, over 97,000 additional people were added to Medicaid coverage.

Coverage ended in April for 62,776 people who earn too much to remain on Medicaid; they had until June 1 to buy the federally subsidized insurance offered through the federal online marketplace where applicants can shop for plans.

The new DHS numbers show that 30 percent, or nearly 19,000 people, purchased a plan through the exchange by the June deadline. Nearly 5,900 more, or 9 percent, either became Medicaid-eligible and received coverage through the state's BadgerCare Plus program or were enrolled in both Medicaid and the exchange.

Montana's official 4/19 exchange QHP tally was 36,584, of which I estimate around 33,000 have actually paid their first month's premium. Since MT has not expanded Medicaid, and is a sparsely-populated state, I only have them pegged with around 5,000 Woodworker enrollees, for a total of around 38,000 people.

Considering that the Kaiser Family Foundation has estimated the "previously uninsured" rate at only around 57% nationally, it's actually quite impressive that the net reduction in Montana's uninsured is 30,000; that suggests that for this state at least, it's closer to perhaps 79%:

Maryland: QHPs up to 75K...but they'll have to re-enroll this fall

The good news: While Maryland's enrollment numbers are still way below their expectations due primarily to a screwed-up exchange website, they're continuing to crank out smaller numbers of enrollees, and have now hit the 75K milestone:

Maryland enrolled about 75,000 people in private health plans, about half as many as the state initially aimed to sign up in private insurance plans. However, the state ended up enrolling about 300,000 people through Medicaid. The Connecticut health exchange technology was chosen largely because it was effective and preserves Medicaid enrollments.

The 300K Medicaid number is impressive, but I already have that number plugged in so no changes there.

On the down side, MD's move to an all-new exchange website platform (purchased from Connecticut), while a welcome move, will also require everyone who's receiving subsidies to re-enroll this November:

I posted about Colorado's June enrollments a couple of weeks ago, but that was a rounded number and apparently was mixing in SHOP enrollees with QHPs. The official report has been released, and the numbers are a bit worse than I thought (though still impressive for off-season enrollment): 136,605 QHPs and 2,373 SHOP enrollments.

Arizona: ACA-enabled Medicaid up to 192K, 41% of total eligible

Arizona may not be adding Medicaid expansion recipients at nearly the same rate as states like Michigan, West Virginia and Arkansas, but they're doing a pretty good job; AZ is now up to over 192K people, or about 41% of the estimated 469K uninsured individuals who are eligible for Medicaid:

Yeah, yeah, I know...it's a bit stupid to set up a Facebook page now instead of, say, back in October, November, December...but whatever. I was encouraged by the response at Netroots Nation 2014 that there's still enough interest to keep the site not just running but running robustly, so here you go: The official ACA Signups Facebook Page.

Also, while I'm at it, I've established a separate Twitter account just for ACA Signups. I mainly did this to prevent any imposters from doing so, since so many people are already following @charles_gaba for ACA updates, but I'll probably start cross-posting at @ACASignups as well if enough people start following it.

Halbig Follow-up: The fate of the ACA could depend on the definition of 1 word (and not the one you think)

NOTE: Yes, I'm back from the Netroots Nation convention here in Detroit, and yes, I have a mountain of ACA submissions (along with actual paying client work) to catch up on. However, with the DC Circuit Court ruling expected to come out tomorrow, it behooved me to post this ASAP:

A couple of weeks ago I posted a 2nd story about the last (to my knowledge) major anti-ACA case winding its way through the federal court system: Halbig v. Burwell.

In a nutshell, the plaintiffs are arguing that the precise wording of the ACA allows the IRS to issue tax subsidies to people who enroll in QHPs using the state exchanges (NY, CA, KY, CT, etc.), but not to people who enroll through the federal exchange (ie, Healthcare.Gov). If the case survives all the way through to the SCOTUS (or if it survives the full DC Circuit Court and the SCOTUS refuses to look at it), then it would presumably mean that almost 5 million people (or more) who enrolled via HC.gov and qualified for subsidies (about 85% of them) would a) have those subsidies cut off and b) could theoretically have to pay back the subsidies that they already received, assuming the ruling was retroactive. 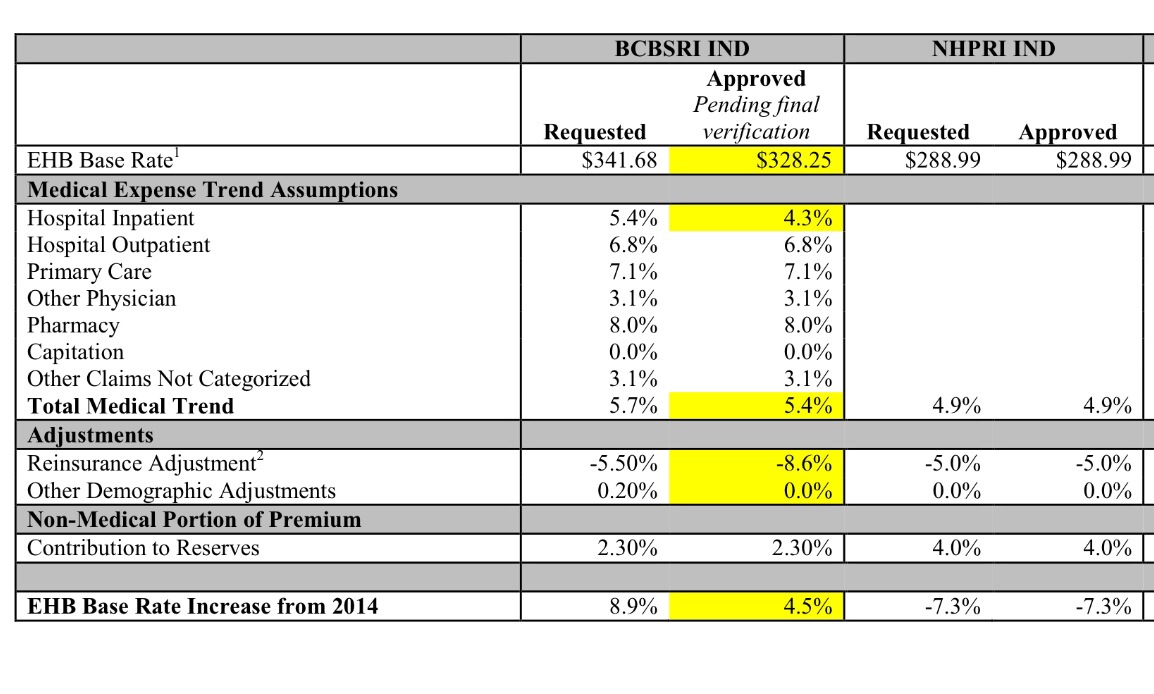 Programming Note: No updates (except for major news) for the next few days

As I mentioned the other day, I'll be attending the Netroots Nation conference here in Detroit for the next few days. On the one hand, this would seem to be the perfect event to post lots of blog updates. On the other hand, most of those updates require me to muck around with spreadsheets and whatnot, which I don't really feel like screwing with for the duration of the conference.

So, unless there's some really major ACA-related news which breaks between now and Sunday, I probably won't be posting anything until then. Please feel free to send updates, they just won't be posted until after the conference.

Thanks, and perhaps I'll see a few of you there!