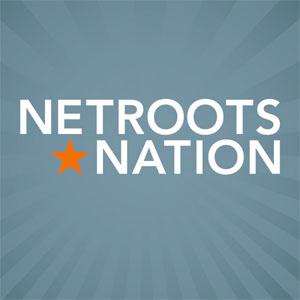 I've attended Netroots Nation twice before. The first time was way back in 2007 in Chicago, back when it was actually called Yearly Kos (the conference started out as an offshoot of the Daily Kos progressive online community). They changed the name to "Netroots Nation" the following year to reflect that it had grown larger than any single website. The second time was here in Detroit in 2014, which happened to also be the same point I was at my peak media awareness (my "fifteen minutes of fame" so to speak).

For more than a decade, Netroots Nation has hosted the largest annual conference for progressives, drawing nearly 3,000 attendees from around the country and beyond. Netroots Nation 2019 is set for July 11-13 in Philadelphia.

Our attendees are online organizers, grassroots activists and independent media makers. Some are professionals who work at advocacy organizations, progressive companies or labor unions, while others do activism in their spare time. Attendees can choose from 80+ panels, 60+ training sessions, inspiring keynotes, caucuses, film screenings and lots of networking and social events.

The panel agenda is determined by a variety of factors, one of which is NN's online voting process. The proposed panels with the highest votes aren't guaranteed to be selected, but it's an important factor:

It’s time to vote! This is your chance to vote on the panels and trainings you want to see presented in Philadelphia. You can vote for as many sessions as you like, but you only get one vote per session per day. Create a user (or log in if you voted last year) to get started. And remember, you can vote each day!

So why am I letting ACASignups.net readers know all this? Because I'm part of a proposed panel myself for this summer's Netroots Nation conference in Philadelphia!

WHAT IS THE FUTURE OF HEALTH CARE? ACA, MEDICARE4ALL, BUY-INS, PRESCRIPTION DRUG REFORMS AND MORE!

2019 is an exciting time for health care reformers. We're looking at several different national plans to get us to universal coverage, from Medicare for All, to a resurrected public option through Medicare/Medicaid buy-in plans, from ACA reforms, to Medicaid expansions in red states, and many plans on the table to rein in Big Pharma and the high cost of prescription drugs. What's the difference between the alphabet soup of plans? What are realistic goals for 2019/2020, and what requires a progressive takeover of Washington? What options are available in the states now? Getting beyond slogans and into the details: what do patients, caregivers and others have to say about all the plans' benefits and drawbacks?

What are the takeaways for people who attend this panel? Why is this panel important to the progressive movement?

Conservatives spent years talking about "repeal and replace", without ever figuring out what replace would look like. We need to make sure the progressive movement is able to help as many people as possible access affordable health care now, and understand what the choices and tradeoffs will be in the future for all the various plans. The health care and insurance industry is already spending millions of dollars to scare monger. We will deliver the facts, including from underserved perspectives.

Why should the Netroots Nation community vote for your session?

Medicare for All is a great slogan. But many people don't know a lot about the differences between the various plans, what the advantages and what the drawbacks are, and how Medicare/Medicaid/the ACA differ. We'll talk about all the plans and compare and contrast from our wonk and patient perspectives, so that everyone will have a better understanding about our options now, and our choices for after 2020 including the tradeoffs at stake for all of us.

Here's a little more info on my fellow panelists:

Please create an account if you don't already have one, log in and vote for our panel TODAY (and tomorrow, and each day through Monday, March 11th)!

UPDATE 3/12/19: Thanks to everyone who voted! In the end, our panel received 109 votes, coming in 20th out of 278 panel entries. This doesn't guarantee that our panel will be included (I'm sure there are many other factors involved in the decision), but it does show that there's significant interest in the topic. For what it's worth, the top vote-getter received over 500, while the lowest one only received 2.

What I did find somewhat interesting is that there were only two healthcare-focused panels submitted, and ours received nearly five times as many votes as the other one...which focuses purely on single payer only. This isn't a slam on the other panel, (as I said, the top panel overall received 5x as many votes as ours), but it does seem interesting given that the Netroots Nation audience is heavily progressive; I would've expected there to be more interest in a MFA-only panel than one which discusses other Universal Coverage options as well. This is a positive sign in my view.