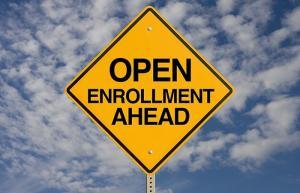 California technically launched Open Enrollment for 2021 (for current enrollees to re-enroll only) a month ago, on October 1st, but for the other 49 states +DC, it starts on November 1st. The deadline for Open Enrollment is December 15th in most states for coverage starting January 1st, 2021, but many states which operate their own ACA exchanges have extended deadlines:

Some of the exchanges will either allow you a few days grace period to finish up your enrollment process as long as you start it by midnight on the deadline date, but if you miss the deadline, you won't be eligible to enroll for ACA-compliant major medical coverage for the rest of the year unless you qualify for a Special Enrollment Period (SEP) due to a qualify life event lke getting married/divorced, moving, giving birth/adopting a child, turning 26, becoming ineligible for Medicaid or losing your employer-sponsored health insurance coverage.

NEW JERSEY and PENNSYLVANIA residents: Remember that both of these states have split off from HealthCare.Gov onto their own fully state-based ACA exchange websites!

Therefore, it's vitally important that everyone visit HC.gov (or their state exchange website) & plug in their projected 2021 info to see whether they qualify or not.

Federal ACA exchange subsidies to cut down on premiums are available, on a sliding scale, to households earning between 100 - 400% of the federal poverty line (up to around $51K for a single person or around $105K for a family of four). Addional subsidies to cover deductibles and other out-of-pocket costs are available to households earning 100 - 250% FPL.

There are four states which are offering additional subsidies to exchange enrollees, however:

Vermont and Massachusetts have had their state-based subsidy programs in place since the very first Open Enrollment Period in 2014, available to enrollees earning less than 300% FPL. Massachusetts actually has a whole different category of exchange policies for this population called ConnectorCare, while Vermont quietly tacks their subsidies on to regular ACA plans.

California launched their state subsidies in 2020. In their case, they enhance subsidies modestly for those earning 200 - 400% FPL while also extending new subsidies to those earning 400 - 600% FPL (up to around $76K if you're single or $157K for a family of four).

Starting in 2021, along with New Jersey's new state-based exchange, they're also offering additional subsidies to all exchange enrollees earning 100 - 400% FPL. For the first year of the program the state is simply dividing the funds up evenly among all on-exchange enrollees evenly, which they figure will come to between $564 - $840/year apiece, or roughly $47 - $70/month. This should bring many people's net premiums down to $0 (I'm assuming that it won't result in negative premiums, though it's conceivable this could happen for the first year given the lack of a sophisticated mechanism to calculate how much everyone is supposed to receive).

6. VIA SILVER LOADING, SOME SUBSIDIZED ENROLLEES MAY BE ABLE TO GET ZERO-PREMIUM BRONZE PLANS...OR EVEN ZERO-PREMIUM GOLD PLANS!

7. WHATEVER YOU DO, *DON'T* ALLOW YOURSELF TO BE *PASSIVELY* AUTORENEWED!

Again, the plans, pricing and tax credits you may be eligible for can change dramatically from year to year even if nothing significant changed at your end (income, household size, etc).

That means that anyone who doesn't log into their account at HealthCare.Gov, CoveredCA.com, etc. enter their current information and actively pick the plan they want next year could end up missing out on hundreds or thousands of dollars in financial help, a better-value plan, or both.

ONE MORE THING: There's no way of avoiding the elephant in the room. Yes, it's entirely possible that the Affordable Care Act itself will be struck down by the U.S. Supreme Court sometime next spring...and yes, it's conceivable that if this happens, it could potentially mean ACA subsidies and even the policies themselves could be terminated effective immediately. Many people are probably wondering whether they should bother enrolling this fall if their policy could be cut off anyway.

My response is that yes, if you were already planning on enrolling in an ACA exchange plan, you should still do so during Open Enrollment, for several reasons:

Just one week before the death of Justice Ruth Bader Ginsburg, whom she has been nominated to replace, Barrett participated in a mock court hearing on the pending case. She was part of an eight-judge panel that heard the mock arguments, conducted at William & Mary Law School.

None of the judges ruled in favor of the administration and Republican states’ request to strike down the law.

Five of the judges ruled that one part of the law — the so-called individual mandate, which Congress has already effectively nullified — was unconstitutional, but that the rest of the healthcare law could stay in place. The other three judges would have thrown out the case, arguing that the conservative states challenging the law did not have standing to bring the suit.

It's not known which group Barrett was part of, but either way, in a mock version of the case, at least, she ruled that either the case had no merit or that the penalty was severable from the rest of the law. That doesn't mean she'd rule the same way in the real case, of course, but it lends at least a bit of hope.

This means that those enrolling in coverage starting in January will have solid coverage for at least the first four to six months of the year...which is vitally important, especially in the middle of a pandemic which shows no signs of slowing down. Coverage for 4-6 months is still better than for zero months.

So yes, definitely consider enrolling in an ACA exchange plan if you don't have adequate healthcare coverage via Medicare, Medicaid, CHIP or your employer.