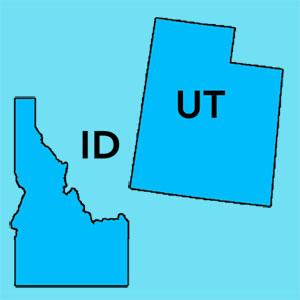 In Idaho, more than 60 percent of voters supported a ballot measure to expand Medicaid.

But in both states, the Republican Legislatures are looking for ways to roll back those votes.

I wrote a few pieces about both Idaho and Utah's Medicaid expansion ballot initiatives last year. Idaho's was more straightforward. Utah went through a rather confusing process, because the state legislature attempted to head it off at the pass, so to speak, by passing a limited expansion bill ahead of the full expansion initiative:

...HB472 also requires enrollees to prove they are working or participating in volunteering, vocational training or similar activities.

...Yet it remains unclear if even Trump’s CMS will approve one key provision Utah is proposing. The HB472 plan calls for only a partial expansion of Medicaid coverage for adults making up to 100 percent of the poverty line, or $12,140 annually for a single person.

According to this analysis by the Center on Budget & Policy Priorities, not only would this bill overturn the explicit will of the voters and cover up to 60,000 fewer people, it would actually cost more then if they just expanded Medicaid directly, as the ballot proposal demanded:

In its place, the bill directs the state Medicaid agency to seek approval for an unusual and uncertain federal Medicaid waiver that would provide Medicaid coverage to 48,000 fewer Utahans and would cost the state $50 million more over the next two years, according to a state fiscal analysis.

There may be confusion about whether the crappier version would only cover 70,000, 90,000 or 102,000 people, but the reason for the reduction is simple: It would cut off the income cap at 100% FPL instead of 138% FPL, as well as tacking on work requirements to boot (which have already caused at least 17,000 Arkansas residents to lose coverage in the past few months).

As for how this BS bill would cost more than if they just passed "clean" Medicaid expansion...

The partial expansion under SB96, if approved, would cause 48,000 fewer newly eligible people to enroll in Medicaid than the full expansion plan voters approved, which would cover approximately 150,000 people. Under CMS guidance, states can only receive the ACA’s enhanced federal match rate of 90 percent if they cover the entire expansion eligibility group. Therefore, Utah expects to initially receive its normal 68 percent federal match rate for its partial expansion, meaning it will have to cover 32 percent of the cost, instead of 10 percent under full expansion. Because it would cost more to pay for 32 percent of the cost of covering about 100,000 people than 10 percent of the cost of covering about 150,000 people, Utah would pay $50 million more to cover 48,000 fewer people through Medicaid, a fiscal note prepared for the Utah legislature confirms.

In other words, the total cost per enrollee would be the same...it's just that Utah would have to pay a much higher portion of that cost. So much higher, in fact, that it would still cost them more even though they'd be paying for fewer people to be covered. Brilliant!

So in short, we have a trifecta: The bill would 1) undemocratically overturn the will of the people in order to 2) provide coverage to tens of thousands fewer people while 3) costing the state of Utah millions of dollars more...all for absolutely no good reason whatsoever.

Meanwhile, in Idaho, the newly-passed ACA Medicaid expansion initiative is under attack on two fronts: Not only is the GOP-controlled legislature trying to pull the same crap they are in Utah...

Three months after Idaho voters approved a Medicaid expansion ballot initiative, House lawmakers are still discussing what conditions or restrictions should be placed on the move.

No bills have been introduced yet, but a group of about 15 Republicans met this week to coordinate their proposal. They’re looking at nearly a dozen waiver options, including work restrictions, co-pay requirements and lifetime limits.

...Given the number of conditions they’re proposing, though, this would conceivably delay implementation beyond the expected Jan. 1, 2020, starting date.

...The Department of Health and Welfare expects to submit an amended state plan to CMS within the next few weeks, seeking federal approval of the new income limit. Any additional restrictions or limitations would require a separate waiver request. The Legislature would first have to adopt the waiver, which would then be subject to federal approval.

...but there was also a lawsuit seeking to negate the ballot expansion altogether:

The whole discussion of waivers, though, could be rendered moot by the Idaho Supreme Court. The court heard arguments this week in an Idaho Freedom Foundation lawsuit that seeks to block implementation of the ballot initiative. Zollinger said he’d prefer to wait for a ruling in the case before introducing a waiver bill.

The good news is that literally as I was writing up this blog post, the Idaho Supreme Court chimed in...

The Idaho Supreme Court on Tuesday said that Medicaid expansion, passed by voters as ballot Proposition 2, is legal.

The court ruled against the Idaho Freedom Foundation in its lawsuit, which argued that Prop 2 was written in a way that gave too much power to the federal government and the Idaho Department of Health and Welfare.

That's great news, but it still leaves open the possibility of the state GOP screwing around with the expansion program.

Unlike Utah's program, which is supposed to kick into effect on April 1st, Idaho's wouldn't start until January 1, 2020, so there's more time for Idaho legislators to mess with it before it starts up. Stay tuned...