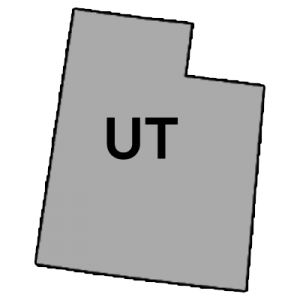 A couple of weeks ago I reported that the state legislature and governor of deep red Utah has agreed to partly expand Medicaid under the ACA...

...but with two major caveats:

...HB472 also requires enrollees to prove they are working or participating in volunteering, vocational training or similar activities. The Trump administration has told state officials it is receptive to such tweaks requested by individual states, which were nonstarters under the Obama administration.

...Yet it remains unclear if even Trump’s CMS will approve one key provision Utah is proposing. The HB472 plan calls for only a partial expansion of Medicaid coverage for adults making up to 100 percent of the poverty line, or $12,140 annually for a single person.

Yep, it would cut expansion off at 100% FPL instead of 138% as standard ACA expansion is supposed to, and it would impose an utterly pointless and harmful work requirement on top of that. However, it's Utah, so folks should take what they can get, right?

Well, apparently a lot of Utahns have decided "nope, we're gonna raise the bar and go for it" after all:

Utah voters are poised to vote on Medicaid expansion after an advocacy group raised enough signatures to put the issue on the ballot in November.

More than 165,000 signatures will be submitted Monday to place a Medicaid expansion initiative on the ballot. Organizers from the group Utah Decides Healthcare needed more than 113,000 signatures from registered voters to earn a ballot spot.

If approved, the initiative would require the state to expand Medicaid to people making up to 138 percent of the federal poverty level, and would prohibit enrollment caps.

Under ObamaCare, the federal government would cover 90 percent of the costs of expansion. The state share would be funded through a 0.15 percent increase in the sales tax.

CMS has never approved a partial expansion when other states have tried.

So in short, here's where things stand: