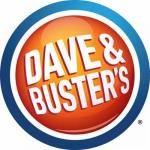 h/t to Mike Bertaut for the head's up on this:

...After trying — and failing — to get a high-profile lawsuit dismissed, Dave & Buster’s agreed to pay $7.425 million to settle the suit, which accused the restaurant and entertainment chain of illegally cutting staffers’ hours to prevent them from receiving healthcare benefits.

...As HR Morning covered previously, the ERISA lawsuit was the first case in which an employer was accused of intentionally interfering with employees’ hours to avoid the ACA’s employer mandate.

The lawsuit hinged on a very specific section of ERISA — the employees sued under ERISA Section 510.

Granted, ERISA was written primarily to apply to retirement plans. But Section 510 can be applied to a number of benefit plans as well — including healthcare coverage.

Section 510 says (the critical parts are in bold):