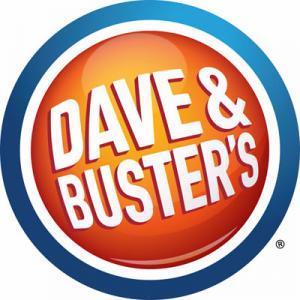 h/t to Mike Bertaut for the head's up on this:

...After trying — and failing — to get a high-profile lawsuit dismissed, Dave & Buster’s agreed to pay $7.425 million to settle the suit, which accused the restaurant and entertainment chain of illegally cutting staffers’ hours to prevent them from receiving healthcare benefits.

...As HR Morning covered previously, the ERISA lawsuit was the first case in which an employer was accused of intentionally interfering with employees’ hours to avoid the ACA’s employer mandate.

The lawsuit hinged on a very specific section of ERISA — the employees sued under ERISA Section 510.

Granted, ERISA was written primarily to apply to retirement plans. But Section 510 can be applied to a number of benefit plans as well — including healthcare coverage.

Section 510 says (the critical parts are in bold):

“It shall be unlawful for any person to discharge, fine, suspend, expel, discipline, or discriminate against a participant or beneficiary for exercising any right to which he is entitled under the provisions of an employee benefit plan, this subchapter, section 1201 of this title, or the Welfare and Pension Plans Disclosure Act [29 U.S.C.A. § 301 et seq.], or for the purpose of interfering with the attainment of any right to which such participant may become entitled under the plan, this subchapter, or the Welfare and Pension Plans Disclosure Act. 29 U.S.C. § 1140.”

According to the court, Dave & Buster’s health insurance plan is an employee welfare benefit plan under ERISA.

...A few things that hurt the restaurant in the case:

The irony about the employer mandate is that while I'm obviously a supporter of the ACA in general, I'd actually prefer it if the employer mandate was repealed--but only if this is done in conjunction with a bunch of other changes/improvements first, such as removing the 400% FPL subsidy cap, beefing up exchange plan quality, fixing the family glitch and "skinny plan" glitch and so forth (along with bringing back the individual mandate and strengthening it).

Basically, the eventual goal of universal coverage shouldn't rely on employer-based coverage for a variety of reasons including job lock and the employer insurance tax exemption, and the ACA's employer mandate actually works against that goal.

HOWEVER, until those other reforms/improvements are made, the employer mandate is the law, and skirting it via stunts like D&B pulled are pretty obnoxious. Glad to hear them called on it and hoping other companies caught doing this will be busted as well.

Of course, the more likely result (going forward, at least) will be for companies to simply not be so blatant about why they're cutting people's hours. They'll just make up other excuses, like an HR person who just claims an applicant "isn't right for the job" instead of coming right out and saying "I'm not hiring you because you're black/Jewish/etc."

On the other hand, it's way too late to put the cat back in the bag now...many companies have been very publicly threatening to slash employee hours to avoid the employer coverage mandate for over seven years now, so I wouldn't be surprised if D&B isn't the only company busted for it:

...Also in the hot seat now is Applebee's, because one of its franchisees, Zane Tankel, said that he wouldn't hire any more workers and may cut hours of current employees because of the Affordable Healthcare Act. "We've calculated it will [cost] some millions of dollars across our system. So what does that say -- that says we won't build more restaurants. We won't hire more people," Mr. Tankel told Fox Business Network. Applebee's corporate distanced itself from Mr. Tankel, saying that the views of Mr. Tankel do not necessarily reflect that of the broader Applebee's brand.

...Other chains have warned of cut hours or layoffs and have largely escaped this week's outrage. Darden Restaurants, which owns Olive Garden and Red Lobster among others, in October said it was putting more employees on a part-time schedule in select markets as part of efforts to lower costs in anticipation of Obama's health-care law.