#ACA2.0 gets a vote at last: A Deep Dive into #HR1425, the Affordable Care Enhancement Act

Back in early March (a lifetime ago given the events of the past few months), House Democrats were on the verge of finally voting on a suite of important ACA protections, repairs and improvements which I've long dubbed "ACA 2.0" (the actual title of the first version of the "upgrade suite" bill was ridiculous when it was first introduced in 2018, and the slightly modified version re-introduced in 2019 was somehow even worse, no matter how good the bill itself was).

The game plan was to hold a full floor vote in the House on H.R. 1884 (or possibly a slightly different variant) the week of March 23rd, 2020 to coincide with the 10th Anniversary of the Affordable Care Act itself. This would have made perfect sense both symbolically as well as policywise, as the ACA desperately needs a major upgrade (and it would've needed one even without years of Trump/GOP sabotage, I should note).

Happy Father's Day. Here's my weekly update of the spread of COVID-19 across all 50 states, DC & PR over time, from March 20th through June 21st, 2020, in official cases per thousand residents.

I've given up trying to tie every trend line to the state name; it simply gets too crowded near the bottom even with a small font size, so I've grouped some of them together where necessary.

Note that this graph doesn't take into account any of the rumored undercounts in Florida, Georgia etc...these are based on the official reports from the various state health departments. If and when those are ever modified retroactively I'll update the data accordingly.

Note: The sudden jumps in New York and Massachusetts reflect reporting methodology changes; MA started including probable COVID-19 cases, while New York added a batch of 15,000 positive antibody tests results they hadn't been previously including. Michigan's probable cases have been retroactively added into each daily total.

Covered California: Statement re. protecting LGBTQ+ & other individuals from discrimination

Statement from Peter V. Lee on Protecting Individuals from Discrimination Based on Categories Like Gender Identity and Sexual Orientation

“Covered California continues to make quality health care coverage more accessible and affordable to Californians of all ages, religions, abilities, sexual orientation, gender identities, races, ethnicities and national origins. We’ve built upon the Affordable Care Act’s landmark market reforms to ensure that no one can be turned away from coverage, and that once enrolled they would have access to affordable, high-quality care.

Not terribly surprising news; via the Maryland Health Benefit Exchange:

The Maryland Health Benefit Exchange announced today that it has extended the deadline of its Coronavirus Emergency Special Enrollment Period so that uninsured residents will have until July 15 to enroll in health coverage through Maryland Health Connection, the state’s health insurance marketplace.

UPDATE x2: Cat's Out of the Bag: Some sort of ACA 2.0 bill will indeed be voted on by the House this month!

Regular readers may have noticed that after a 3-4 month hiatus, I've recently started writing several stories touting "ACA 2.0"-type bills again over the past week or so.

First, last Tuesday, I dusted off my "How much would H.R. 1868 lower YOUR premiums?" series, in which I look at real-world examples of the impact of killing the ACA subsidy cliff (i.e. the 400% FPL income eligibility threshold) and beefing up the underlying subsidy formula in specific parts of the country. Then, on Monday, I wrote an updated explainer of a newer bill, H.R. 6545, an Age-Based subsidy enhancer, which I'm touting as a perfect companion bill to go alongside H.R. 1868.

Just how accurate is WorldoMeter anyway?

As regular readers know, for the past month or so I've been devoting way too much time to tracking COVID-19 cases & fatalities at the state and county level. For my sources, it's been a combination of state health department websites, the New York Times daily GitHub data archive, the Johns Hopkins University daily GitHub data archive and the WorldoMeter website...which in turn gets their data from other sources. The testing data on my state-level spreadsheet, meanwhile, comes from the COVID Tracking Project website.

For the most part, however, I've settled on WorldoMeter for the state-level data and Johns Hopkins U for the county-level data, as each source formats their data in the most convenient manner for my purposes in porting it to my spreadsheets. Back in April, I noted that the DC Health Link ACA exchange had announced what appeared to be a special enrollment period specifically intended for employees of small businesses via the ACA's SHOP program, through September 15th, 2020:

Guest Post: Why Are We Waiting for the Federal Goverment to Offer Comprehensive Testing and Contact Tracing? 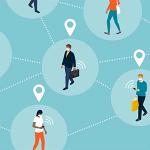 Note: This is a guest post by Miranda Wilgus, Executive Director and Co-Founder of ACA Consumer Advocacy (disclosure: I'm on the ACACA board of directors).

In the middle of June 2020, with over three months of an international pandemic behind us, over 100,000 Americans and more around the world dead from Covid19 and its complications, what are we waiting for? We know that our administration has done everything possible to impede the facilitation of needs and resources to our country. Special interests are running rampant, price gouging is the norm, government agencies have been scooping up supplies from states that are desperately needed, and the GOP controlled Senate is more focused on packing courts with unqualified idealogues than with passing bills to assist Americans financially affected by the pandemic. 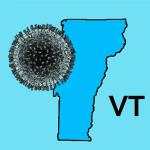 On April 15th, just ahead of the original SEP deadline, they bumped it out by a month:

Due to the COVID-19 emergency, Vermont Health Connect has opened a Special Enrollment Period until May 15, 2020. During this time, any uninsured Vermonter can sign up for a Qualified Health Plan through Vermont Health Connect. Qualified families can also get financial help paying for coverage.. Please call us at 1-855-899-9600 to learn more.

Then, with the May deadline approaching, I took a look and sure enough, they've bumped it out another month: 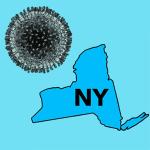 When that deadline approached, NY Governor Andrew Cuomo ordered the COVID-19 SEP to be bumped out by another month.

And now, with the June 15th deadline having come and gone, lo and behold:

Governor Andrew M. Cuomo today announced low-risk youth sports for regions in phase three of reopening can begin on July 6th with up to two spectators allowed per child.

Here's the top 40 counties ranked by per capita COVID-19 cases as of Sunday, June 14th: