Tennessee: IMPORTANT: BCBSTN baking in #RiskAdjustmentFreeze based on lost *2019* revenue, not 2017 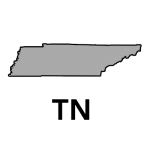 A few days ago I noted that Blue Cross Blue Shield of Tennessee, which holds over 50% of TN's ACA-compliant individual market, specifically noted in their individual market rate filings that while they're lowering rates by 10.9% on average in 2019, they had been planning on lowering rates considerably more prior to the bombshell announcement that CMS has decided to "freeze" Risk Adjustment fund transfers for an unknown period of time. Specifically: