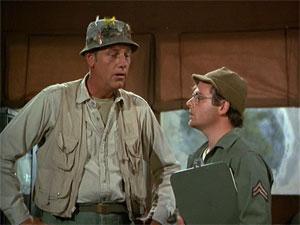 I haven't been very kind to Trump's CMS Administrator Seema Verma over the past three years, with very good reason. She's spent her entire time as head of the Centers for Medicare & Medicaid pushing for states to impose draconian work requirements for Medicaid, trying to weaken or even eliminate ACA protections, promoting substandard #ShortAssPlans and mocking the very programs she's supposed to be in charge of. She's overseen troubling "memory holing" of critical information on both HealthCare.Gov as well as the Medicare & Medicaid websites,

She's also pissed away $3 million in taxpayer money on personal PR stunts to "improve her image" with the public, among other things. Hell she even once (allegedly) tried to blackmail (or is that "quid pro quo"?) the insurance lobby into supporting Trump's attempt to repeal the ACA itself, which takes an amazing level of chutzpah.

Having said that, once in a blue moon Verma will do something at least half decent, if not redeeming. She's been very supportive of state-based reinsurance waivers to reduce unsubsidized premiums; she wasn't willing to let Kansas cut people off of Medicaid enrollment for life after 3 years; and while HC.gov itself has had a lot of concerning developments under her watch, at least it's still operational and seems to have been running smoothly for the most part.

With all that in mind, this Politico story by Rachana Pradhan, Adam Cancryn and Dan Diamond has a lot of fascinating tidbits:

President Donald Trump’s health secretary, Alex Azar, and his Medicare chief, Seema Verma, are increasingly at odds, and their feuding has delayed the president’s long-promised replacement proposal for Obamacare and disrupted other health care initiatives central to Trump's reelection campaign, according to administration officials.

Initiate eye-roll. Donald Trump himself has absolutely no "replacement proposal" for the Affordable Care Act. He never did, and he never will. He doesn't have the mental capacity to grasp the most basic elements of health insurance or risk pools, much less put together a "plan".

Some of his underlings, on the other hand, including Azar and Verma, do understand such things, and the second paragraph includes this eyebrow-raiser:

Verma spent about six months developing a Trump administration alternative to the Affordable Care Act, only to have Azar nix the proposal before it could be presented to Trump this summer, sending the administration back to the drawing board, senior officials told POLITICO. Azar believed Verma’s plan would actually strengthen Obamacare, not kill it.

Most of the article itself, as the headline indicates, goes into the personal squabbling, backstabbing and petty undermining of each other by Azar & Verma's camps, along with the usual denials that anything is amiss by official spokespeople. However, a few items in particular caught my eye. Besides the above bombshell (which I'll discuss more in a bit), there's this:

The tensions between Azar and Verma blew up this summer after Verma — in an Oval Office meeting with senior administration officials, including Azar and Trump — criticized a major drug pricing proposal Azar had been pushing for months, said three officials with knowledge.

In doing so, Verma sided with White House officials, including domestic policy chief Joe Grogan, who have challenged Azar on several major policy debates, including the administration's position on a high-profile lawsuit that could strike down the entire Affordable Care Act.

Let me repeat that: Seema Verma supposedly opposes Trump on striking down the entire ACA (that doesn't mean she opposes striking down parts of it, mind you...but at least she's opposed to the whole thing being wiped out, anyway).

In fact, as alluded to earlier:

...Around the same time, Verma was finalizing an Obamacare replacement proposal that would have created new subsidies for coverage options that the administration has long opposed. Azar and other senior officials worried that Verma's plan would drive people away from the cheaper but less robust health insurance options the White House had crafted over the previous two years. The proposal's $1 trillion price tag was also a nonstarter.

Ignoring the "$1 Trillion" bit at the end for the moment, the rest of this snippet, while vague, sounds an awful lot like...dare I say it...an ACA 2.0 upgrade?

I asked Dan Diamond for clarification, and he was able to provide this update from today's Politico Pulse newsletter:

Verma was deputized by the White House to craft a replacement — but came back with a $1 trillion proposal this summer that would have boosted subsidies for Obamacare plans. Azar worked to kill the idea before the president could learn about it, three officials told POLITICO.

"Verma slow-rolled writing a replacement plan and took six months," a senior administration official said. "When it went to the White House everyone — including on up to the vice president — was aghast at the plan because of the price tag and because it propped up Obamacare." CMS and the White House have defended Verma's role; HHS declined comment.

Whoa. There you have it. Unless I'm misunderstanding what Verma had in mind--and there's a very good chance that I am, mind you--everything here sure sounds an awful lot like the ACA 2.0 bill I've been pushing hard for House Democrats (and the Senate, of course) to pass: H.R. 1868, which would eliminate the subsidy cliff and beef up the subsidy formula.

The only part of the very limited information above which doesn't fit is the "$1 Trillion" figure, presumably over a 10-year period. I don't know exactly how much H.R. 1868 would cost, but I can't imagine it'd be more than $20 billion/year at most...perhaps $250 billion over a decade, or only 1/4 of the $1T figure referenced.

For all I know, Verma was also pushing to upgrade the ACA benchmark plan from Silver to Gold, which is what Elizabeth Warren's own ACA 2.0 bill (CHIPA) would do. If you also throw in a federal reinsurance program (which the larger House ACA 2.0 bill, H.R.1884 would include), it would increase the cost significantly, perhaps doubling it to around $500 billion over a decade at the outside.

Even with all of that, though, I don't see any way it could come in at $1 Trillion in additional federal spending.

Anyway, part of me wants this to be true, while the other part is certain that I'm reading wayyyyyyy too much into it.

The irony of this is that if I do have it right and Verma was trying to quietly slip through a significant ACA 2.0 upgrade, and if Trump had actually liked it and somehow managed to push it through Congress, he would have undermined a huge portion of the healthcare proposals of Joe Biden, Pete Buttigieg, Amy Klobuchar and even Elizabeth Warren, stealing away healthcare as a major campaign issue in one shot.

Amazingly and ironically, his own stupidity and vanity is too great for him to recognize the political benefit of doing so...because it would require admitting that President Obama's signature accomplishment was actually a good thing and worth building on.