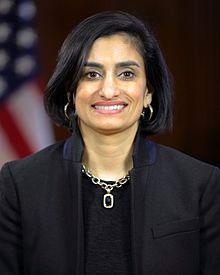 Earlier this year, a top Republican communications operative delivered a plan to boost the profile of Seema Verma, President Trump’s appointee overseeing health insurance for the elderly and poor. The “Executive Visibility Proposal” was a month-by-month blueprint to have her grant interviews to Women’s Day and other magazines, speak at prominent conferences and appear at Washington’s most prestigious social events.

Marked “privileged, pre-decisional, deliberative,” the eight-page proposal, emailed to Verma’s deputy chief of staff, was part of an unusual campaign carried out by high-paid contractors Verma brought on at a cost to taxpayers of more than $3 million.

This work over 19 months that provided “strategic communication” services by a network of politically connected contractors and subcontractors, first reported by Politico, came as Verma spoke about the importance of fostering individual responsibility and self-reliance among the nation’s needy.

For the record, $3 million would cover:

Setting aside any issues of corruption, I should note that "the nation's needy" don't generally have $3 milion apiece in taxpayer dollars available to "boost their profile".