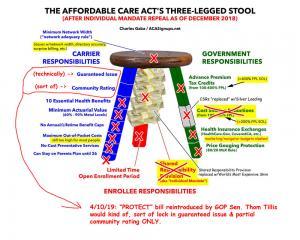 Well, with the #TexasFoldEm oral arguments now officially scheduled for the week of July 8th, it looks like North Carolina Senator Thom Tillis has decided to try and save his butt in 2020 by reintroducing largely the same bill, with a twist:

...Like last year's version, the Tillis bill doesn't have the votes to move forward in the Senate. Democrats have dismissed GOP health care efforts, which they view as a way to undermine Obamacare, and it's an open question whether all Republicans in the chamber to support it. Fifteen Senate Republicans co-sponsored a similar Tillis measure in the last Congress. House Democrats, now in control of the chamber, have focused their energy on defending Obamacare or more expansive health care overhauls, making it exceedingly unlikely they'd ever consider the bill.

Tillis first introduced the legislation shortly after the Justice Department announced it would not defend Obamacare's pre-existing protections in the Texas case. The senators marketed that bill as ensuring that those with imperfect health histories would be able to get insurance. It became a talking point for some Republicans on the midterm campaign trail.

However, experts quickly pointed out that the bill would allow insurers to exclude coverage of the pre-existing conditions and to adjust premiums based on gender, which could increase rates for women, especially those of child-bearing age. Obamacare, on the other hand, requires insurers to provide comprehensive policies and bars them from using gender as a factor in rates.

This year's legislation would bar insurers from excluding such coverage, according to The Wall Street Journal, which first reported the new Tillis bill.

Hmmm...well, let's take a look at the new version of the bill, shall we? Oh, wait...we can't. The actual legislative text hasn't been posted online yet.

The revised version supposedly checks off the Community Rating and Essential Health Benefits parts of the Three-Legged Stool's Blue Leg, but until I see the text let's just say I'm more than a little suspicious. Even if that's the case, it would still be missing the rest of the blue leg (miniumum actuarial value, prohibition on annual/lifetime claims caps, limit on out-of-pocket expenses and so on).

Color me more than a little skeptical.

In other words...not much has changed. Also, this cute trick:

In other words, as Jeffrey Young noted last summer:

But prices could dramatically vary based on age, gender, occupation and other factors, including hobbies, in ways that are functionally the same as basing them on medical histories. Insurance companies have a lot of experience figuring out that stuff. 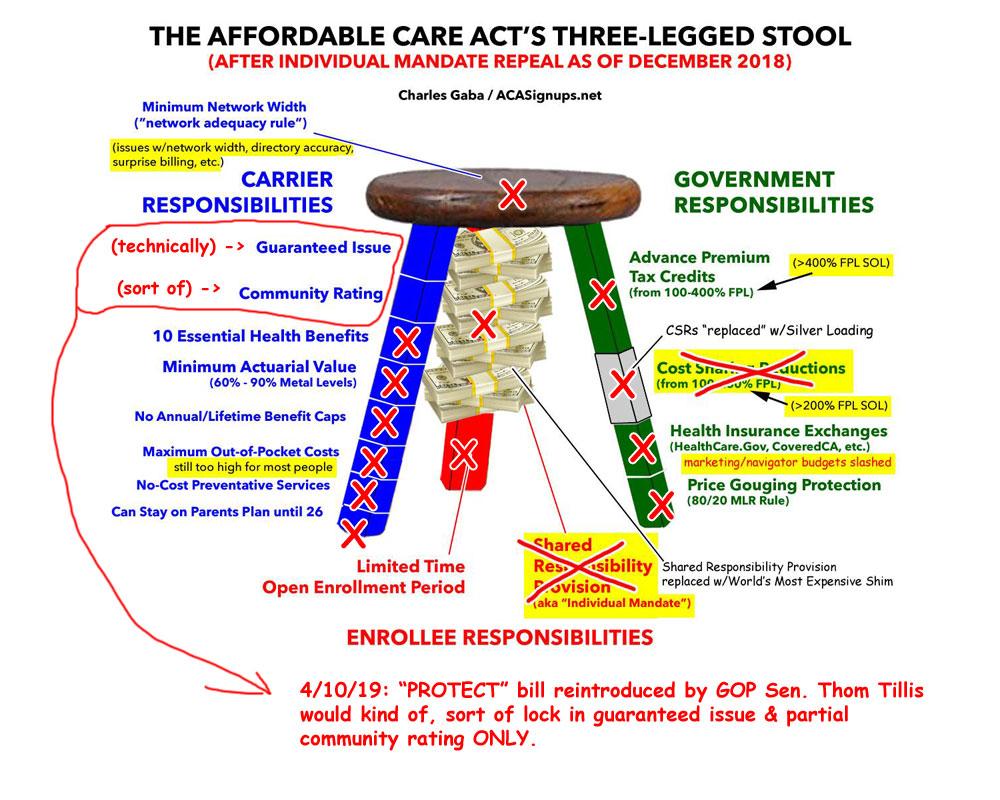