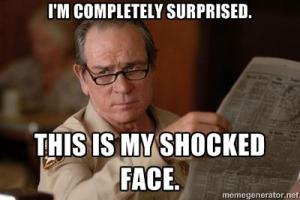 “With the repeal of the individual mandate and the failure of Congress to enact stabilization legislation, we are expecting premiums to go up substantially,” Haltmeyer said.

He estimated that average premium increases nationwide will be in the “low teens,” but that there will be major variation across areas, ranging from the low single digits to up to 70 to 80 percent.

He said the premium increases are “related to the loss of the mandate and then underlying medical costs.”

Let me repeat that: Premium increases (for 2019) will be releated to the loss of the mandate AND THEN underlying medical costs.

In other words, as I and other healthcare pundits/analysts/wonks have been saying for months, repeal of the individual mandate by Congressional Republicans is the single largest driver of 2019 rate hikes, period.

Oh, and what comes after mandate repeal and underlying medical costs? You guessed it: #ShortAssPlans

Haltmeyer said another factor driving premium increases is the Trump administration’s move to expand short-term plans that do not meet ObamaCare requirements. Like repeal of the mandate, insurers warn that change will siphon off healthy people and raise premiums for those remaining in ObamaCare plans.

Only 4 states have actually posted their preliminary 2019 rate increase requests as of today but here's what it looks like nationally so far: 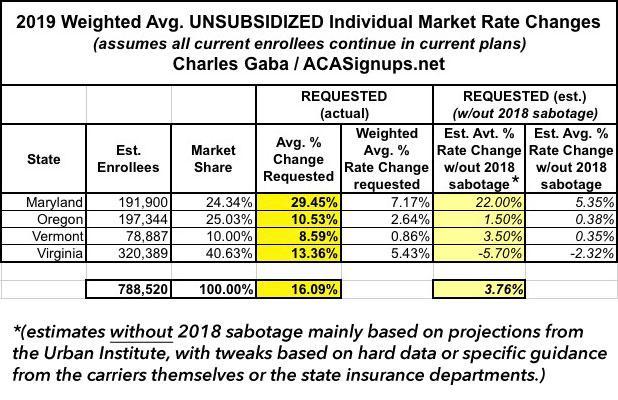 In addition, while this doesn't come from the carriers in the state, Covered California has posted their own projections of the sabotage factor for next year: Around 9-13% average increases, with a good 5-8 points of that being due specifically to the mandate being repealed.

Here's the Urban Institute's (revised) projections of how much the one-two sabotage punch of mandate repeal + #ShortAssPlans is expected to jack rates up on a state level basis: 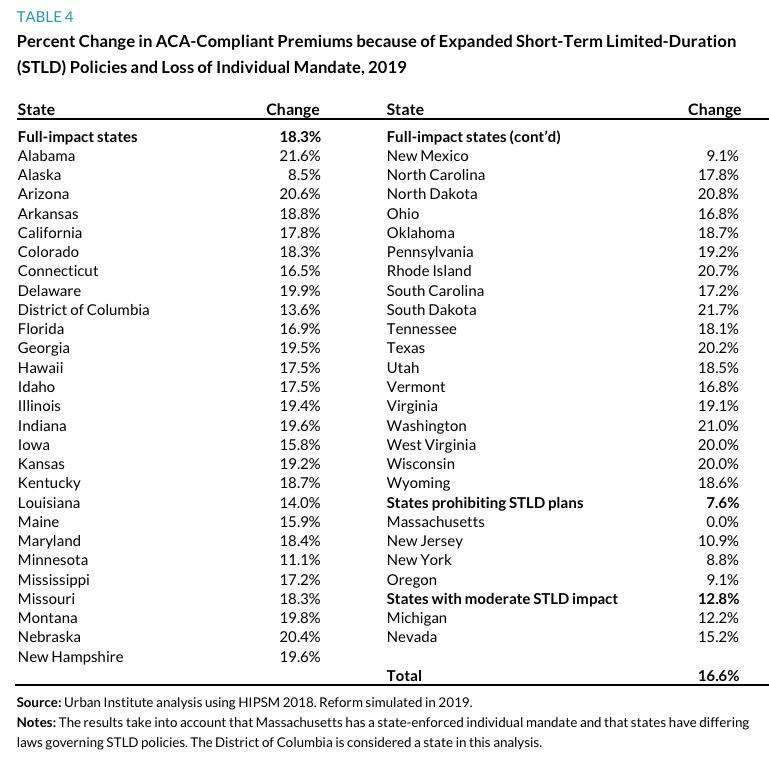 More states will be plugged in here as they post their requests.

And how much is "most"? Well, last year I accurately estimated that around 60% of the overall ~29% average unsubsidized premium increases for 2018 were caused specifically by GOP sabotage. For 2019, it's still very early, of course, but at the moment it's looking like the overall increase will be smaller (I have it pegged at 16% so far based on the first 4 states), but the portion of that increase caused by sabotage appears to be larger: Around 3/4 of it. Based on that, here's a rough breakout of the influence of both 2017 and 2018 sabotage on 2019 premium increases (I've pretty much confirmed the 2018 breakout; the 2019 projected breakout is based on the 4 states I've already analyzed, influenced by the Urban Institute projections above): 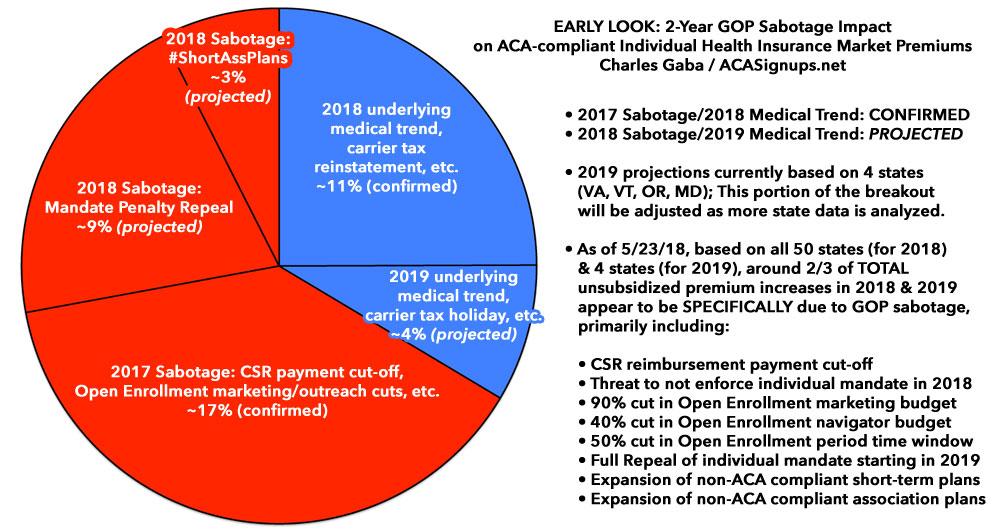