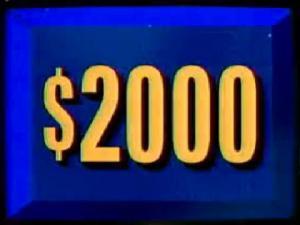 Then, this morning, the Center for American Progress (CAP), using projection data from the Urban Institute (and very much confirmed by similar projections from the Congressional Budget Office, the Society of Actuaries and the Chief Actuary for the HHS Dept.) posted a new analysis projecting the expected impact of 2018 sabotage efforts by Donald Trump and Congressional Republicans on unsubsidized 2019 premiums.

Since the estimates for this year and the projections for next year vary widely by state, I've decided to bring both spreadsheets together to see just how much more unsubsidized 2019 enrollees can expect to pay than they otherwise would be next year specifically because of sabotage efforts by the GOP. Again, this is separate from normal inflation and the like.

Note that the methodology is a bit different for each year. For 2018, I did my best to take into account all ACA-compliant individual policies at every metal level. For 2019, CAP based their projections using the benchmark Silver plan only (no Bronze, Gold or Platinum plans, nor does it include other Silver plans). Around 62% of exchange enrollees chose Silver plans this year, and I'm pretty sure the vast majority of them chose the benchmark plan (or one very close to it), so this probably reflects at least 50% of the exchange market, plus at least 25% (?) of the off-exchange market, which is much smaller. Proportionately, however, the 2019 increases in Bronze/Gold/Platinum plans should be pretty similar in most states this year, so using the benchmark plan should be reasonably representative.

Also note that I have incomplete data for DC and NY, so don't really have an estimate for the 2018 portion...but the largest 2018 sabotage factor was the CSR payment cut-off, and both DC and NY happen to have extremely low CSR takeup anyway, so the sabotage factor should be fairly small in those areas this year.

With all that said, it's not a pretty picture: Nearly $2,000 in combined 2017-2018 sabotage-driven price hikes in 2019 (arond $165/month), ranging from as low as $636 in Massachusetts (neither #MandateRepeal nor #ShortAssPlans should have any impact in 2019 since they have their own mandate penalty and strictly control short-term plans) to as high as over $3,200 in Wyoming. 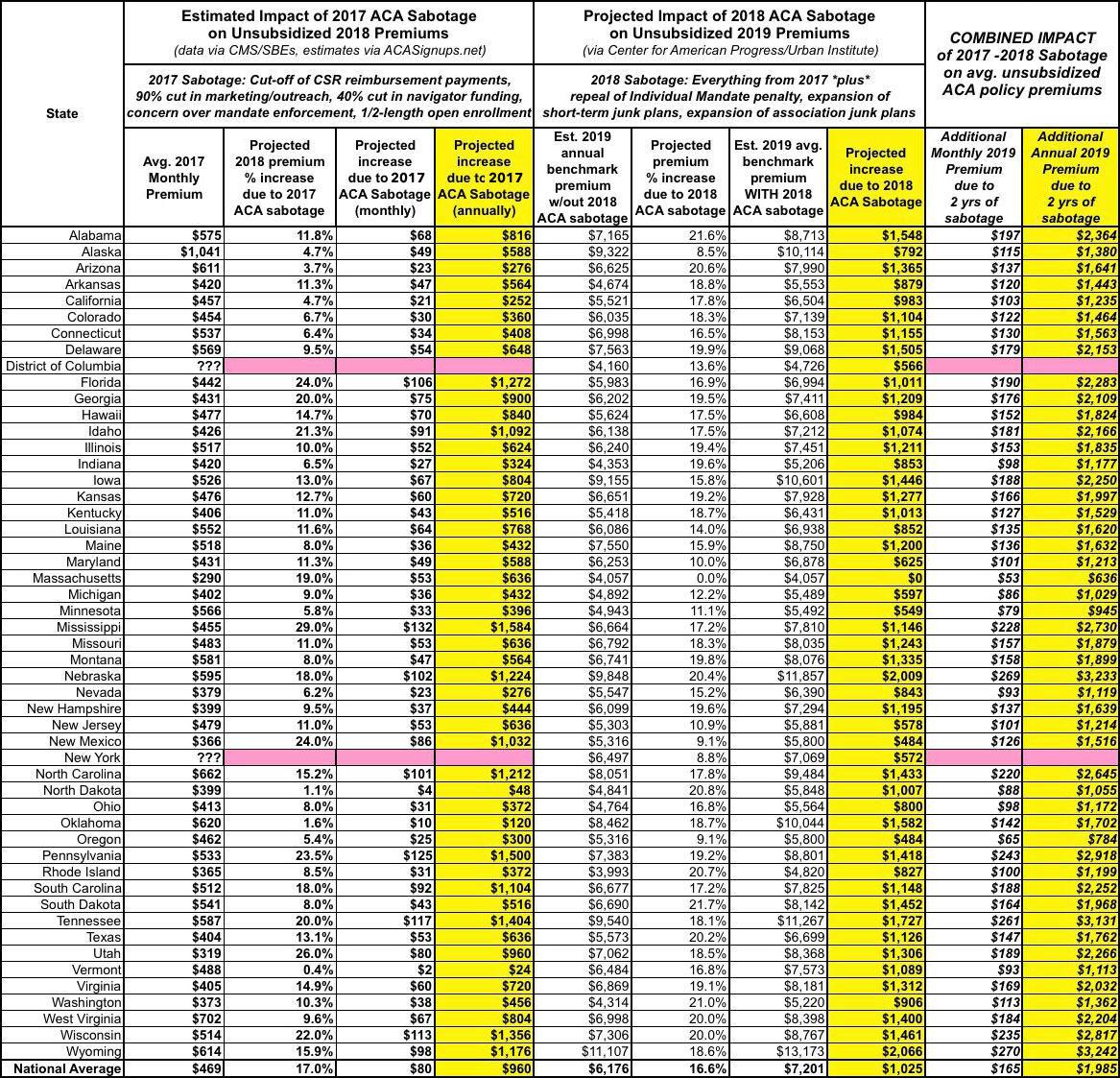