Chief HHS Actuary confirms: Trump's #ShortAssPlans will jack up premiums, cost taxpayers up to $1.2B more next year 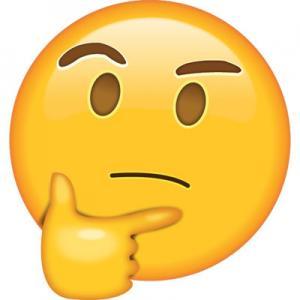 A couple of weeks ago, Donald Trump's former HHS Secretary Tom Price openly (and rather casually) admitted at the World Health Care Conference that the GOP's repeal of the ACA's individual mandate will "harm the pool in the exchange markets & drive up costs" when it actually goes into effect in 2019.

Well, today, the other 2018 sabotage shoe dropped as the chief actuary for the HHS Department stated the obvious regarding Trump's #ShortAssPlans scheme:

WASHINGTON — President Trump’s plan to expand access to skimpy short-term health insurance policies, as an alternative to the Affordable Care Act, would affect more people and cost the government more money than the administration estimated, an independent federal study says.

The study, by Medicare’s chief actuary, suggests that the new policies would appeal mainly to healthy people, including many who have had comprehensive coverage under the Affordable Care Act.

The administration estimated in February that a few hundred thousand people might sign up for the “short-term, limited-duration policies,” which would not have to provide the standard health benefits like preventive services, maternity care or prescription drug coverage.

But the chief actuary, Paul Spitalnic, estimates that 1.4 million people could sign up for the short-term policies in the first year, with enrollment reaching 1.9 million by 2022.

...The Trump administration estimated the extra cost to the federal government at $96 million to $168 million a year.

But the chief actuary, whose independence is protected by federal law, estimates that the rule proposed by the administration could increase federal spending by $1.2 billion next year and by a total of $38.7 billion over 10 years.

What's that you say? The Trump Administration's math was off by a factor of about 9x? How could that possibly be?

Yeah, there's a pretty simple and incredibly stupid reason for that, which I wrote about nearly a month ago:

Yes, that's right: The Trump Administration just pretended the ~4.5 million off-exchange ACA policy enrollees literally don't exist. They're phantoms. Which, I certainly hope, will come as news to them this November when it's time to cast their ballots.

UPDATE: Thanks to Colin Baillio for making another simple point:

What if instead of re-introducing discriminatory junk insurance and wasting $40 billion, we maintained comsumer protections and invested that $40 billion in premium tax credits for people who have been hit with premium increases? https://t.co/xI2YowvMry

Excellent point. The HHS actuary projects the jacked-up subsidies for those under 400% of the Federal Poverty Line (FPL) due to the jacked-up premiums would cost an additional $1.2 billion in 2019, but $38.7 billion over 10 years, averaging around $3.9 billion per year.

The average unsubsidized 2018 premium is around $600/month, which is currently being paid by around 6.5 million people (assuming they all stick around for the full year, which obviously isn't likely). $3.9 billion divided by 6.5 million is around $600 per person per year. In other words, that same money could be used to knock $50/month off of all 6.5 million unsubsidized enrollees' premiums each month.

Obviously that would only solve a portion of the problem (worst-case scenario: A Silver plan for a 64-year old living in Charlottesville, Virginia--which currently has the most expensive premiums in the country--would cost 4x as much, a whopping $2,400/month), but I'd imagine it would solve the problem for at least a couple million of them...without subjecting the rest of them to junk plans. If you limited it to just the 1.4 million who the HHS actuary expects to otherwise move to short-term plans, it'd knock $232/month off their premiums.

The point is, as Baillio notes, if you're going to be spending the money either way, there are ways of doing so without moving back to junk plans.