The Collins-Nelson reinsurance bill would need another zero at the end to cancel out mandate repeal. 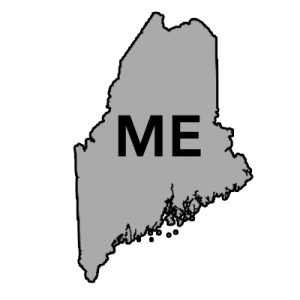 To the best of my knowledge, that's...pretty much all it does: $2.25 billion per year for two years, and then...that's it. If there's more to the bill than that, I'll revise this post, but in the meantime, that seems to be the whole bill.

I have no idea how the money would be doled out by state (Total population? Average 2017 premiums? Individual market enrollment?), but let's assume it's proportional based on total state population for now.

Around 80,000 Mainers enrolled in the ACA exchange this year, of whom around 55,000 are likely still enrolled. Maine's total individual market, including the off-exchange population, is likely around 80,000 at it's peak. $9.2 million divided among all 80,000 would be around $115 per person per year.

Of course, most of those folks are already subsidized anyway, so reinsurance wouldn't really impact their net premiums or out of pocket costs by much anyway; it's really the unsubsidized population who would see most of the benefit. And of course I don't know exactly how the reinsurance program would be set up or work in practice; let's be generous and say the benefit to unsubsidized enrollees would be closer to $200 per year. Yee-hah!

Now, how much would premiums increase in Maine if the individual mandate was repealed? Well, it'll vary by state, of course, and there's no way of knowing for sure whether the CBO has it right, but assuming they do (an additional 10% on average starting in 2019), the Center for American Progress pegs it at $2,350 per year for a family of 4 (2 adults age 40 & 38 plus 2 kids). That's around $590 per person.

By this measure, the Collins-Nelson bill would have to be tripled in order to cancel out the premium hikes...assuming, of course, that the insurance carriers don't just throw up their hands and bail from the individual market altogether.

How about nationally? Well, the total individual market is roughly 17.8 million people, of which around 2 million or so are enrolled in pre-ACA grandfathered/transitional policies. That leaves around 15.5 million on ACA-compliant plans, which is what we're referring to here. Divide $2.25 billion by 15.5 million and you get roughly...$145 per person. Even if it's arranged to only apply to the ~6 million unsubsidized enrollees, that'd still only average around $375 per person...and since these folks aren't subsidized in the first place, that'd still fall far short of the additional $720 or so in premiums which repealing the mandate would otherwise be expected to tack on (the average 2017 premium is around $470/month, and avg. 2018 rate hikes are around 29%, bringing the average up to around $606...add another 10% to that (per the CBO) and that's an extra $60/month or $720 for the year).

Let's look at it from another angle: According to Jill Burcum of the Minneapolis Star-Tribune...

More on why $5 billion over two years is drop in bucket: MN alone is spending $271 million a year on its reinsurance program. 2.5 billion annually spread out over 50 states doesn't go very far. https://t.co/F4vjp5ZhbC

Let's assume, for the moment, that Minnesota's brand-new reinsurance program is awesome in every way (it actually has a serious funding problem, but I'll leave that aside for now), and that it would solve all sorts of problems for other states.

Let's also assume, for the moment, that the risk pool for Minnesota's individual market is pretty typical of the country as a whole (according to Health.com, MN actually ranks 6th nationally in terms of overall health, for whatever that's worth).

Even if both of those are the case, Minnesota's total population is around 5.52 million; their ACA exchange enrollment was around 110K for 2017; and their total individual market is roughly 190,000 according to Mark Farrah Associates.

These numbers represent roughly 1.7%, 0.9% and 1.1% of the nation as a whole respectively. Again, let's be generous and go with the highest number: 1.7% of the total U.S. population.