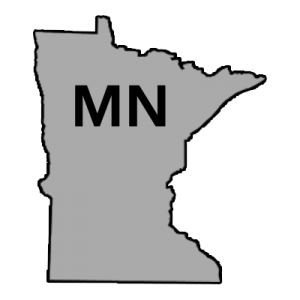 In a year when every state's 2018 Open Enrollment situation is messy to say the least, Minnesota's is far more so:

H.F.5 was contingent upon approval of the 1332 waiver, because it relies partially on federal funding, in addition to state funding. If the 1332 waiver is approved — and it was, on September 22 — the federal government will give Minnesota the money that they save on premium tax credits, and that money will be combined with state funds to implement the reinsurance program (lower premiums — as a result of the reinsurance program — will result in the federal government having to pay a smaller total amount of premium tax credits, since the tax credits are smaller when premiums are smaller).

The good news is that the waiver was indeed eventually approved by CMS, although at an extremely late date. The bad news is that instead of providing additional funding, CMS pulled a fast one on the state:

On September 19, Governor Dayton sent a scathing letter to HHS Secretary Tom Price, calling out CMS for their failure to approve Minnesota’s 1332 waiver in a timely fashion, and for what appear to be last-minute cuts to MinnesotaCare, the state’s Basic Health Program...

Dayton notes in his letter that Minnesota went to great lengths to follow instructions from CMS at every turn, throughout the process of drafting H.F.5 and the 1332 waiver proposal...

...Even more troubling, however, was the fact that Minnesota officials only recently learned that although the waiver approval was likely to be finalized soon, the process was now expected to result in a substantial cut in federal funding for MinnesotaCare. Dayton notes that he’s been told that $208 million in federal funding will be provided for the reinsurance program over two years, but that Minnesota will lose $369 million in federal MinnesotaCare funding over that same two years.

In other words, Minnesota will be worse off under the 1332 waiver than they would be without it. Dayton urged HHS to rapidly approve the 1332 waiver, and to reverse the provision that would otherwise cause a substantial funding cut for MinnesotaCare. However, the approval letter that CMS sent three days later stated that federal savings based on reduced premium tax credits (due to lower overall premiums as a result of the reinsurance program) would be passed on to Minnesota to fund the reinsurance program, but that savings associated with MinnesotaCare would not.

Yes, CMS is effectively stealing $369 million from MinnesotaCare enrollees, giving $208 million of it to unsubsidized MNsure enrollees and...pocketing the $161 million difference? I can't believe that's what it amounts to, and yet that appears to be where we are:

While approving Minnesota’s reinsurance waiver, federal health officials indicated they would cut funding for MinnesotaCare — the state’s subsidized program for the working poor — by an estimated $369 million, despite repeated promises that funding would go untouched.

Department of Health and Human Services Commissioner Emily Piper said and Minnesota’s congressional representatives are still pressing officials at the federal level to relent and restore that critical funding.

In any event, as I understand it, given the time crunch, MN officials had no choice but to grudgingly accept the "approval" and are working to figure out how to refill that $369 million hole in the MinnesotaCare program.

As a result of all this insanity, at least the exchange plan rates are indeed dropping overall...although it doesn't look to me like it'll be anywhere close to the "20% drop" figure I've seen batted about. As far as I can tell, instead of a 12.5% average increase, the average premium rates will drop by around 5.3-10.2% overall depending on whether CSR payments are guaranteed or not.

UPDATE: I've confirmed with the state Dept. of Commerce that all approved rates assume NO CSR payments next year. I've also confirmed that the CSR load is being applied to on-exchange Silver plans only, meaning Minnesota is apparently going the full "Silver Switcharoo" route. I've updated the table below accordingly.

It's also worth noting that 4 of the 5 carriers are once again instituting enrollment caps for 2018, although this year it's Medica which seems to have drawn the "short straw" by agreeing to accept any overflow. I should note, however, that the total "cap" on the other 4 carriers combined adds up to around 166,000 people, which just happens to be exactly what Minnesota's total individual market size is anyway, so unless there's a massive surge in enrollees this shouldn't cause too much of a problem.

One other important thing to note: While the average premiums will be lower for new enrollees (and around the same for current subsidized enrollees), it'll actually still be higher for anyone not receiving APTC assistance this year...because that 25% rebate was a one-time deal. They're paying 25% less this year, but once the rebate runs out will still see their rates jump back up somewhat.

The CSR impact is pretty small in MN anyway because there simply aren't that many people eligible for CSR assistance...because the vast majority of them are enrolled in the BHP (MinnesotaCare) program instead. In fact, only around 11% of MNsure enrollees receive CSR vs. the 60% or so national average. As a result, it only moves the needle around 5 points when spread across all metal levels, according to the Kaiser Family Foundation.