Dear Congress: Here's 87 words which would save millions of people $1,000 apiece next year. 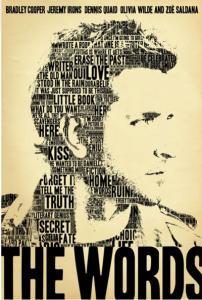 (Yes, I'm using an obscure Bradley Cooper movie title for this entry...it's the closest match I could think of )

We find that premiums for silver Marketplace plans would increase $1,040 per person on average. This premium increase would, on average, make silver plan premiums higher than those of gold plans(plans with 80 percent actuarial value). The higher premiums would in turn lead to higher federal payments for Marketplace tax credits because such payments are tied to the second-lowest-cost silver plan premium. All tax credit–eligible Marketplace enrollees with incomes up to 400 percent of FPL would receive larger tax credits, not just those eligible for CSRs.

Setting aside the rest of their analysis (although that's fascinating as well...more here), kudos to the Urban Institute for getting their projection over 97% accurate!

In any event, the point is that losing CSR reimbursements next year (reminder: They could actually potentially be cut off by Trump as early as tomorrow) would cause average UNSUBSIDIZED 2018 individual market policy premiums to increase by over $1,000/year per enrollee.

Of course, for those receiving premium tax credits, their rates should, on the whole, stay about the same, since the APTC formula should absorb most/all of that extra $1,000. Ironically, this would in turn cost the federal government several billion dollars more in APTC subsidies, mostly cancelling out any "savings" to be had from not making the (legally-owed, I might add) reimbursement payments to the carriers in the first place.

However, anyone not receiving APTC assistance, which will be millions of people, would likely have to pay the full, extra $1,068/average apiece for their policy, specifically due to Donald Trump, Mitch McConnell and Paul Ryan being utter jackasses.

Here's where it gets even weirder: As Larry Levitt and Wesley Sanders reminded me (and as both Josh Schultz and the Urban Institute analysis discussed last year), it gets more complicated than that, because CSR assistance only applies to Silver plans:

Finally, it's also conceivable that the CSR load would be applied only to Silver plans available on the ACA exchanges, which would make the Silver/Gold flip even more pronounced, and would also (I think) require carriers to split their Silver plan offerings into "off-exchange only" and "on-exchange only" versions, even if they're the exact same policy (i.e., give each one a different code number). Again, this would likely confuse the hell out of people even further.

In fact, it appears that Covered California is doing exactly that (h/t to Larry Levitt for the link):

With the potential that the federal government will no longer directly fund the CSR program, issuers need clarification on how to increase premium rates to offset the cost in the event they do not receive direct CSR reimbursement payments.2 Because the ACA never envisioned this scenario, Covered California has considered two potential methods to build the cost of the CSR program into premium rates: (a) premiums could be increased only on Silver-level qualified health plans, including the mirrored Silver plan, since CSR plans are “variants” of the standard Silver plan; or (b) premiums could be increased on all metal levels, so that Bronze, Silver, Gold and Platinum products all had the same increase.

In addition, as a condition of participation in Covered California, Covered California staff intends to seek Board approval to amend its contracts with issuers to require them to offer an additional, separately rated, non-mirrored Silver plan outside of Covered California that is virtually identical to the Covered California Patient-Centered Benefit Plan Designs. This contractual requirement is based on Covered California’s direct interest in fostering a good risk mix in the individual market. Two of the factors that have led to the positive experience in California has been: (1) the ability of consumers – both on and off-exchange – to make true “apples to apples” comparisons of issuers’ offerings; and (2) Covered California’s standard patient-centered designs, which allow all consumers selecting the Silver plan (or above) to receive any outpatient services without having to meet a deductible and clinicians to clearly communicate common cost-sharing arrangements to their patients. Since this nonmirrored Silver plan will not be a qualified health plan and will not have any CSR variants associated with it, issuers may not build any costs attributable to the CSR program into the premium for that plan. Covered California will engage our contracted issuers and our Plan Management Advisory Committee to get input on what de minimus changes may be appropriate for this non-mirrored Silver plan, which would be used in common across all issuers. As provided by law, issuers would continue to have the discretion to develop and promote alternative off-exchange products that comply with federal and state standards.

In other words, you'd end up with two identical Silver plans with slightly different codes:

Silver Plan A would technically be available to anyone who wanted to enroll in it either on or off-exchange...but no one would bother. The carrier probably wouldn't even advertise it off-exchange (in brochures/etc); it'd be a phantom plan for off-exchange enrollees, similar to the plans "offered" by carriers which have bailed on the exchanges but want the option to jump back in without having to wait 5 years if they change their mind; they continue to offer a single Bronze plan off-exchange in a single county in the state, and no one ever knows about it since it's only there as a technicality.

So, how to avoid this mess? Easy. Congress needs to pass a simple, 87-word bill (either standalone or as an amendment to a larger budget bill...presumably the upcoming CHIP reauthorization bill, I would imagine) which states the following:

There is appropriated to the Secretary of Health and Human Services, out of any money in the Treasury not otherwise appropriated, such sums as may be necessary for payments for cost-sharing reductions authorized by the Patient Protection and Affordable Care Act (including adjustments to any prior obligations for such payments) for the period beginning on the date of enactment of this Act. Payments and other actions for adjustments to any obligations incurred for plan years 2018 and later will be made.

Where did I get that language? Well, you can thank Congressional Republicans for that, actually: CSR funding (for 2 years only) is already included in both the House and Senate versions of Trumpcare:

There is appropriated to the Secretary of Health and Human Services, out of any money in the Treasury not otherwise appropriated, such sums as may be necessary for payments for cost-sharing reductions authorized by the Patient Protection and Affordable Care Act (including adjustments to any prior obligations for such payments) for the period beginning on the date of enactment of this Act and ending on December 31, 2019. Notwithstanding any 10 other provision of this Act, payments and other actions for adjustments to any obligations incurred for plan years 2018 and 2019 may be made through December 31, 2020.

There is appropriated to the Secretary of Health and Human Services, out of any money in the Treasury not otherwise appropriated, such sums as may be necessary for payments for cost-sharing reductions authorized by the Patient Protection and Affordable Care Act (including adjustments to any prior obligations for such payments) for the period beginning on the date of enactment of this Act and ending on December 31, 2019. Notwithstanding any other provision of this Act, payments and other actions for adjustments to any obligations incurred for plan years 2018 and 2019 may be made through December 31, 2020.

All I did was pare the language of each down to remove the 2-year cut-off.

Otherwise, those 87 words should be all it takes to resolve this mess (along with the House GOP's lawsuit). As long as it's not attached to some other poison pill bill, it should pass by unanimous consent.