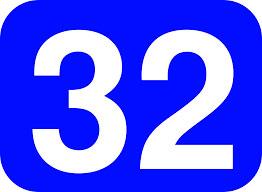 Fortunately, the number crunchers over at the Center for American Progress have once again done the math to figure out just how many people they think would lose coverage by 2027 under Graham-Cassidy. Big shocker: It's a lot of people, around 10% of the entire country:

Here's what they figure the state-by-state breakout would be: 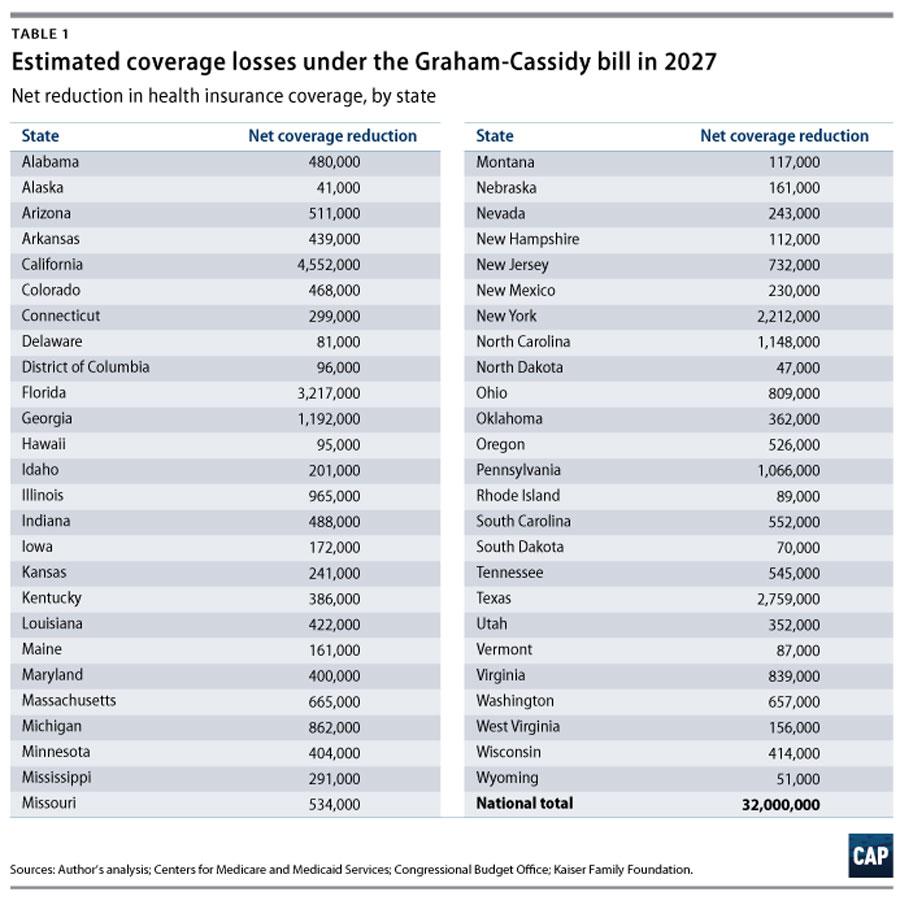 Read their full report and methodology here. The numbers line up pretty closely to my own "clean repeal" estimates from way back in March.

UPDATE: Right on the heels of the CAP analysis comes a similar projection from the Commonwealth Fund, which doesn't do a state-level breakout but once again comes up with a net increase in the number of uninsured Americans of around 32 million.

Last week, Sens. Lindsey Graham (R–S.C.) and Bill Cassidy (R–La.) unveiled congressional Republicans’ latest bill to repeal and replace the Affordable Care Act (ACA). The Congressional Budget Office (CBO) has indicated that it will not release a score of the bill that includes its effects on insurance coverage for several weeks, but Senate leaders have indicated they will hold a vote without a score. The bill, however, is similar to prior ACA repeal-and-replace bills for which we do have CBO scores. Based on those estimates, it is likely that the bill, if enacted, would lead to a loss of health insurance for at least 32 million people after 2026.

They also include their own infographic: 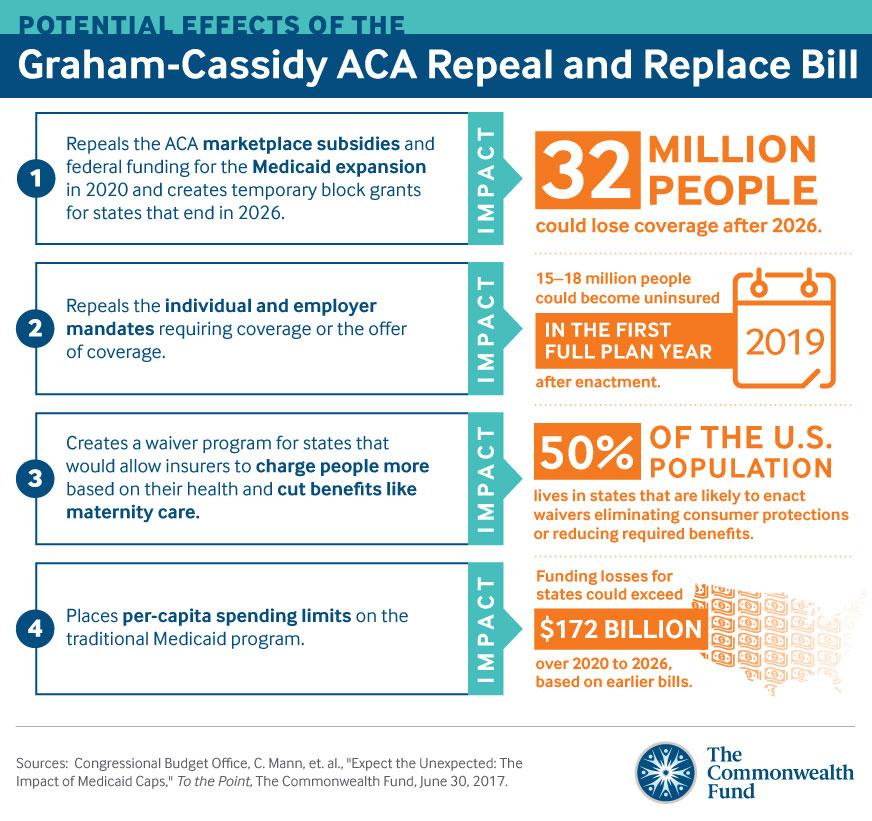 First up, the Brookings Institute:

Based on this analysis, we estimate that the Graham-Cassidy legislation would reduce the number of people with insurance coverage by around 21 million each year during the 2020 through 2026 period. This estimate likely understates the reductions in insurance coverage that would actually occur under the Graham-Cassidy legislation, particularly toward the beginning and end of the seven-year period, because it does not account for the challenges states will face in setting up new programs on the bill’s proposed timeline, the possibility that uncertainty about the program’s future will cause market turmoil toward the end of the seven-year period, or the bill’s Medicaid per capita cap and other non-expansion-related Medicaid provisions. These estimates are, of course, subject to considerable uncertainty, most importantly because predicting how states would respond to the dramatic changes in the policy environment under the Graham-Cassidy proposal is very challenging. What is clear, however, is that the legislation would result in very large reductions in insurance coverage. 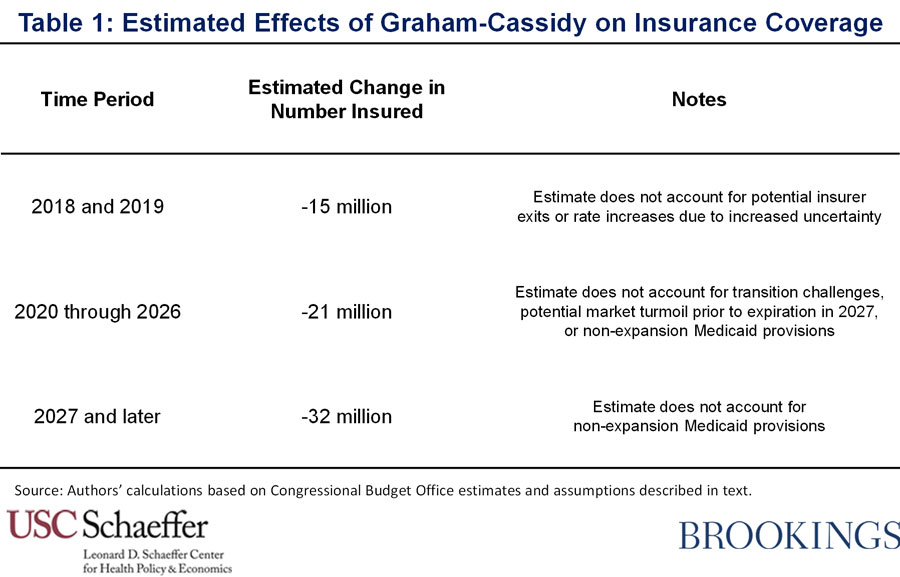 And finally, Physicians for a National Health Program:

Physicians and public health researchers Drs. Steffie Woolhandler and David Himmelstein estimate that implementation of the proposed Graham-Cassidy legislation would push an additional 32 million Americans off their health insurance over the next decade, resulting in 41,600 additional deaths in 2027.

Since the Congressional Budget Office could not conduct a timely analysis of the bill before its expected vote, the researchers—who have studied the effects of insurance coverage on health outcomes—analyzed the bill’s impact on insurance coverage and mortality.

"The Graham-Cassidy bill—what we’re calling ‘The Undertaker Full Employment Act’—would cut health coverage by 14 million Americans in 2020, rising to at least 32 million in 2027,” said Dr. Woolhandler, an internist in the South Bronx, Distinguished Professor of Public Health at the City University of New York at Hunter College (CUNY) and lecturer in medicine at Harvard. “That means 18,200 extra deaths in the first year, climbing to 41,600 annually within a decade.”