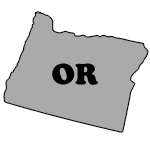 And the hits keep on coming:

That's 2 in one day, the 8th to fold to date and the 4th one which can be specifically connected the Risk Corridor Disaster:

Lake Oswego, Ore. (Oct. 16, 2015) –Health Republic Insurance, a non-profit health insurance carrier, announced today that it will not offer small group or individual plans on or off exchange in 2016. All current Health Republic individual and small group policies remain in full effect through the end of 2015. Members can continue to see plan providers and claims will be paid under plan terms.

The federal government recently announced it would pay insurance companies only 12.6% of their risk corridor receivable for the 2014 plan year and has created industry-wide concern about when, or if the 2015 risk corridor would be paid.

“Since our inception in 2013, Health Republic designed and priced all our plans in reliance upon the risk sharing guarantees of the Affordable Care Act (ACA). The government’s refusal to honor its risk corridor obligations represents a negative financial impact of over $20 million,” said Health Republic president and CEO Dawn Bonder. “This has placed us in a difficult financial position that could jeopardize our members and partners. As a result, we believe the most ethical step is for Health Republic to refrain from entering the market in 2016 and begin an orderly wind down of business.”

Health Republic will work with the Oregon Insurance Division (OID) to ensure a smooth transition for members, employers, providers, partners and staff. The company will pay all claims through 2015 and plans to fulfill all financial obligations.

Health Republic has offered individual and small group insurance statewide, on and off exchange, for 2014 and 2015. Currently the plan serves nearly 15,000 members including employees from over 800 small businesses in Oregon.

For more information on this transition, visit www.healthrepublicinsurance.org/

Unlike traditional health insurance companies, Health Republic is a 501(c)(29) private non-profit governed by its members, and by law must reinvest all profits back to its programs, including providing better care and lower costs for members. Health Republic provides access to health care in all parts of Oregon through the statewide Providence Network. This partnership offers members an extensive group of providers, practitioners, and facilities, including 60 hospitals and thousands of providers, labs, imaging locations and physician clinics throughout Oregon and SW Washington. To learn more, visitwww.healthrepublicinsurance.org

In case you're wondering, it's no coincidence that these are all being announced the same week. With the 2016 Open Enrollment period launching in just 15 days, both the carriers and their state insurance regulators have to make the decision whether to allow them to participate in #OE3 or not, now. Waiting until after open enrollment starts would cause even more chaos and confusion.

To my knowledge, the Rate Corridor Disaster has now claimed at least 4 CO-OPs as well as crippling at least one private insurance company in Wyoming.

I have no idea what the deadline is for making this sort of decision. If it's today, there could conceivably be several more announcements made over the next few hours; if it's next week, there could be more scattered across it.