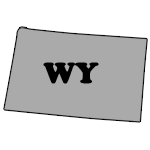 Just hours ago I posted a lengthy screed about the first clear victim of the Great Risk Corridor Debacle of 2015. In that case, both the culprit (the GOP's insistence on cutting off government funding guarantees for the risk corridor program) as well as the victim (the Kentucky Health CO-OP) both originated with the Affordable Care Act itself.

This time around, however, the victim (well, in addition to its current enrollees) is a private company, albeit a not-for-profit one: WINhealth Partners:

We’re a not-for-profit managed care company founded by professionals, and we’re changing the way that healthcare works for you – because we believe your insurance should help you to be at your best in life.

WINhealth was founded in 1996 with the intention of improving healthcare options for Wyoming residents and businesses. WINhealth’s leaders felt Wyoming residents should have the opportunity to stay in-state to receive the quality, affordable care that they deserve. Nearly 20 years later, we’ve stayed true to that commitment by expanding our network to include thousands of providers and specialists in Wyoming, Colorado, Nebraska, Montana, Utah, Idaho and South Dakota – all while continuing to maintain affordable rates and offer special wellness benefits for our members.

CHEYENNE, WY - On October 8, 2015, WINhealth Partners notified the Center for Medicare and Medicaid Services (CMS) that WINhealth is voluntarily withdrawing from the federal health insurance exchange .

WINhealth insurance plans will remain in effect for the remainder of 2015 but will not be available on the Marketplace for 2016.

...Consumers will have an opportunity  to choose a new insurance plan during the Open Enrollment period - November 1, 2015 through January 31, 2016 for plans that will operate in the 2016 year. Consumers are encouraged to enroll in a new plan before December 15, 2015 to have coverage in place by January 1, 2016 and to avoid a break in insurance coverage.

The article notes that WINhealth is dropping off the entire individual market, not just the ACA exchange...and is very clear about the culprit:

According to the Centers for Medicare and Medicaid Services  CMS), “The goal of the risk corridor program is to support the Marketplaces by providing insurers with additional protection against uncertainty in claims costs during the first three years of the Marketplace. The temporary risk corridor program provides payments to insurance companies depending on how closely the premiums they charge cover their consumers’ medical costs. Issuers whose premiums exceed claims and other costs by more than a certain amount pay into the program, and insurers whose claims exceed premiums by a certain amount receive payments for their shortfall.”

This recent development  from CMS came as a surprise to WINhealth. The financial impact of the federal government’s decision on WINhealth amounts to approximately $4.4M. The ambiguity of federal government repayments, both in timeline and amount, have created an environment of uncertainty and increased risk in the individual environment. For this reason, WINhealth has chosen not to participate in the individual market for 2016.

WINhealth’s President & Chief Executive Officer , Stephen Goldstone, stated “The federal government’s decision to significantly reduce the reimbursement we would receive under the risk corridor program came as a complete surprise to WINhealth. This combined with the continuous delays in repayment has caught WINhealth flat-footed with no choice but to turn down participating in the exchange for 2016.”

The only part of all this which I find a bit curious is the "complete surprise" bit. As professional actuary Rebecca Stob noted way back in May, there was a Standard & Poors report which caused some amount of consternation at the time regarding the strong possibility of exactly this situation developing. While it was preliminary and there were still many unknowns, it doesn't sound like it should have come as a "complete surprise" to WINhealth. But, whatever: The damage is done; they're pulling out of the Wyoming individual market, though they're apparently still participating in the group market.

As for how this impacts the 2016 exchange situation in Wyoming, well, I'll let you figure it out...