My Half-Assed Attempt to Explain the Risk Corridor Brouhaha 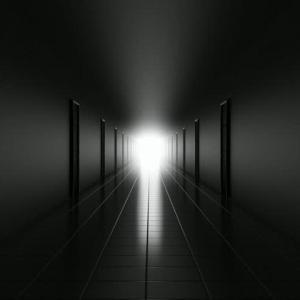 I've said before that there are a few areas of the ACA which I simply don't consider myself knowledgable enough about to try and explain to others in depth. One of these is the so-called "Cadillac Tax" on high-end employer sponsored insurance policies. The other (well 3 others, really) are the "3R" programs which were set up to try and smooth out the transition period for insurance carriers for the first few years. The "3 R's" are "Risk Adjustment", "Reinsurrance" and "Risk Corridors".

Since I don't know much about them, here's a quick explainer from the Commonwealth Fund. A summary version is below:

Risk adjustment is a process that deters insurance plans from trying to attract healthy enrollees (“cherry picking”), and protects companies that may—by chance or because of their particular benefits—attract sicker than average customers (“adverse risk selection”). Though the Affordable Care Act bans carriers from turning people down or charging them more based on their health, the incentive to attract healthier enrollees remains because healthier customers increase profits by reducing companies’ payouts.

...Risk adjustment interrupts these cycles by doing exactly what its name implies. It adjusts for differences in the health of plans’ enrollees by redistributing funds from companies with healthier-than-average customers to plans with sicker-than-average customers. Such transfers could occur within or across health plan tiers in the exchanges (bronze, silver, gold, platinum). All the redistributed monies come from insurance companies in the marketplaces. No taxpayer bailout here.

The Risk Adjustment program is set to be permanent.

Reinsurance is a technique for making sure that health plans are protected against really bad luck in the form of relatively rare customers who experience truly catastrophic illnesses that result in huge expenditures. In the ACA’s individual markets, where companies have to take all comers, regardless of health status, such random occurrences can make the difference between success and failure, and between being able to keep premiums down, or raising them dramatically.

Reinsurance manages this risk by literally insuring insurance companies against it. Using fees collected from all the nation’s health insurance companies (essentially, insurance premiums paid by insurers), the federal government proposes to pay nongrandfathered insurance plans 80 percent of the costs between $45,000 and $250,000 experienced by any of its enrollees in 2014.

The Reinsurance program was temporary, for the first 3 years of the ACA exchanges only (2014-2016).

Here's the third one, which has been causing so much fuss this week:

Risk corridors are perhaps the most complicated of the Three R’s, but far from costing the taxpayers any money, the Congressional Budget Office (CBO) projects that this program could actually make the Treasury a tidy $8 billion profit. Because the ACA marketplaces are so new and the health risks of new enrollees uncertain, some insurance companies could make a windfall or lose their shirts in the early years of the rollout. This could encourage companies to set premiums higher than necessary just to make sure they aren’t among the losers.

To prevent this, the federal government has created a program under which it will collect money from plans sold in the new marketplaces with unexpectedly high gains and redistribute them to plans with unexpectedly high losses. If plans make or lose up to 3 percent more than expected, they keep the gains or eat the losses. However, if they make or lose 3 percent to 8 percent more than predicted, they give up 50 percent of the winnings or are compensated for 50 percent of their shortfalls above 3 percent. If losses or gains exceed 8 percent, the insurers give up or get back 80 percent of gains or losses exceeding 8 percent of the predicted amount. If the government collects more from winners than it has to pay out to losers, it keeps the balance. CBO thinks that’s likely—thus, the predicted profit for the federal government.

Clear as mud? Yeah, I know, same here, but if I'm understanding it correctly, the basic concept of all 3 programs seems to be roughly the same: Mitigate the earnings damage to insurance companies which get hosed the first few years by shifting money to them from the companies which did well the first few years. The idea is that for all of their past sins (of which there are many for some insurers), it's still a bit unreasonable to completely disrupt the entire health insurance market so dramatically while still expecting the insurance companies to live or die by strict "invisible hand of the free market" rules...at least for a few years until they've ridden out the bumpy transition period, anyway. Like the Reinsurance program, the Risk Corridor program is a temporary one, scheduled for the first 3 years of the exchange period only.

Of course, some people (cough...Republicans) don't like this, taking a pure laissez-faire attitude...but those are the same people who oppose any form of regulation in the first place.

On the opposite side, there are many of the single-payer mind who also don't like it simply because they don't think health insurance should be a profit-based field in the first place, and won't shed too many tears over Big Mean Insurance Companies going belly up regardless of the cause.

The only way to do the latter would be to have a complete Single Payer (or Medicare for All, or something along those lines) program ready to go all at once. That was never gonna happen, so the ACA provided the "3 R" programs to help stabilize the market instead.

Back in May, Standard & Poors issued a report on the state of the "3 R's" which caused some hand-wringing. I asked professional actuary Rebecca Stob, ASA MAAA to write her take on it; the gist of her piece was that yeah, it was somewhat concerning, but there were still way too many unknowns for anyone to freak out about it.

That brings me to this week.

On October 1st, the CMS issued their official report for the 2014 Risk Corridor payouts, and many insurance wonks/reporters/industry people are freaking out about it because of this part:

Needless to say, those who are owed this money are, shall we say, a little upset. Some, including the Colorado CO-OP, have even taken their case (and anger) to the public:

FEDS FAILING AMERICANS ON HEALTHCARE: WHAT YOU NEED TO KNOW

Health Plans Across the Country Owed Billions by Feds
Feds Say They’ll Only Pay a Fraction of What’s Owed, Jeopardizing the Stability of Smaller, Regional Plans

On Oct. 1, the Feds informed health insurance plans across the country they would not be receiving billions of dollars owed to them this year.

Colorado HealthOP and our members are owed $10 million for helping more people get health insurance coverage. We took on big risks by enrolling and caring for many previously uninsured people with significant health care needs. Now we’re the ones left holding the bag.

We’re fighting for our members and are here to help explain what’s going on, make sense of the situation, and let you know how can help hold the Feds accountable!

So, did the Obama administration screw up on this? How could they not anticipate the possibility that there might be more "losers" than "winners" who would end up being owed money?

The answer is they did, and in fact the original version of the "risk corridor" program DID have a provision to ensure that everyone got paid what they were owed.

Since, once again, I'm no expert on this issue, let's hear it from someone who absolutely is an expert: Milliman, one of the largest and most respected actuarial firms in the world:

Insurers can now expect to receive only 12.6% of 2014 risk corridor receivables in 2015, with the remainder to be potentially funded in future years. Last week’s announcement validates prior concerns regarding a 2014 risk corridor funding shortfall because of Cromnibus and higher-than-expected 2014 claim costs. This shortfall occurred despite two earlier injections of additional transitional reinsurance program recoveries into the Patient Protection and Affordable Care Act of 2010 (ACA) individual market.

The shortfall will have a significant negative financial impact on insurers who find themselves in a risk corridor receivables position, not only for the 2014 benefit year but also possibly for 2015 and 2016. A 2014 funding shortfall puts the collectability of 2015 and 2016 payouts in increased jeopardy—2014 receivables that were not paid in 2015 will be first in line to receive payments in later years if funds are available.

This paper explores some of the root causes underlying the funding shortfall for the program, highlights how the funding shortfall would have been even greater without the increased individual market reinsurance recoveries announced in June, and considers funding implications for 2015 and 2016.

OK, so that's the gloom and doom confirmation of what I just said. What about the cause of the funding shortfall?

Several causes underlie the 2014 funding shortfall, and these factors will continue to have implications for 2015 and 2016 receivables.

The risk corridor program was designed as a two-sided program requiring insurers with better-than-expected financial results to pay the federal government a portion of their earnings, while at the same time requiring the federal government to reimburse a portion of losses to insurers with worse-than-expected financial results. The program was not originally required to be budget neutral. In other words, payments out of the program could be greater than payments in.

That started to change in 2014, well after premium rates were set, when federal regulators began to talk about budget neutrality. This concept became official with the Cromnibus bill passed by Congress in late 2014. That bill required that 2014 risk corridor receivables paid in 2015 be funded through payables into the program from other insurers. Even before the 2014 funding shortfall was officially announced on October 1, 2015, many industry analysts foresaw that program receivables would far outstrip payables.

The Milliman paper goes on to explain the fallout in much greater detail, but the highlighted part above is the key point:

The "Cromnibus" bill, as you may recall, was passed at the last minute in December 2014 as a way of keeping the federal government open for awhile. One of the ugly parts included, insisted upon by the House Republicans, was a provision specific to the ACA's risk corridor program which prevented the federal government from covering the difference if "winners" came up short. Instead, they were reduced to crossing their fingers and hoping that payments in would be higher, making it a moot point.

Unfortunately, that didn't happen. They only had $362 million come in, but owe $2.87 billion. The U.S. federal government is basically having to dole out "I.O.U." cards for the $2.5 billion difference, promising to pay the balance next year or the year after...if 2015 and/or 2016 end up resulting in net "profits" for the program.

As you can imagine, this isn't going over too well.