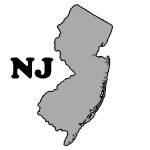 This may seem like common knowledge now, but in 2014, it felt like I was one of the only people who recognized that there were millions of people enrolling in ACA-compliant policies off of the ACA exchanges, directly via the insurance carriers themselves. My best estimate for 2014 was that in addition to the 7 million or so exchange-based individual market enrollees, there were another roughly 8 million people who enrolled off-exchange (although several million of those were in non-ACA compliant policies). My estimates were later confirmed by the Kaiser Family Foundation, which compiled their best estimates of the total individual market on a state-by-state basis and determined that it was roughly 15.5 million people nationally.

However, actually acquiring the hard data for off-exchange enrollment has always proven tricky. KFF has the resources to track this stuff down; I just have myself, and it's not so easy to do, as I discovered the hard way last year. That's why, when I am able to lock down this number for a given state, it's like manna from heaven for me.

In early August, I received hard on & off-exchange numbers out of Florida...as of March 31st:

As you can see, as of March, 67% of Florida's individual market was made of exchange-purchased QHPs; 20% off-exchange (but ACA-compliant); 9% "transitional" and the remaining 4% or so "grandfathered".

These ratios vary from state to state for a variety of reasons; the main one is that 18 states +DC have already discontinued all "transitional" policies (well, 17 did at the end of 2013 and 2 more, Colorado and Oregon, are cutting them off by the end of this year). In those states, "Transitional" isn't even part of the equation.

The second factor is that both "grandfathered" policies as well as "transitional" policies (in the other 32 states which allow them) have been dropping off steadily as the people enrolled in them have either switched to ACA-compliant versions, moved off of the individual market entirely (switching to ESI, Medicare, Medicaid, etc) or, in some cases, dying (hey, it happens to all of us eventually). You can see this in the above table, where the Transitional/Grandfathered portion has shrunk from a combined 35.5% of the total as of August 2014 to just 13.3% as of March 2015. Total off-exchange enrollments dropped from 45.5% of the total market to 33% from August through March.

So, what's happened since March? Well, I don't have any current data for three of the four categories, but as of June 30, the HHS Dept. reports that Florida's exchange-based enrollment was actually up slightly, to 1,314,890 people...over 36,000 more than 3 months earlier (mainly due to the #ACATaxTime special enrollment period, I'd imagine). Transitional & Grandfathered accounts are locked down; their enrollment numbers have only continued to decline as they're phased out. I don't know how much further these have dropped since March, but if the exchange enrollment has gone up by 2.8%, I'd say it's not unreasonable to assume that the transitional / grandfathered ones have gone down by at least that much...although many of these folks likely shifted to ACA-compliant off-exchange policies, so the ratio is likely still roughly 2:1 on/off.

Unfortunately, the reports aren't very clear about the "Transitional/Grandfathered" numbers; they have a 3rd table labelled "Contracts Issued Prior to January 1, 2014", which I think refers to both, but it seems like that was an awfully small number even as of last September (just 11% of the total), so I could be wrong. In any event, this number was slashed in half by the end of last year and disappears off the report entirely in 2015, suggesting that New Jersey no longer has anyone enrolled in transitional or grandfathered plans anymore, even though they're legally allowed to.

In any event, what this also shows is that as of June 30, 2015, the Garden State had a total individual market of 316,113 people, of which 35.5% are still off-exchange, down from 44.4% as of last September. While the ratio between the sub-categories is different from Florida, the pattern is very similar.

Of course, these 2 states aren't necessarily representative nationally. Washington State, for instance, stood at a 46% on-exchange / 54% off-exchange split as of November 2014, although the exchange-based number increased 21% as of June 2015. Without knowing whether the off-exchange number increased as well it's hard to say, but WA is likely around 50/50 these days. Other states could be 90/10 or 20/80 for all I know (the exceptions to this are Vermont and the District of Columbia, which both requre all individual policies to be sold through their exchanges by law. Neither one allowed transitional plans, so that just leaves a handful of grandfathered policies here and there).

The point is that off-exchange enrollments are still making up a substantial portion of the total individual market and will likely continue to do so even after next year, when all of the transitional policies have been phased out (and barely anyone will still be left on grandfathered plans).