OK, in addition to the hot-off-the-presses QHP selectoin numbers from the 37 states on HC.gov, I also have new estimated QHP selections from Massachusetts, Rhode Island and Washington State (oh, and Vermont as well) I say "estimated" because all 3 have slight caveats:

In the cases of RI & WA, I'm assuming that their hard paid number represents 88% of the total selections, which means their estimated QHP selections are 30.7K & 158K respectively.

OK, with that out of the way, here's where things stand (and remember, while most of the states are current through 2/06, a few of the State Exchange states haven't been updated since as far back as January 15th, so the picture could be quite different once those are updated): 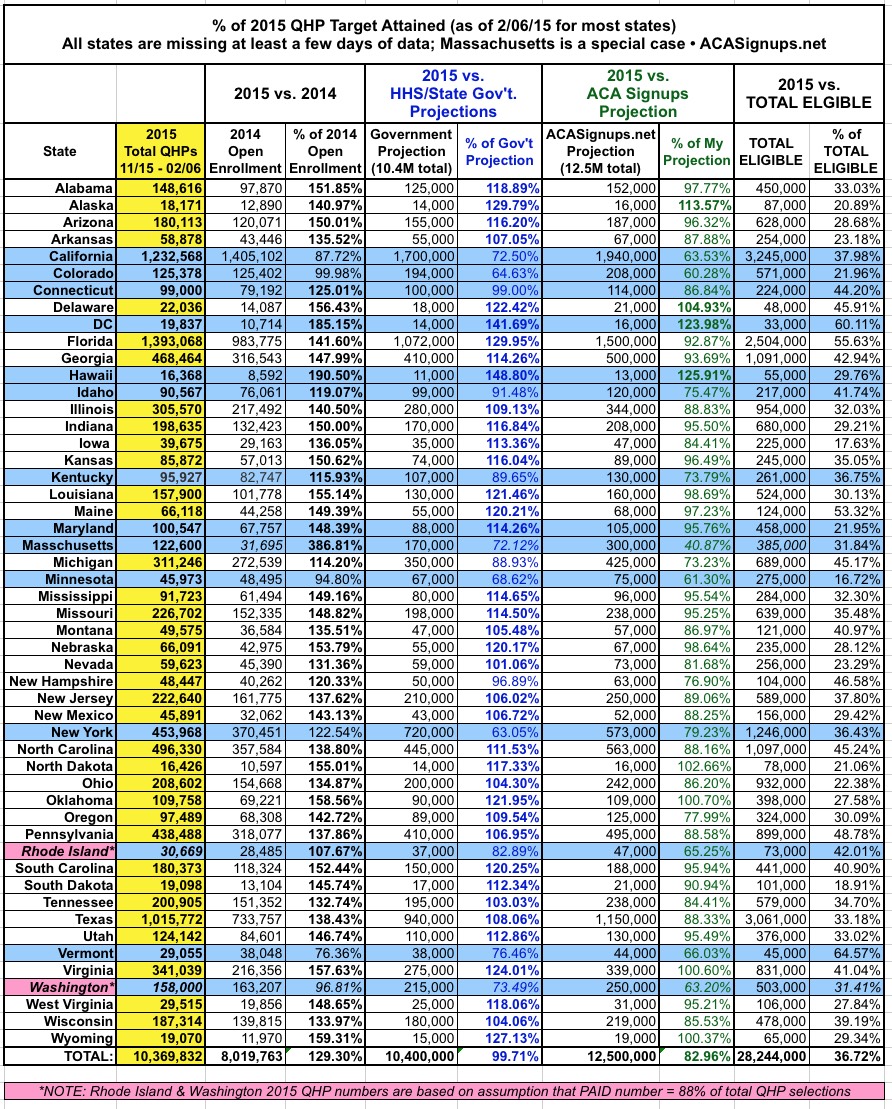 As of today, with the latest data available, 38 states have now achieved either the HHS Dept's official target (30% higher than last year) or the individual state's official goal for 2015. 3 more states (Connecticut, Idaho and New Hampshire) are all within striking distance (ie, above 90% of that goal)...and Idaho's total hasn't been updated since January 17th.

Regarding the remaining 10 states, again, bear in mind that California hasn't been updated since 2/02, Colorado since 1/31 and New York since 2/03.

As for my personal targets, 8 states have now reached my original targets (Alaska, Delaware, DC, Hawaii, North Dakota, Oklahoma, Virginia and Wyoming). Another 16 states are above 90% of my target.

Finally, it's worth noting that Florida continues to kick major ass here, closing in on 1.4 million QHPs, and that's with the final 9 day rush still to come, while Texas has finally broken the 1 million mark.

Also note that the national confirmed QHP selection total (notwithstanding the MA/RI/WA estimates noted above) now stands at 10.37 million people. 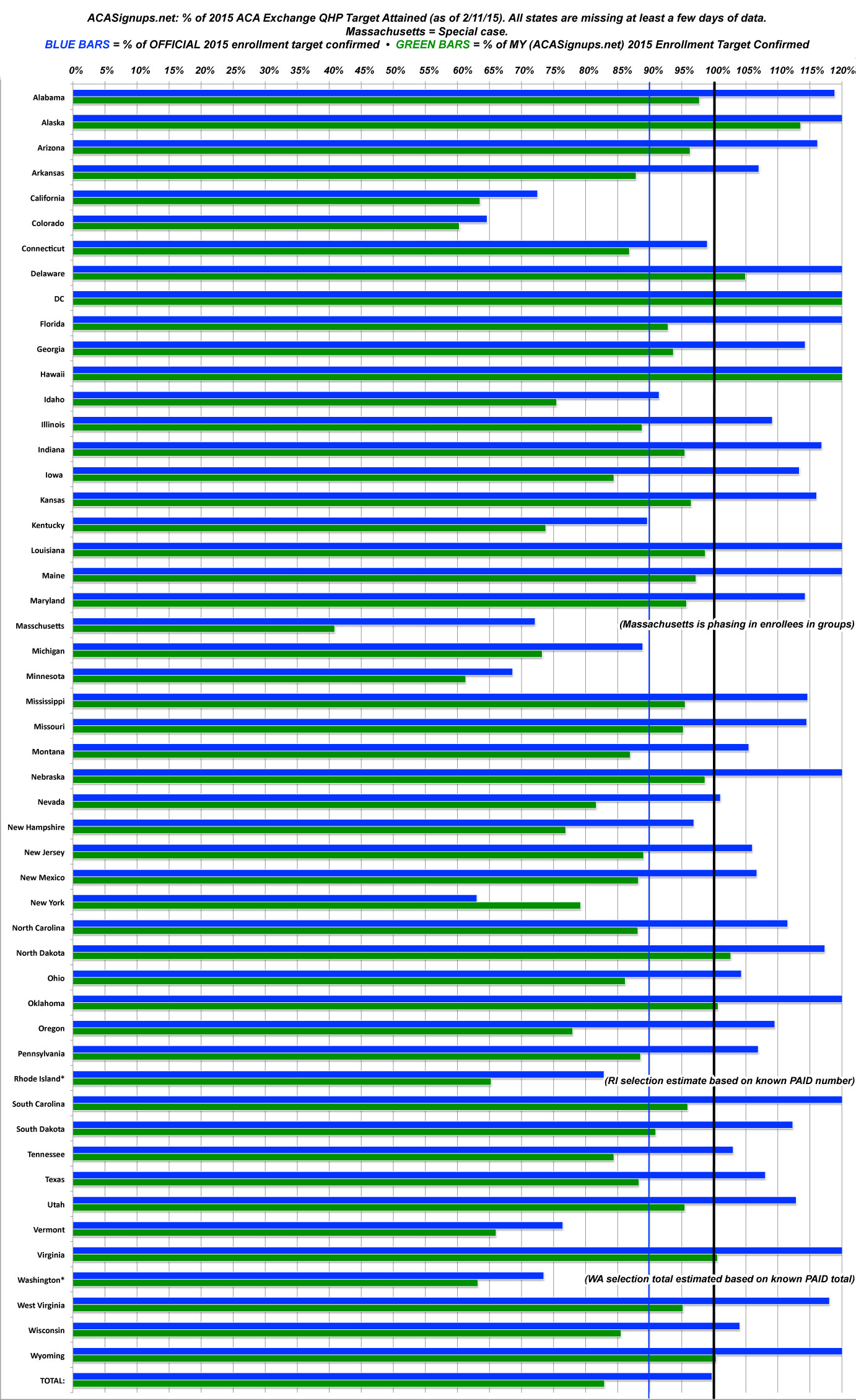