A few weeks ago I noted that thanks to the election of Democratic Governor John Bel Edwards (with an assist by David Vitter's diaper fetish), up to 375,000 lower-income Louisiana residents became eligible for the ACA's Medicaid expansion provision starting a month earlier than expected (June 1st instead of July 1st).

Enrollment officially started early this morning (not sure if it was right at midnight or if they had to wait until the state offices opened or whatever), and as of around 11:40am...

Gov. Edwards announces that there are already 175,000 Louisianans enrolled in the expanded Medicaid program. #lagov #lalege

OK, Medicaid expansion ISN'T tapped out yet after all! Medicaid enrollment up 13.6M since Oct. 2013

Ever since Medicaid expansion officially kicked off in January 2014, the program's enrollment tally started swelling by hundreds of thousands of people every month, and continued to do so right up until July of this year, when it petered out completely: 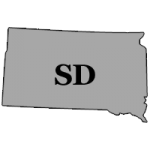