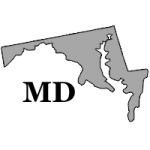 They even whipped up a simple video stepping you through the process (oddly, the background music seems to have been lifted from "There's Something About Mary", which is either a good or bad omen depending on your POV):

Long-time readers (and anyone from Maryland, I presume) know that the Old Line State (I have no idea whether that nickname is actually widely used?) was among those whose 2014 ACA exchange website turned out to be a huge technical mess. Oregon and Nevada received most of the headlines because they both ended up scrapping theirs completely and moving home to HealthCare.Gov this year (to be followed by Hawaii in 2016), but along with Massachusetts, Maryland went the "Try, Try Again" route.

Not sure how this one got by me, but the Maryland Health Benefit Exchange actually released some updated enrollment numbers over a week ago:

Nearly a half-million Marylanders — 493,346 — have enrolled in quality, affordable health coverage through Maryland Health Connection for 2015.

That includes 126,346 people enrolled in private Qualified Health Plans and 367,000 enrolled in Medicaid from Nov. 15, 2014 through July 5, 2015. About 92 percent of enrollees through the state’s health insurance marketplace are receiving some form of financial assistance.

Medicaid enrollments are year-round. And while open enrollment for private health insurance for 2015 coverage ended in February, people may still enroll if they have a qualified “life event.”

The "92% receiving financial assistance" bit is slightly misleading; that's true, but only because the Medicaid enrollees are lumped in. If you're talking about QHPs only, it's more like 69% (87.2K out of 126.3K). Whether that's a good or bad thing obviously depends on your POV.

Maryland is the second state to release their official, complete #ACATaxTime special enrollment period figures (Washington State ended their tax SEP on 4/17). Healthcare.Gov, DC Health Link and Covered California have released partial reports, while 3 states didn't offer the tax SEP at all, so this leaves 8 states which haven't given any #ACATaxTime numbers yet (Vermont has extended theirs even further, until the end of May).

For Maryland, here's the press release:

BALTIMORE (May 1, 2015) — More than 4,700 Marylanders took advantage of a special six week enrollment period that allowed them to enroll for health insurance to avoid an additional federal tax penalty for 2015 if they had already owed a tax penalty for lacking health coverage in 2014.

Marylanders who applied for the special enrollment period, which ran from March 15 through yesterday, attested that they owe the penalty for lacking health insurance in 2014 and that they became aware of this after the Feb. 15 close of open enrollment for 2015 coverage.

The Maryland Health Connection posted the following tweet at around noon Tuesday:

ALERT: Our call center has closed today due to the city disturbances. Find in-person help: http://t.co/HYoHhs8uRf

However, any impact on actual ACA enrollments should be nominal.

Maryland had 120,145 QHP selections during open enrollment. Assuming my combined #ACATaxTime + "normal" Off-Season enrollment rate estimate of roughly 10,500 people per day nationally (through Thursday the 30th, anyway) is accurate, MD's share of this should be roughly 1% of this, or around 108 people per day at the moment. Even then, only around 1/3 of the total would be specifically for the tax season special enrollment period (the others would presumably just be delayed by a few days).

Hmmm...the headline looks bad, but when you read further it's clearly a matter of perspective more than anything else:

An inspector general's probe found a lack of oversight and internal controls, not criminal wrongdoing, was the cause of the exchange's problems since the marketplace opened in 2013.

I'm expecting final official #OE2 enrollment reports from Massachusetts and Minnesota later today, but otherwise have to catch up on a bunch of my actual day job work. Here's three quick things to note:

MARYLAND: The Maryland Health Connection has released a big slideshow PDF with a mountain of demographic info. The only gripe I have is that it only runs through 2/15, so doesn't include the extra folks who signed up during the #ACAOvertime period. Data nerds, rejoice!!

This Just In from Maryland...

BALTIMORE (Feb. 25, 2015) — Maryland Health Connection is allowing consumers who owe a tax penalty for not having health coverage in 2014 to still enroll for 2015 coverage through a special enrollment period that will run March 15 through April 30.

Consumers who owe or have paid a tax penalty for not having coverage in 2014 would pay a higher penalty for this year if they also did not enroll for 2015. The open enrollment period to buy a Qualified Health Plan for 2015 ended Feb. 15.

The special enrollment period is for Marylanders who must pay the penalty for lacking health insurance in 2014 and who attest that they became aware of the penalty during this income tax filing season after the Feb. 15 close of open enrollment for 2015 coverage.

264,000 Marylanders enrolled through Maryland Health Connection for 2015
Qualified Health Plan enrollments top 119,000
Enrollments “in the pipeline” can be completed by Feb. 28

Due to high demand during the final weekend of open enrollment, Maryland Health Benefit Exchange is allowing people who started an application at MarylandHealthConnection.gov or contacted the call center by Feb. 15 to complete the process by Feb. 28. Figures for open enrollment will be revised after Feb . 28 to account for those completed enrollments.

MARYLAND HEALTH CONNECTION ALLOWING PEOPLE WHO HAVE BEGUN ENROLLMENT APPLICATIONS TO COMPLETE THEM UNTIL FEB. 28

BALTIMORE (Feb. 15, 2015) — Due to high demand during this final weekend of open enrollment for 2015, Maryland Health Connection is allowing people to complete their enrollments until Feb. 28, 2015. Marylanders need to have started an enrollment application at MarylandHealthConnection.gov or have contacted the call center at 855-642-8572 before midnight Sunday, Feb. 15 to be able to complete the process by Feb. 28.

After midnight Sunday, MarylandHealthConnection.gov will include the message: "Open enrollment for 2015 has ended. If you began to enroll by the February 15 deadline but were not successful, please check the box below and you may go ahead and complete your enrollment. You must finish your enrollment no later than February 28. … [ ] I started an application or called the call center to enroll by the February 15 deadline but was not able to complete my enrollment.”

This is something of an exclusive: I've received official notice from the Maryland Health Connection exchange that as of last night, their enrollment totals stood at:

How's this compare vs. prior weeks?