UPDATE: EXCLUSIVE: Luis Lang is back...and he's not happy at all with the Charlotte Observer or reporter who told his story

A new update to the ongoing saga of Luis Lang of Fort Mill, South Carolina.

As regular readers will recall, Mr. Lang's story went viral for several weeks back in May and June. Here's a refresher:

I honestly thought that was the end of his story, but back in late August out of curiosity, I did check in on his GoFundMe page and found a link to a rather interesting, if belated correction over at the Charlotte Observer (the newspaper which posted his story in the first place):

A Quick Update re. Luis Lang

Well, it turns out that at least one of the claims from the original article about him which went viral back in May has been corrected by the paper which ran the story...3 months later:

Luis Lang, the subject of a May 13 story centering on his struggle to find someone to pay for eye surgery, did not specifically blame President Obama for his inability to get insurance through the Affordable Care Act. He says he blames Washington and state politicians for gaps in the system.

It is our policy to acknowledge errors promptly. If you see a mistake, call us at 704-358-5040 or email corrections@charlotteobserver.com.

Hmm. Not sure that I'd call 3 months "promptly" but fair enough.

As for Mr. Lang himself, here's his latest updates on his medical situation from over the past month:

The FacePalm is strong with this story by Michael Tesler in the Washington Post (not that I'm criticizing the story, mind you; he did a great job on it):

But Obamacare has not simply been an ideological victory for the Democratic Party. The percentage of Democrats with health insurance has increased dramatically since the ACA’s marketplace went online in October 2013, according to weekly surveys conducted by YouGov for the Economist. In fact, the display below suggests that Democrats’ uninsured rates have essentially been cut in half under Obamacare.

Return to East DieQuicklington: The Medicaid Gap Workaround Confirmed (with an unpleasant twist)

Hey, everyone, remember this from March?

...here's a simplified example of how it works:

A Quick Update on Luis Lang

A couple quick developments in the ongoing saga of Luis Lang, the guy from South Carolina with serious medical and insurance issues whose story went viral a few weeks back. 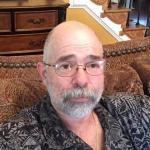 This July, up to 14 million people could be in Luis Lang's shoes...even if they did the right thing.

(title changed to be more accurate)

I was planning on saving this entry until we were closer to the King v. Burwell decision (expected to be announced near the end of June), but Greg Sargent of the Washington Post has kind of forced my hand with his own excellent follow-up to the Luis Lang saga:

But there’s another potential twist to the tale: Just as he is now seeking to get on Obamacare, he could very well find himself unable to sign up for coverage, if the Supreme Court rules for the challengers in King v. Burwell next month.

...an HHS official tells me that if he can get his income up a bit — it reportedly fluctuates — he could probably qualify for a category that would allow him to apply for Obamacare again before next year’s open enrollment period.

But if the Court strikes subsidies in three dozen states on the federal exchange — one of which includes South Carolina — it could put Obamacare even further out of reach for Lang.

I wish sincere good luck to Mr. Lang; he's going to need it.

An hour or so ago, Luis Lang, who earlier today announced his support of Single Payer healthcare and his decision to leave the Republican Party (specifically over their obstruction of the Affordable Care Act) posted the following update on his GoFundMe account:

Wow. All I can say is...good for him, seriously:

Luis Lang, who is currently crowdfunding for medical expenses that he can’t afford because he didn’t sign up for insurance under Obamacare, has become a viral sensation. However, the 49-year-old South Carolina resident says he doesn’t want to be the poster child for the Republican Party’s opposition to health care reform anymore.

Many people both here and over at Daily Kos have criticized me, either for donating a few bucks ot Mr. Lang in the first place or alternately, for coming down so hard on the guy in my blog posts. Some thought it was a waste of time (and money) to help the guy out, while others thought it was an equal waste of time/breath to chastize him, figuring that it'd fall on deaf ears. Still others thought that it's inappropriate to donate money with one hand while berating him with the other. Well, guess what?

Yesterday I posted a rather scathing entry about Mr. Luis Lang of South Carolina, followed by another one about the hundreds of almost entirely liberal / progressive-leaning donors (including myself) who have, as of this writing, ponied up over $12,000 to save him from going blind due to a combination of his own irresponsibility and his political party's decision to throw nearly 180,000 SC residents--including himself--under the bus.

Today, Mr. Lang has responded to all the hubbub...mostly (emphasis mine):

First of all I would like to thank ALL of the wonderful people that have donated to help me in my time of need. And I do mean everybody. When I started this I never meant it to became a political war. I am a honest person and I have to give a big thumbs up to the liberal side. Even though you have crucified me in your comments but you spoke with your heart with the donations. I respect everybody opinion whether I agree with you or not. That is why we live in the U.S.A. home of the free and free speech. As far as the conservative side I wish they would step up to the plate and do there part. Again thank you all and i will be posting updates with my condition.

sorry one last thing I have to hand it to the liberal side you sure do know how to get the word out when you dislike something. I say shame on the conservative bloggers for resting on there laurels.

As one of those who coughed up a few bucks to bail him out of his self-created mess, here's what I have to say to Mr. Lang:

So, this morning I posted a story about one Luis Lang and his wife, the ever-so-lovely Mary Lang, who are in quite a bind down in South Carolina.

The very short version is pretty much the headline:

Over at Talking Points Memo, Josh Marshall has a story about a guy in South Carolina named Luis Lang who's in a nasty situation due to a combination of bad timing, Republican cold-heartedness and, to be blunt, his own stupidity.

As the Charlotte Observer explains, Lang is a self-employed handyman who works as a contractor with banks and the federal government to maintain foreclosed properties. He was making a decent living, enough to be the sole breadwinner in the family. As the Observer puts it, Lang "he has never bought insurance. Instead, he says, he prided himself on paying his own medical bills."