Virginia SCC to Optima Health: We offered you a chance to lower your rates and YOU BLEW IT!

Just in case anyone thinks state insurance regulatory boards can't be hard-core badasses, consider the Optima Health situation in Virginia which I wrote about a couple of weeks ago:

By early September, it was clear that Trump would indeed be cutting off CSR funding. With just a few weeks left before the final deadline to sign 2018 ACA exchange contracts, Optima suddenly announced that they were not only jacking up rates a whopping 81%, they were also pulling out of a large chunk of the state, leaving large areas at risk of "going bare" without any ACA carriers whatsoever.

...Then, on September 14, with just days to spare and thanks to what I assume were some pretty intense backroom deals being made, Anthem suddenly announced that they were back in the game after all! 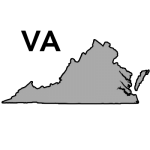