Update: Survey: 46% of current Medicare enrollees want to pull the ladder up behind them, and other cynical findings 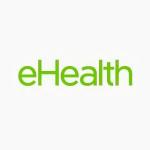 I had to think long and hard about what headline to use for this blog post. The first ones which came to mind were pretty crude, along the lines of "I've got mine, f*ck you!". After giving it some thought, I went with something a bit more genteel.

eHealth is one of the largest private online insurance brokers in the country. They sell ACA-compliant healthcare policies, but also sell other types of coverage, including non-ACA "short-term" plans, which regular readers (as well as eHealth) are aware I am not a fan of, to put it mildly.

Regardless, while I may not care for some of their offerings, they seem to be a reasonable company overall, and they regularly provide handy customer surveys on various ACA/healthcare topics which I find useful from time to time.

Today, no doubt in response to the new "Medicare for All" bill just released by the House Democrats, eHealth has released a new survey about Medicare attitudes:

eHealth Insurance
Medicare for All