This is really just a cleaned-up version of my earlier NM update from this morning, but it's worth having an official source now:

The New Mexico Health Insurance Exchange (NMHIX) reported a total of 26,412 New Mexicans had enrolled in qualified health plans as of March 31, 2014, according to the Office of the Superintendent of Insurance. This figure represents a 76 percent growth rate from the 15,012 enrollments confirmed at the end of February 2014.

In addition, as noted this morning, NM reports 11K OFF-exchange individual QHPs and another 13,500 off-exchange SHOP QHPs! The 11K are part of the alleged "9M" RAND QHPs, not sure how to handle the 13.5K SHOP QHPs, not that it makes much of a difference vs. 9M...

Oregon's Medicaid figure hasn't changed, but the exchange QHP tally is now up to an unspecific 59K (assuming this is as of yesterday):

Cruse said he became a full-fledged enrollee on a Moda plan in February. He’s now one of 59,000 people in Oregon who enrolled in private insurance after successfully navigating through the often cumbersome Cover Oregon process. Another 140,000 enrolled through the site on the Oregon Health Plan.

UPDATE: OK, scratch that. Looks like this article was quoting the 58,833 "total" QHP figure from the most recent official press release instead of the "net" figure which was exactly 3K less: 55,833.

Leaving this up since it's already posted but sorry about the mixup.

Now that my home state of Michigan has finally joined the Medicaid expansion program, the numbers are starting to come out, and are pretty impressive right out of the gate:

The Department of Community Health says that as of 12 a.m. Monday, roughly 27,000 individuals had been enrolled in Healthy Michigan, which is intended to provide health insurance for hundreds of thousands more low-income adults.

Ah, at last...the Federal exchange state data is starting to trickle in now...

Nearly 100,000 South Carolinians enrolled in a health insurance policy on HealthCare.govbetween Oct. 1 and March 31, the director of the state's insurance department said Monday.

But only some of those 97,387 individuals - about 57 percent - have paid their first month's premium, Director Ray Farmer said.

The number of people actually enrolled may go up or down through May 1 - the deadline by which that first payment must be made.

Data released Monday by the S.C. Department of Insurance shows a sharp increase in Obamacare enrollment in South Carolina during the second half of March. Approximately 30,000 people in this state signed up for a plan during the last two weeks of open enrollment.

It's nice to be able to plug in SC's data, but the "How many have PAID???" thing is more amusing. 31% of the enrollees don't have their policy start until May 1st, so it's only 69% who you would even expect to have paid yet. Presumably the bulk of the 11% in between will pay over the next few weeks, and the 31% May-starts will start paying in increasing numbers as well.

I'm not a private eye and I don't do corporate spying. 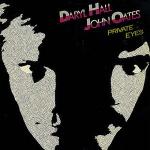 I was recently contacted by someone representing one insurance company who wanted me to attempt to find out specialized enrollment data about one of their competitors.

I don't blame them for giving this a shot; the insurance industry is, no doubt, a highly competitive business.

However, get this straight: If you want inside info on one of your competitors, go elsewhere. If your competitor happens to provide enrollment data for me, the odds are that it will be published publicly, which means that you'll will be able to view it by simply visiting the website just like anyone else.

As a courtesy, I am not going to identify either the person/company who made the request (nor the company they were trying to get information about).

However, I cannot guarantee that I won't do so if this happens again.

Clearing up a few things...

In the past 2 days, there have been two very flattering profile pieces published about ACASignups.net and myself. Both are pretty in-depth and involve interviews with others as well as myself, and they're both very well-written, but I do feel a need to clear up a few things:

1. I don’t “hate” being compared to Nate Silver; It’s incredibly flattering. I just think it’s a bit of an insult to HIM. That isn't false modesty...I really don't know anything about "probability distribution" or "loglinear regression" (in fact, I had to look those terms up just now).

2. I didn’t expect HHS to release the full, 30-page report every week, I just figured they'd release the top-line numbers (X in QHPs, Y in Medicaid or whatever) on a weekly basis (and hope they decide to do so the next time around).

3. I didn’t know that Aaron Strauss was a data consultant or that he was in charge of the Analyst Institute; I figured he was a regular schmoe like myself.

The 3 largest states with their own exchanges are California, New York and Washington State. WA did not allow an extension period, so that leaves CA & NY...the latter of which has just issued it's first post-3/11 update:

IF that's typical nationally (and that's a huge if), then that would suggest around 32K/day or around half a million total by 4/15...which is right at the low end of my new, lowered projection of 7.6M.

Two awesome reports to make you forget my last post

OK, so I may have gotten people's hopes up a bit too much with the 8M by 4/15 thing. Still, 7.6M or higher would still be awesome, and the two reports which were sent my way this AM should more than make up for my lowered projection.

First up is this from the Motley Fool, regarding hospital readmission rates, especially among Medicare recipients:

After hovering around 19% for years, hospital readmission rates began dropping beginning in 2012 and continued to do so into 2013. (The above chart reflects data through August of last year.) The national rate appears to still be falling considerably this year based on the latest data from the Centers for Medicare and Medicaid Services, or CMS.

Readmissions cost U.S. taxpayers a pretty penny. The federal government estimated that hospital readmissions for just Medicare patients has historically added up to $26 billion annually -- $17 billion of which could be avoided.

(Sigh) See, this is why, when I said "I'm not gonna do the prediction thing this time" I should have stuck with that.

Dan Pfeiffer's statement about "200K this week" on Meet the Press yesterday (which was down about 1/3 from what I was figuring) got me thinking about the contrast between his statement and Peter Lee's (head of CoverCA) statement about CA having around 250K potential QHP enrollees in the queue.

I don't have Sirius XM myself, but if anyone does, I'm scheduled to be a guest on "Left Jab" this evening, sometime between 7pm - 9pm. It's apparently on Channel 127.

I assume it'll be available as a podcast afterwards...

UPDATE: Nothing like having your kid banging on the door and shouting at you while you're on a live radio broadcast (sigh)...

Anyway, for anyone interested, the podcast of the show should be available around 9:30pm Eastern or so.

This is more of an updated/simplified version of my post from a couple of days ago. As I said, I'm not going to set up an elaborate spreadsheet and try to micromanage the projection data for the next 10 days the way I did during the regular enrollment period. Instead, I'm just going with a lazier, more general estimate: Based partly on the California data given by Peter Lee (500K partly done applications in under the 3/31 wire, half of which are likely Medicaid-bound), I'm figuring that total exchange QHP enrollments gonna end up somewhere around 900K total, for a nice round 8M by the end of April 15th. Perhaps a little higher (1M even?).*

As always, I'll be more than happy to be proven wrong, as long as I've undershot the mark :)

This breaks down to around 60K per day x 15 days, which is what I'll be tacking onto the Spreadsheet & Graph until the actual total comes out.

Moving the Goal Posts: Now it's "How many of the UNINSURED have paid???"

Oh for heaven's sake. Having grudgingly given up on the general "But how many have PAID????" argument (answer: around 85%, plus another 8% or so who will pay by the time they actually receive the bill or shortly after it's, you know, actually due), and having conceded some ground on the "But how many were UNINSURED???" argument (answer: At least 33% of the first 6 million, more likely a good 40% or more when the additional 1.1M+ are added in, and possibly even as high as 49% by some right-winger's own admission...see below), at least one Forbes writer openly opposed to the ACA is now moving onto the next tactic: Combining the remnants of these two arguments, Voltron-like, into a new talking point:

That's right, this is where they're trying to move the goal posts.

Hmmmmm...not sure what to make of this update out of KUNM in New Mexico. NM only had 18,691 exchange QHPs as of 3/15, so 51.4K would be absolutely insane (a 2.75x increase). It looks like they've mixed the SHOP enrollees into the mix, which means it's not quite that crazy--take those out and the QHPs are down to 37,400, or a "mere" doubling of the existing total. So...I guess that makes sense.

HOWEVER, this causes bigger questions, because the only data I've had for New Mexico's SHOP exchange was a mere 524 as of March 18th. How the hell did they manage to enroll 28 times as many people in the next 13 days???

Simple and to the point (it's Twitter, after all). Also, 95% paid. Looking more and more like my 93% rule of thumb may actually be overly conservative (pun intended):

President Obama's "7M on Medicaid Thanks to the ACA" Now True!! (UPDATE x2)

I don't usually write this all out, but given the interest in the site these days, I figured I would give a play-by-play of the process of breaking down the CMS reports by state, using the February CMS report just released an hour or so ago.

First, skip to Pages 12-16, where you can see the grand total for February (which, unlike the HHS reports, covers February 1-28 itself, none of this "Saturday closest to the end of the month" business):

Hmmm...that looks like a lot less than 3 million to me. The main reason for the missing 750K is because some of the new enrollments ran through the ACA exchanges (HC.gov/etc) while others went through traditional means (walking in the door of a state Medicaid agency office, etc). Furthermore, some of the states overlap--they're reported on both reports, which means I have to be careful not to double-count: