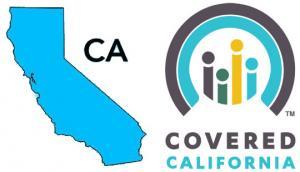 There's a lot to unpack in this press release from Covered California:

That's roughly 61,000 Californians who were able to enroll in ACA exchange policies specifically due to CA having an open SEP (that is, no requirement of coverage loss/etc. to do so).

Remember, the federal exchange only covers 38 states at the moment, representing roughly 73% of total ACA enrollees. I had previously confirmed at least 370,000 COVID-specific SEP enrollments across 9 states (including California), so this brings the total to at least 387,000 across those states.

Covered California issued a new report on Tuesday that detailed how it set a record for enrollment by meeting the needs of Californians and promoting enrollment in the face of pandemic and recession. The report, “Coverage When You Need It: Lessons From Insurance Coverage Transitions in California’s Individual Marketplace Pre- and Post- the COVID-19 Pandemic,” shows that as of June 2020, 1.53 million people were actively enrolled in Covered California, which represents the highest figure since the marketplace first opened its doors in 2014.

It's important to note that "actively enrolled" (aka "effectuated") isn't the same as the number of people who selected policies during the Open Enrollment Period, which has ranged between 1.4 - 1.6 million in California since the first OEP in 2013-2014. Usually between 5-10% of those who select plans don't ever end up paying their first monthly premium, and there's generally some net enrollment attrition over the course of the year as more people drop off their exchange coverage than those who newly enroll via Special Enrollment Periods.

“This recession is the first test for the Affordable Care Act in a down economy, and while the economic toll has been grim, we are glad to see that Covered California is serving as the resource it is intended to be,” said Peter V. Lee, executive director of Covered California. “We do not celebrate higher enrollment, since it is evidence of too many people losing job-based coverage, but we are showing that when people need us most, Covered California is here to help.”

Covered California’s 1.53 million consumers represents an 8 percent increase over its previous high of 1.4 million in March of 2018. The record enrollment has been driven by significant investments in marketing and outreach throughout its history, along with patient-first policies during the pandemic and recession. Covered California established a COVID-19 special-enrollment period from March 20 to Aug. 31, which allowed any eligible uninsured individual to enroll. In addition, the exchange spent $9 million on an ad campaign to spread the word to those who needed coverage during the crisis. A total of 289,460 people signed up for health care coverage during that time, which is more than twice the number who signed up during the same period last year.

Again, Covered CA's 2018 OEP total was 1.514 million people as of the end of January 2018; around 8% of those either never paid their first premium or dropped out after the first month or two.

“At a time when some are questioning the value of the Affordable Care Act, the COVID-19 pandemic underscores why health care for all is not only the right thing to do, but it is also sound public health policy,” said Lee. “Covered California should be seeing record enrollment because a safety net is of utmost importance during a health crisis and recession.  However, for that safety net to work right, you need sound policies like a robust marketing and outreach plan, Medicaid expansion and protection from junk short-term plans. Now is the time to build on the Affordable Care Act, and not turn away from a law that has helped so many.”

In contrast to the enrollment growth seen in California, the federally facilitated marketplace saw only a 27 percent increase in the number of consumers signing up for coverage through the end of May[1]. The federal marketplace — which is operated by the Centers for Medicare and Medicaid Services and provides coverage to Americans in 38 states — has cut back on marketing and outreach and opted not to offer a special enrollment period specific to COVID-19.

I've written a lot about CMS's refusal to create an "open" SEP for HC.gov. I haven't really noted that they've also been nearly radio silent about the standard SEP available for those who've lost their coverage.

Covered California’s analysis found an additional 500,000 Americans would have been insured during the pandemic if the federal marketplace had equaled California’s pace.

“The sad reality is that hundreds of thousands of Americans are facing the pandemic without insurance because of decisions made in Washington to undermine, rather than embrace, the Affordable Care Act,” said Lee. “Policies matter, and the goal of any exchange should be to promote enrollment and ensure that people have the coverage they need to protect themselves and their family.”

Since first offering coverage in 2014, Covered California has used all the tools of the Affordable Care Act to build a strong and sustainable individual market that helps keep health care premiums as low as possible. Covered California’s 11 contracted qualified health plans vie for consumers based on price and quality. Significant investments in marketing and outreach have led to steady enrollment and a consumer pool that is consistently among the healthiest in the nation. In addition, California expanded its Medicaid program (known as Medi-Cal) and outlawed short-term plans that do not cover pre-existing conditions or provide essential health benefits.

As a result, the individual market in California has enjoyed two consecutive years of record-low rate changes with only a 0.8 percent rate change for the 2020 coverage year, and based on preliminary rates, an increase of only 0.6 percent for 2021. Compared to the rest of the nation, California’s individual market health care premiums are estimated to be about 20 percent lower than what they would have been if the state’s enrollment looked more like that of the federally facilitated marketplace, which has enrolled fewer consumers who also have a less-healthy risk profile.

Interesting! I'll definitely have to dig into the analysis...

Other major findings of the report are:

This is a reasonable philosophical debate; after all, the entire point of the limited-time Open Enrollment Period is to prevent gaming of the system. However, as I've noted before:

The point of a deadline is a) to prevent people from trying to game the system by deliberately waiting until they're sick/injured before enrolling in coverage (thus driving up premiums for everyone else) and b) to goad people into actually taking action (deadlines do have a clear positive impact on enrollment). With the COVID-19 pandemic having thrown the entire healthcare system into disarray, neither of those seem to be much of a factor this year.

Back to the press release...

This is a good reminder that one of the challenges of the individual market both before and under the ACA is that it functions as both long-term health insurance for many self-employed people like my wife and I and as temporary coverage for people who are between jobs or experiencing other life transitions. In that sense, for many people, ACA exchange plans are the "short-term plans" that the Trump Administration keeps trying to push so hard...it's just that ACA plans still include allof the protections regardless of whether you're enrolled in one for one month, six months or five years straight.

Covered California’s Lee is also taking the lessons from California to Congress, where he will testify tomorrow at the House of Representatives Committee on Energy and Commerce Subcommittee on Health. During the hearing, titled “Health Care Lifeline: The Affordable Care Act and the COVID-19 Pandemic,” Lee’s submitted written testimony focused on how Covered California has built on and gone beyond the Affordable Care Act, how it has responded to the first critical test of the law and the lessons learned during this pandemic and economic downturn.

Lee called on Congress to look at national solutions to lower premiums and make coverage more affordable by expanding the subsidies available through marketplaces, as well as providing Americans with inadequate employer-sponsored insurance an option to have truly meaningful coverage, and address the health-related inequities and disparities spotlighted by the COVID-19 pandemic faced by communities of color throughout the nation.

The first two of these refer to killing the subsidy cliff & beefing up the subsidy formula (already done in H.R. 1425 passed by the House in July, gathering dust in the Senate) as well as fixing the "Family Glitch" (also addressed by H.R. 1425, I believe).

“The pandemic and recession have shined a spotlight on the fragility for many of relying on employer-sponsored insurance and the barriers consumers face when they need care — whether it is for COVID-19, diabetes or cancer,” Lee said. “We need national policies that build on the Affordable Care Act’s tools to address the issues of affordability and comprehensive coverage, both in marketplaces and employer-sponsored plans.”